Garrett Powell had no idea that sharing an Instagram post would cause him to lose tens of thousands of followers and unleash an onslaught of anger against him.But when most celebrities were posting black squares to call attention to Black Lives Matter, the former Bachelorette contestant posted an American flag — and Powell says the backlash opened his eyes to the dangers of political conformity.

“I might catch a lot of heat for it,” he said during an interview with the Daily Caller News Foundation, “but maybe someone needs to speak up about all this stuff, because frankly, I believe that 90% of the people in the Bachelor community are gonna post a black square and then not doing anything about it, just posting the black square because they want to show everyone they care, but they’re not really doing anything.”

Powell discussed his experiences as both a conservative Republican and former Bachelorette star in a Wednesday interview with the DCNF. The 27-year-old Alabamian went on Season 15 of The Bachelorette and sought to win Bachelorette Hannah Brown’s heart — a move that came after his girlfriend dumped him on vacation and his sister-in-law jokingly signed him up, he told the DCNF.

Powell did not end up with Brown, but he did gain an Instagram following of some 206,000 followers. He also became friends with many of the other men who went on the show with him, with whom he said he had honest and respectful conversations about politics.

These stars frequently post intimate details of their daily lives. Following the death of George Floyd, a black man who died while in police custody after an officer knelt on his neck, many of these Bachelor and Bachelorette stars began posting black squares or pictures and Instagram stories of themselves attending protests.

Powell was one of the few stars to advocate for both respect for police and an end to racism. (RELATED: ‘You’re Going To Kill Me Man’: Body Cam Transcripts Show George Floyd Told Officers He Couldn’t Breathe 20 Times)

When most of Bachelor Nation posted black squares with the hashtag “Black Lives Matter” on Blackout Tuesday, Powell posted a picture of the American flag with the hashtags: “Stop the violence,” “Remember George Floyd,” and “Refuse to be divided.”

“I think the message doesn’t need to be one race versus everybody else,” he told the DCNF. “It should be everyone coming together. What is a sign of unity better than the American flag?”

Before he posted the message, he said had about 206,000 followers. Since then he has dropped down to about 180,000 followers — and found himself at the receiving end of many angry replies and messages.

He described how one of his friends from Bachelor Nation called him up and asked what he was thinking, telling Powell that the post showed Powell was on a “different team.” (RELATED: Rioters Chase, Threaten Daily Caller News Foundation Reporter Through The Streets Of DC)

Powell said he was astonished at the statement, which he felt was “sheepish.” He told the DCNF that though he believes people should not place so much emphasize on a dating show, he also recognizes the influence Bachelor stars hold through their massive and dedicated followings.

“Dude, that’s BS,” he said he told his friend. “People are listening to us right now.”

The conversation and several others spurred him to shake off his fears and begin to frankly discuss his conservative beliefs, Powell said. He began explaining on his Instagram why he is conservative, pro-gun, pro-Trump, and pro-American, using Instagram stories to allow his followers to ask him questions about these topics.

He also agreed to become a Turning Point USA (TPUSA) Ambassador after TPUSA founder Charlie Kirk reached out to him and asked him to do so. 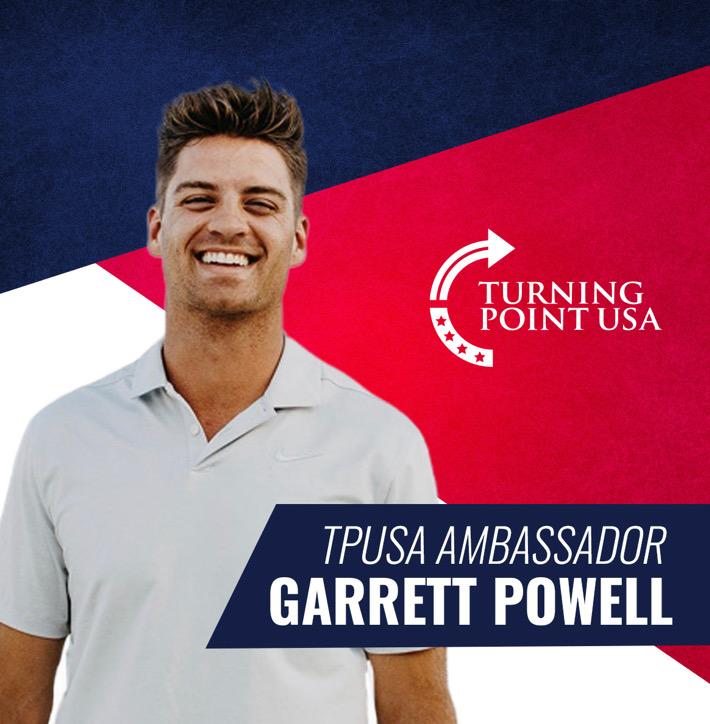 Powell said that he noticed people in his Instagram comments suggesting that he was discussing his conservative beliefs more in order to get followers — a comment he found ironic.

“Okay guys,” he said with a laugh, “you don’t post about conservative stuff if you’re trying to get more followers.” (RELATED: These Are The Police Officers Shot During The Riots)

The former Bachelor star lamented the lack of forgiveness in today’s society, referencing an incident wherein Bachelorette Hannah Brown said a racial slur during an Instagram live video. Powell discussed the onslaught of anger and outrage that followed Brown’s comment, calling Brown’s actions “terrible” and wrong but emphasizing that anyone who knows Brown knows she is not a racist.

“A lot of people were quick to judge,” he said. “It was a hot topic. Everyone was kind of saying the same thing.”

Bachelor stars’ readiness to immediately condemn Brown for her actions may have contributed to the vicious behavior from Brown’s followers, Powell said. Rather than continually tear Brown down, he suggested that Brown’s friends and supporters should have told her: “This was wrong, but you know what Hannah, you made a mistake. We still love you. We also forgive you for making that mistake — let’s move on together.”

There needs to be more emphasis on understanding, conversation, and forgiveness, Powell said. But he also wants those who criticized him for his political beliefs to know that politics are only one small aspect of who a person is.

“Don’t ever apologize for saying something that you believe in,” he added, referencing football star Drew Brees and fellow Bachelor star Garrett Yrigoyen, who have both apologized for their beliefs after facing backlash.

“You see people apologizing for things they believe,” he said. “Well, it’s your opinion, it’s your belief. You shouldn’t have to apologize for it.”