A study published Tuesday in The Lancet medical journal found that full lockdowns, border closures and high rates of coronavirus testing are not associated with a statistically significant reduction in the total number of critical cases or the virus’s overall mortality rate.

However, the study, which was based on data from the 50 countries with the most reported cases as of May 1, noted that lockdowns and border closures are likely associated with better overall health outcomes, as the measures helped drive down the rate of the virus’s transmission and reduce the load on hospital systems.

“However, in our analysis, full lockdowns and wide-spread COVID-19 testing were not associated with reductions in the number of critical cases or overall mortality,” the researchers added.

The study found two factors that were significantly associated with increased coronavirus mortality rate: the prevalence of obesity among the population, and a higher per capita gross domestic product.

“Countries with a higher per capita GDP had an increased number of reported critical cases and deaths per million population,” the researchers reported. “This may reflect more widespread testing in those countries, greater transparency with reporting and better national surveillance systems. Other potential putative reasons for the association might include increase [sic] accessibility to air travel and international holidays in wealthier countries.” 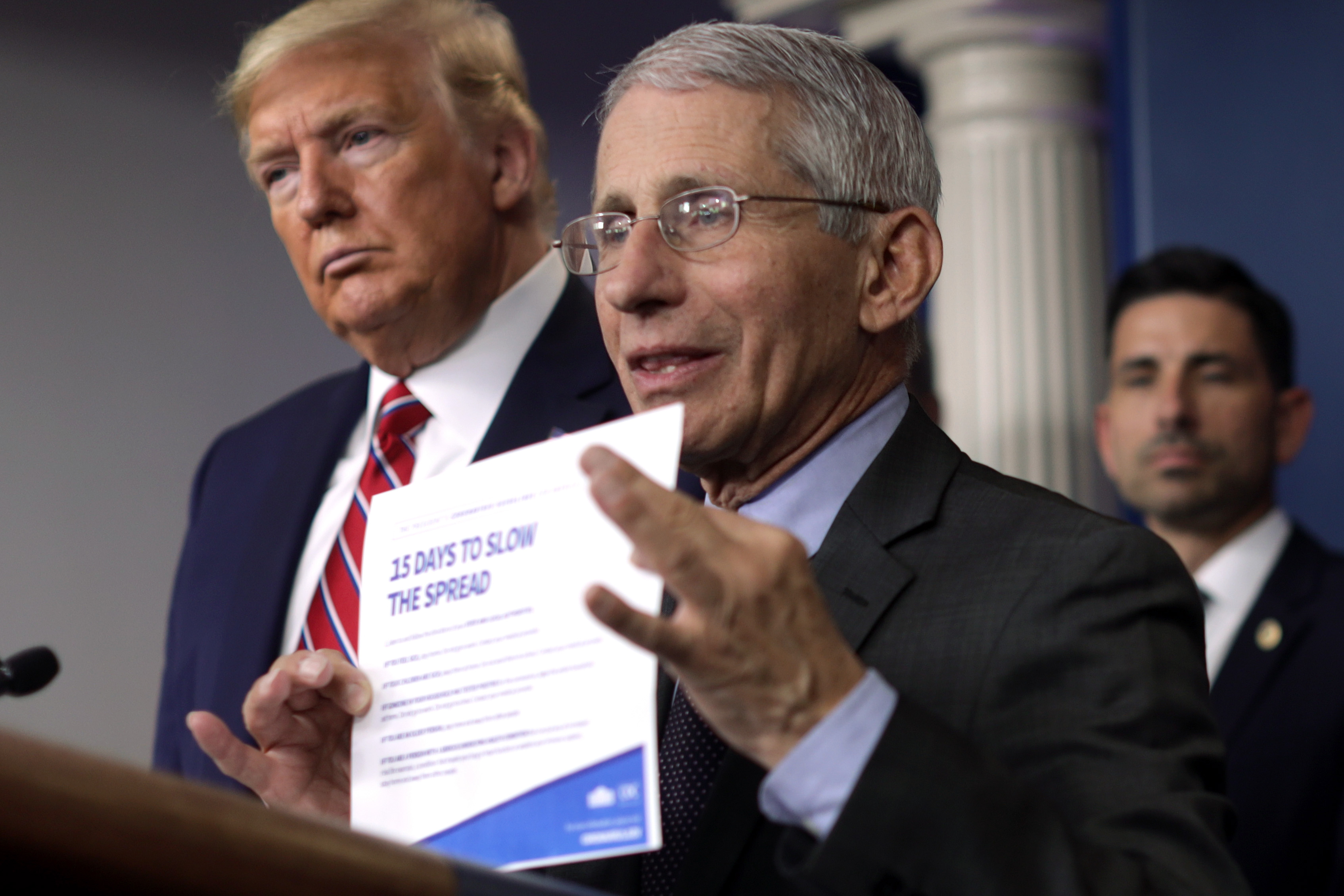 Director of the National Institute of Allergy and Infectious Diseases Dr. Anthony Fauci holds up the “15 Days to Slow the Spread” instruction as U.S. President Donald Trump looks on during a news briefing on the latest development of the coronavirus outbreak in the U.S. at the James Brady Press Briefing Room at the White House March 20, 2020 in Washington, DC. (Alex Wong/Getty Images)

The study did not address whether mask-wearing mandates have any effect on curbing the spread or reducing the mortality rate of coronavirus.

Much of the United States went under temporary lockdowns in the spring predicated on the goal of “flattening the curve,” or reducing the number of active cases at any given time which in turn reduces the overall strain on hospital systems.

Many states were in the process of lifting coronavirus restrictions as cases began surging again in June. Governors across the country have implemented a number of measures in an attempt to cut down the spread of the virus, including delaying their reopening plans and introducing expanded mask mandates, according to a tracker by The Washington Post. (RELATED: Multiple Studies Suggest Children Aren’t As Likely To Transmit Coronavirus, Even In School Settings)

California Governor Gavin Newsom reimposed major restrictions on his state in July, including ordering all bars to close statewide and closing indoor gyms, places of worship and other businesses in 30 counties across the state.