China launched a mission Thursday in an attempt to land its first spacecraft on Mars.

The mission was named Tianwen-1, meaning “quest for heavenly truth,” according to The Associated Press. China’s first attempt to send a spacecraft to Mars in 2011 failed when the probe burned up in Earth’s atmosphere.

“This is a kind of hope, a kind of strength,” said Li Dapeng, co-founder of the Mars Society’s Chinese branch, the AP reported. (RELATED: Virgin Galactic To Develop Private Astronaut Program And Space Station Transport Under NASA Deal) 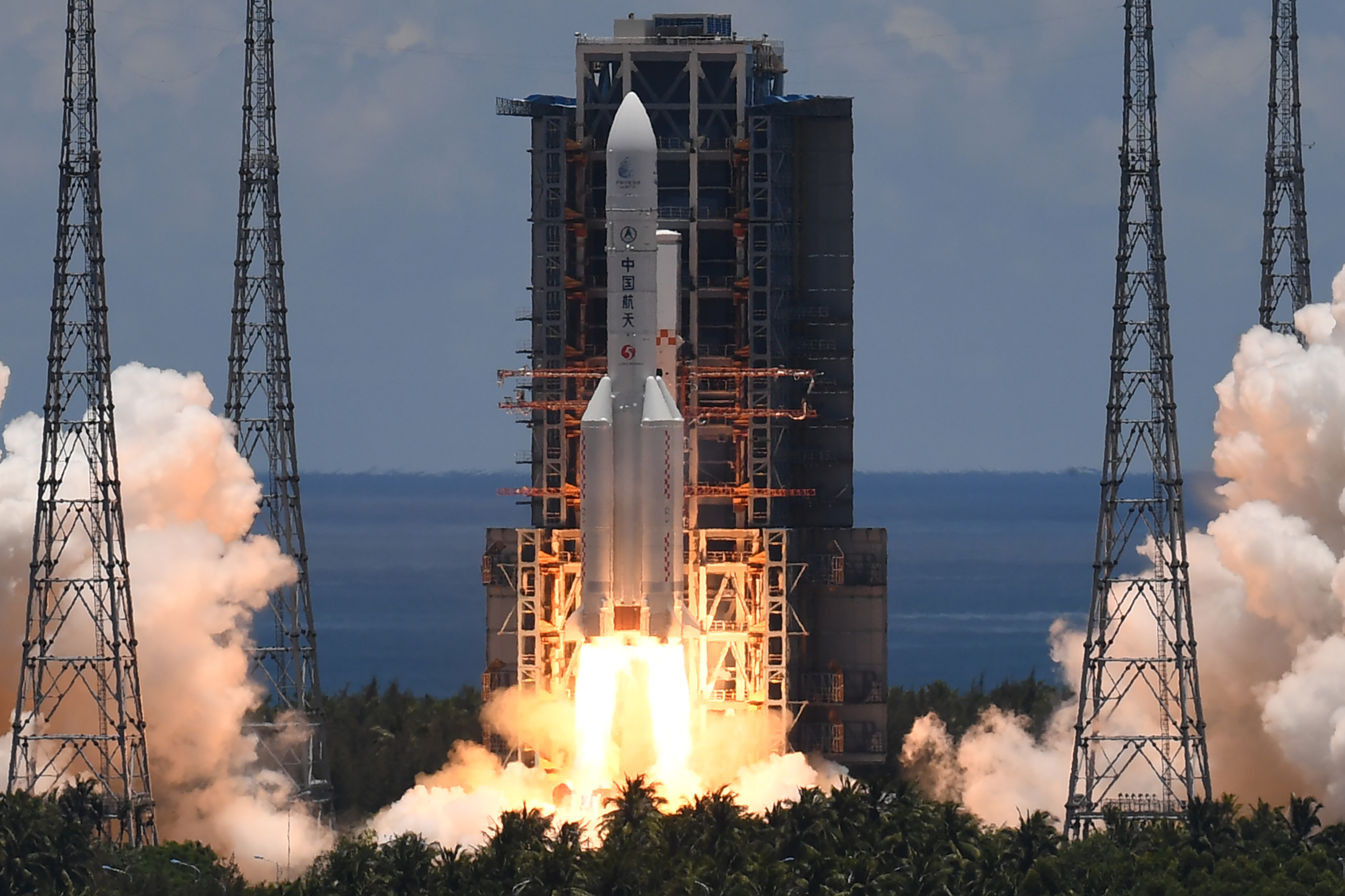 A Long March-5 rocket, carrying an orbiter, lander and rover as part of the Tianwen-1 mission to Mars, lifts off from the Wenchang Space Launch Centre in southern China’s Hainan Province on July 23, 2020. (Noel Celis/AFP via Getty Images)

The space voyage will last until early 2021 and is expected to land on Mars’s surface in February. according to The New York Times.

Ensuring the rocket’s equipment is “still working when it gets to Mars and survives entry and landing” is the next hurdle for the Chinese, said Jonathan McDowell, an astronomer at the Harvard-Smithsonian Center for Astrophysics, the AP reported. McDowell also called the mission “gutsy.”

A Chinese government spokesperson said the launch was a “key step of China marching towards farther deep space,” according to the AP.

#Tianwen1, #China‘s first #Mars probe mission, if successful, would also mark a first in human history as it aims to achieve orbiting, landing and roving all in one go. pic.twitter.com/kzCBMIpJqx

The Chinese space program’s launch comes after the United Arab Emirates’s “Hope” launched to Mars from Japan on Sunday, according to Space.com. “Hope” represents the Arab world’s first attempt at interplanetary exploration.

China’s mission launched one week before NASA’s planned mission launch to Mars. NASA will launch the rover Perseverance on July 30, according to Space.com. The car-sized rover will be equipped with a small helicopter.

The three separate missions were scheduled within weeks of each other because the window for Mars missions is small, according to Space.com. Earth and Mars align favorably for such missions once every 26 months.