A Rwandan refugee was arrested Saturday after confessing to starting the fire that destroyed parts of the Nantes Cathedral in France, numerous sources reported.

The unidentified man, 39, was initially detained as part of investigation protocol and then released a day after the July 18 fire. He was a volunteer tasked with locking up the building the day before the fire, and confessed to starting the blaze, his lawyer said Sunday according to Reuters. 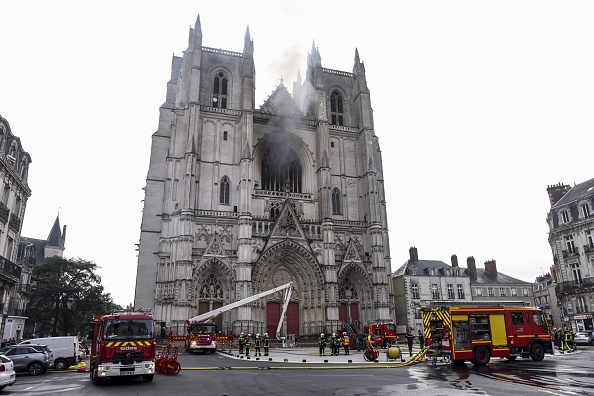 Firefighters are at work to put out a fire at the Saint-Pierre-et-Saint-Paul cathedral in Nantes, western France, on July 18, 2020. – A blaze that broke inside the gothic cathedral of Nantes on July 18 has been contained, emergency officials said, adding that the damage was not comparable to last year’s fire at Notre-Dame cathedral in Paris. (Photo by SEBASTIEN SALOM-GOMIS/AFP via Getty Images)

“With these confessions, there’s a kind of relief: it’s someone who is scared, who is somehow overwhelmed,” his lawyer, Quentin Chabert, told a news conference on Sunday according to Reuters. “It was important for him, with this cooperation, to show his sincerity.”

Nantes prosecutor Pierre Sennes announced that the suspect was charged with “destruction and damage by fire” and faced up to 10 years in prison along with possible fines of €150,000, or more than $176,000, AFP news reported according to Classic FM.

“He admitted during his first appearance for questioning before the investigating judge that he set three fires in the cathedral: at the main organ, the smaller organ, and the electrical panel,” Sennes told the Presse-Ocean newspaper Sunday. 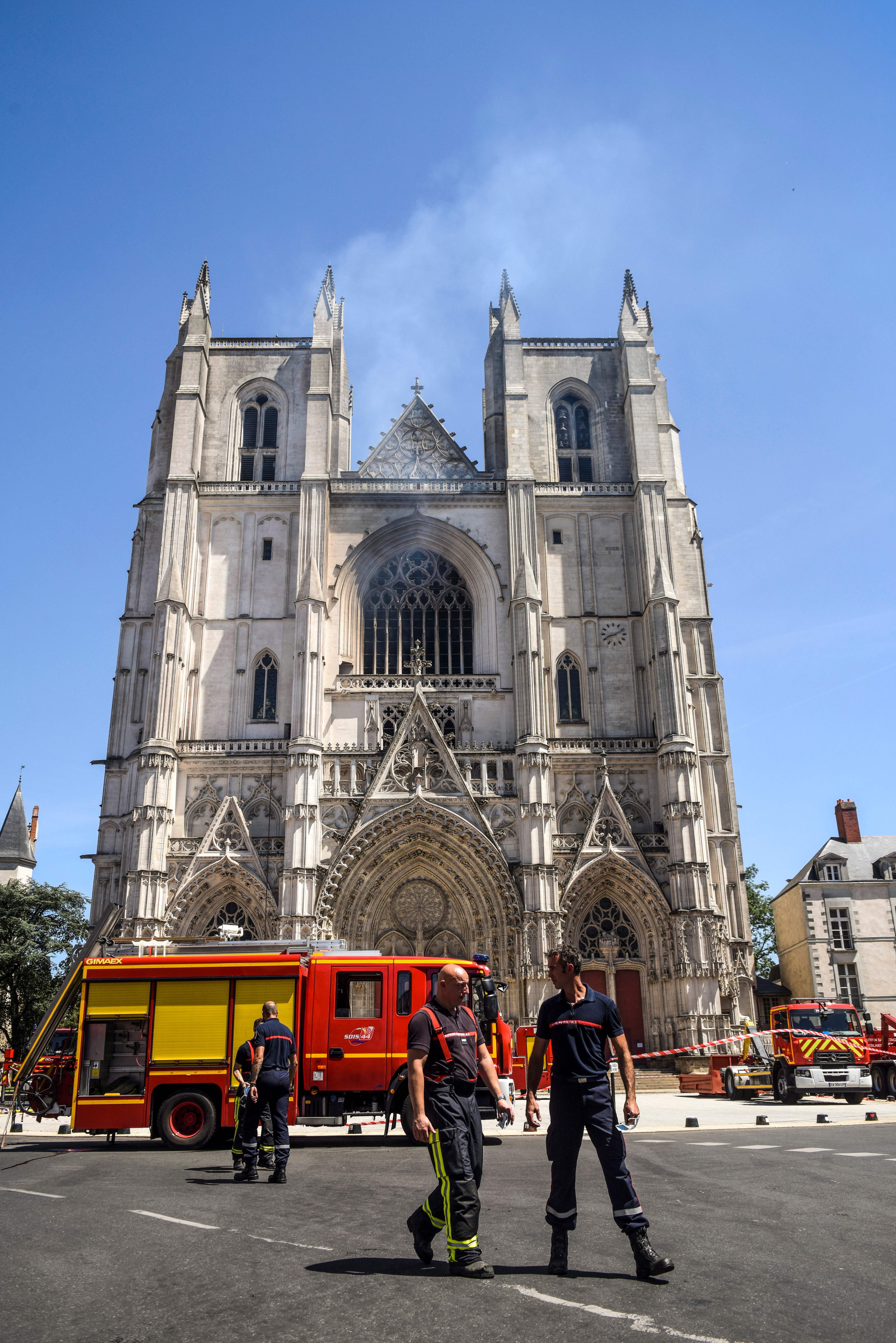 Firefighters are at work at the Cathedral of St Peter and St Paul in Nantes on July 18, 2020 after a fire ravaged parts of the gothic building before being brought under control, sparking an arson investigation and leaving Catholic officials lamenting the loss of priceless historical artefacts. (Photo by SEBASTIEN SALOM-GOMIS/AFP via Getty Images)

Investigators discovered three starting points for the fire, leading them to believe that it may have been arson. There was also no evidence of a break-in in any of the church’s several doors. Although most of the cathedral was saved, an organ built in 1619 that had survived the French Revolution and bombing during World War II was destroyed. Stained glass windows and a 19th century painting were also not spared by the fire. (RELATED: French Police Suspect Criminal Motive In Nantes Cathedral Fire)

The French Ministry of the Interior has said that attacks on Christian sites quadrupled between 2008 and 2019 in the country, according to RealClear Investigations. The Nantes Cathedral fire also comes a year after Notre Dame Cathedral in Paris was engulfed in flames.