A U.S. Army sergeant identified himself Thursday as the person who fatally shot a protester in Austin, Texas over the weekend saying he acted in self-defense.

Sgt. Daniel Perry said that he shot Garrett Foster in an act of self-defense Saturday night, according to his lawyer, CBS News reported. Perry is a ride-share driver and said he carries a firearm for self-defense in case a rider becomes violent in his car.

“Sgt. Perry and his family deeply sympathize with the loss and grief being experienced by Mr. Foster’s family,” said Perry’s attorney Clint Broden in a statement, according to CBS. “Sgt. Perry is devastated by what happened.” (RELATED: Protester Allegedly Holding An Assault Rifle Shot And Killed In Texas)

Perry did not realize a protest was occurring when he was surrounded by a “throng of people” and several “started beating on his vehicle,” Broden alleged, according to CBS. Perry then rolled his window down after Foster, who Perry thought was a police officer at first, approached his vehicle holding an assault rifle. 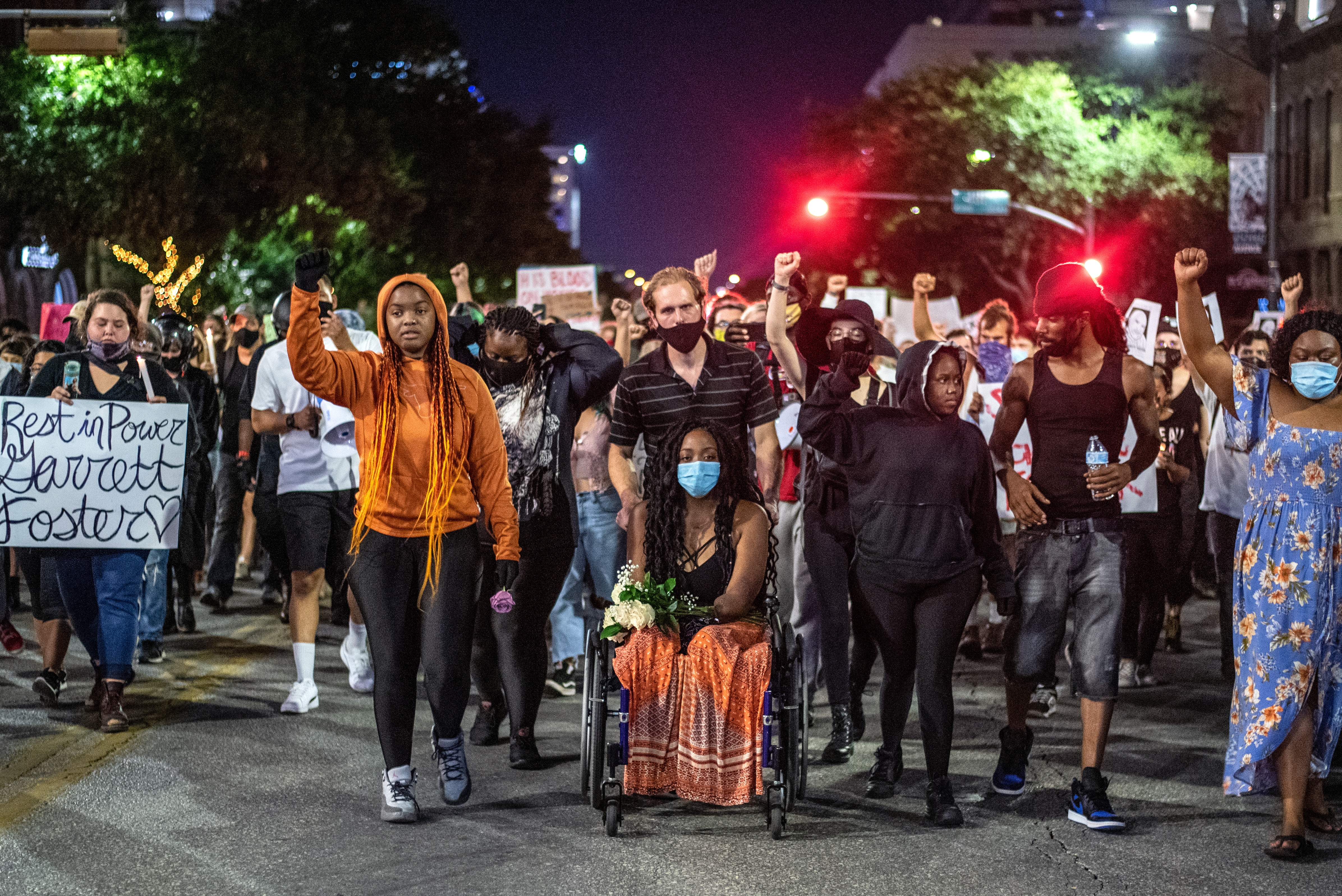 Perry then realized Foster wasn’t with any law enforcement agency, Broden said, according to CBS. Perry shot Foster after Foster allegedly raised his weapon toward Perry.

“Immediately after Sgt. Perry fired on the individual who raised the assault rifle toward him, a member of the crowd began firing on Sgt. Perry’s vehicle,” Broden said, according to CBS. “Sgt. Perry drove to safety and immediately called the police.”

Police officers who responded to the scene of the shooting spoke with several witnesses who reported different versions of the incident, according to a Monday Austin Police Department statement.

Perry and the individual who allegedly fired at Perry’s vehicle as he was driving away were both questioned and released, police said.

“This was intentional. It was aggressive and he accelerated into a crowd of protesters,” said witness James Sasinowski who offered a different account from Perry’s, CNN reported. “He could have waited for us to pass or he could have gone slowly. We would have allowed him to go through.”

Protests have occurred nationwide since the death of George Floyd who died on May 25 after a Minneapolis police officer kneeled on his neck, video of the incident shows.

Broden, Mickelsen, LLP, the law firm representing Perry, did not immediately respond to request for comment.