“Hey #GhislaneMaxwell [sic] just sitting outside, taking some time to de-stress after you & your lawyers shenanigans. Like the view?” Giuffre said Saturday night in the deleted tweet, which was archived from a Google cache. The tweet included pictures showing Giuffre relaxing by a pool.

“If you didn’t abuse 1000’s of minors you would not be staring at your toilet as a piece of artwork. #TimesUp #SpeakOut #WhoIsNext #KidsToo,” the accuser added. She has not responded to multiple requests for comment from the Daily Caller News Foundation. 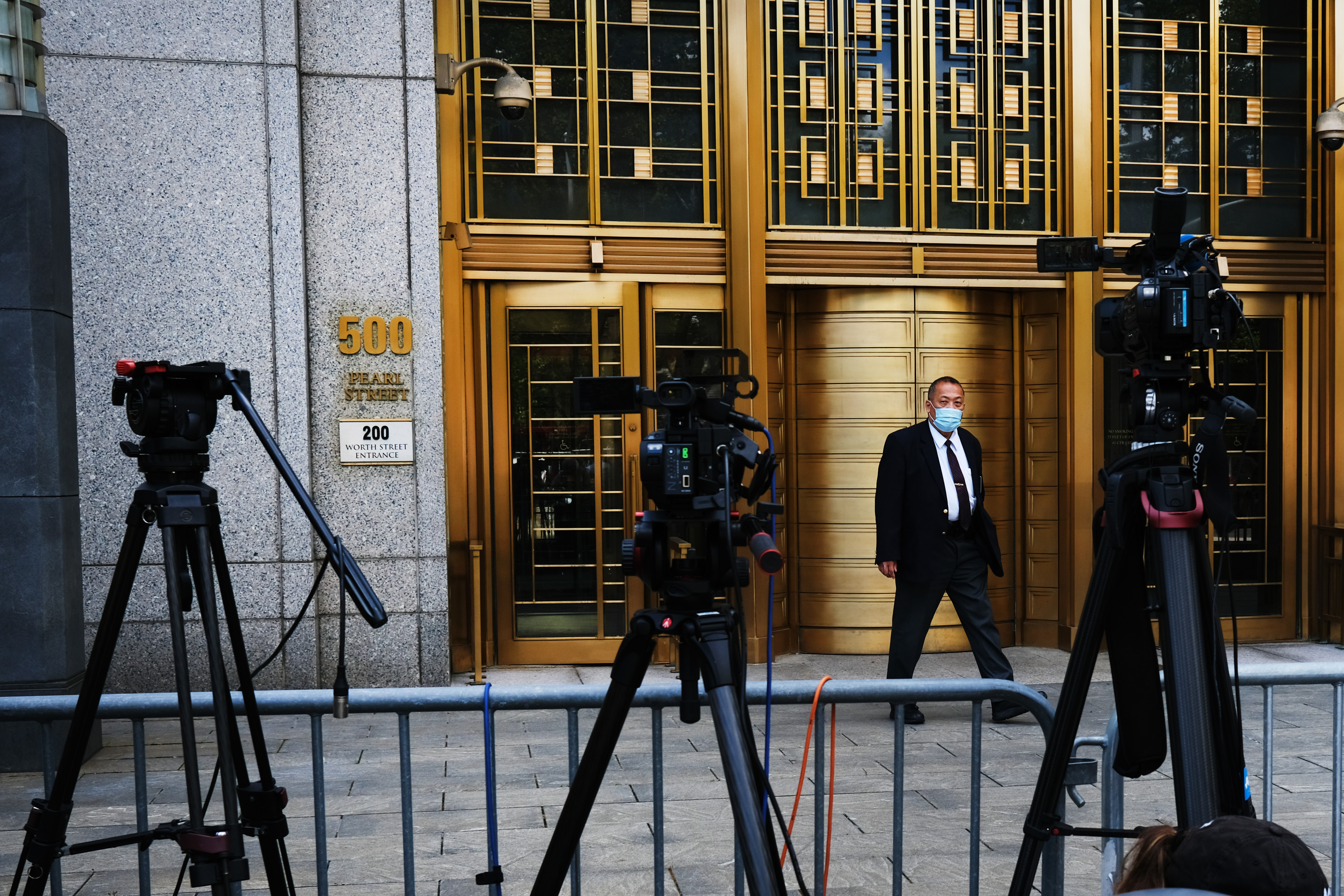 A court officer stands outside a Manhattan courthouse where media have gathered for the arraignment hearing of Ghislaine Maxwell on July 14, 2020 in New York City.  (Photo by Spencer Platt/Getty Images)

In transcripts of depositions from Giuffre’s previously settled 2016 civil lawsuit against Maxwell, Giuffre said that Maxwell engaged in “continuous” sex with both girls and women in front of Giuffre.

Some of these girls were as young as 15, Giuffre said.

Her tweet also came after newly unsealed court documents showed that Maxwell’s lawyers had attempted to paint Giuffre as someone who makes false rape allegations and forced her to disclose her full medical history, according to the New York Post. Maxwell’s lawyers also accused her of improperly obtaining police records, the Post reported.