Democratic Rep. Lacy Clay lost his primary in Missouri’s 1st District Tuesday to Cori Bush, a former nurse and pastor, becoming the seventh incumbent congressman to be unseated this year.

Bush, a progressive who supports the Green New Deal, Medicare-for-All and defunding the police, beat Clay by just over three points, according to The New York Times. Clay has represented the district since 1991, when he was elected to replace his father, who had held the seat since 1969.

Though progressive challengers have beaten multiple establishment Democrats in recent years, including New York Reps. Joe Crowley in 2018 and Eliot Engel in July, Clay is the first lawmaker of color to fall in such a primary, Politico reported.

Clay defeated Bush by nearly 20 points in the 2018 primary, but protests over police brutality and racial inequality have dramatically shaken Democratic politics, Politico reported, especially in St. Louis, which is southeast of Ferguson.

“Tonight, Missouri’s 1st District has decided that an incremental approach isn’t going to work any longer,” Bush told supporters after the race was called. “We decided that we the people have the answers, and we will lead from the front lines.”

Though Clay, a senior member of the Congressional Black Caucus, had touted his relationships to establishment Democrats, including Speaker Nancy Pelosi and Sen. Kamala Harris, and had expressed support for some of the same progressive policies as Bush, according to The New York Times.

Bush, who was endorsed by the progressive group Justice Democrats, is set to be the first black woman to represent Missouri in Congress, The New York Times reported. Missouri’s 1st District is solidly Democratic, according to Cook Political Report.

“If you didn’t know, now you know: the Squad is here to stay, and it’s growing,” said Alexandra Rojas, the executive director of Justice Democrats.

Bush’s win was not the only victory for liberals in Missouri Tuesday. Missourians also voted to expand Medicaid to over 200,000 low-income residents, becoming the latest red state to do so amid the coronavirus pandemic. (RELATED: Oklahoma Narrowly Passes Medicaid Expansion Amid Pandemic)

Watkins, who had been accused of three counts of voter fraud, lost to Jake LaTurner, Kansas’s state treasurer, by 15 points, according to The New York Times. 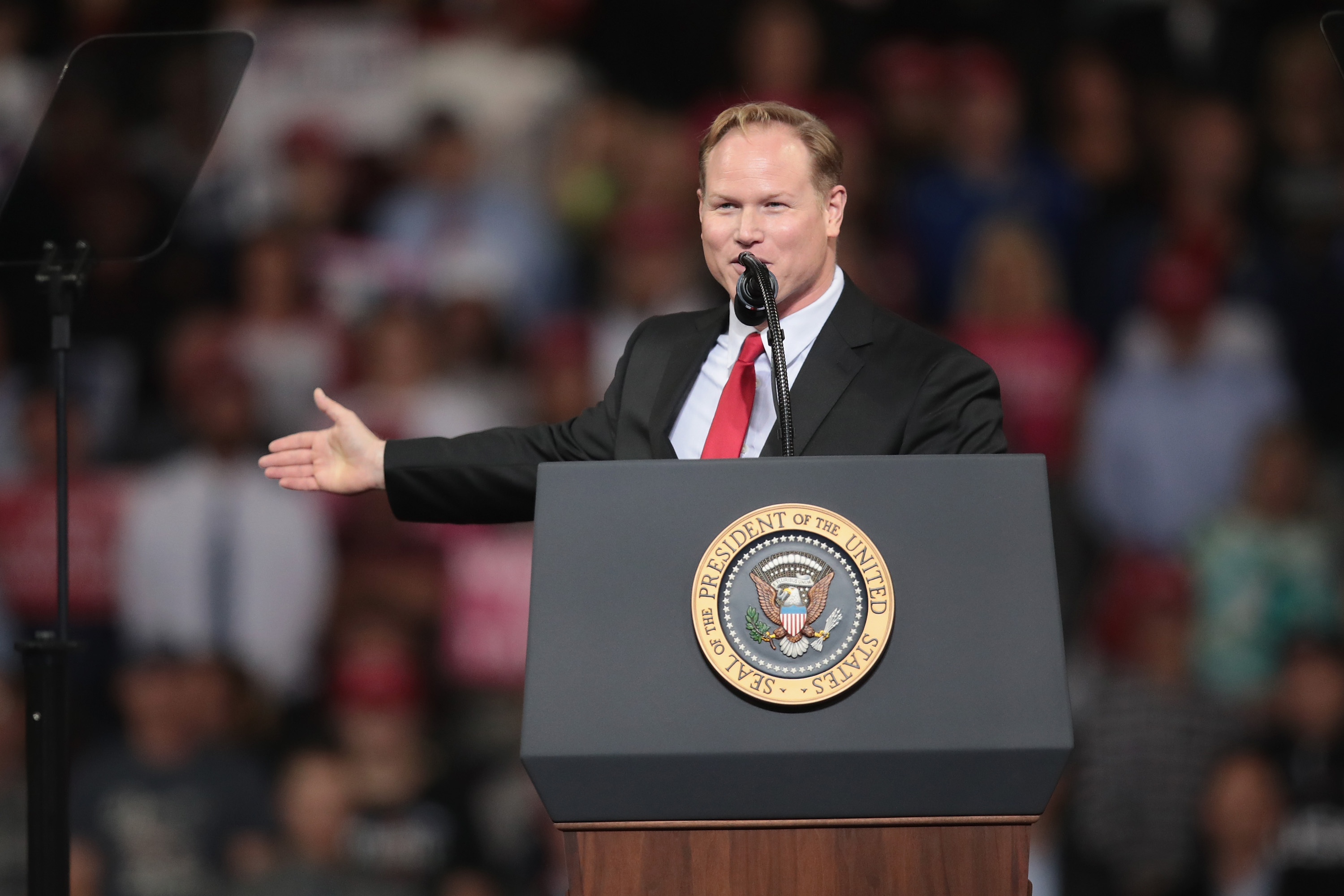 Republican candidate for the U.S. House in Kansas’ 2nd district Steve Watkins speaks at a rally with President Donald Trump at the Kansas Expocenter on October 6, 2018 in Topeka, Kansas. (Scott Olson/Getty Images)

Throughout his stint in Congress, Watkins was hobbled by a Federal Election Commission investigation into his father’s super PAC that funded his campaign, and was most recently charged with felony voter fraud after he listed a UPS store as his home address on his voter registration form, Politico reported.