Former White House advisor on Europe and Russia Fiona Hill is scheduled to release a book in 2021 about “polarized” America and “populism at home and abroad,” publisher Houghton Mifflin Harcourt announced Wednesday.

Hill’s book, “There Is Nothing for You Here: Opportunity in an Age of Decline,” is scheduled to be released in Fall of 2021, The Associated Press reported. (RELATED: ‘Bet On The Wrong Horse’-Fiona Hill Confirms Ukraine Was Currying Favor With Hillary Clinton In 2016)

“The book will draw on Dr. Hill’s deep expertise in the United States and Europe, as well as her personal experience on both continents, to explain how our current, polarized moment is the result of long historical trends — from imperial overreach to postindustrial decline — that have long afflicted Russia and the United Kingdom, and which now are beginning to affect the United States,” according to the publisher’s statement, the AP reported.

Hill, who served as senior director for Russian and European affairs on the National Security Council, was an important witness in President Donald Trump’s impeachment, the AP reported. Hill testified on Nov. 21 that she read a copy of the Christopher Steele dossier on Jan. 9, 2017, before BuzzFeed News published the document, and that she believed the dossier could have contained Russian disinformation.

The Steele dossier was used to investigate the Trump campaign for possibly working with Russians to affect the 2016 election. 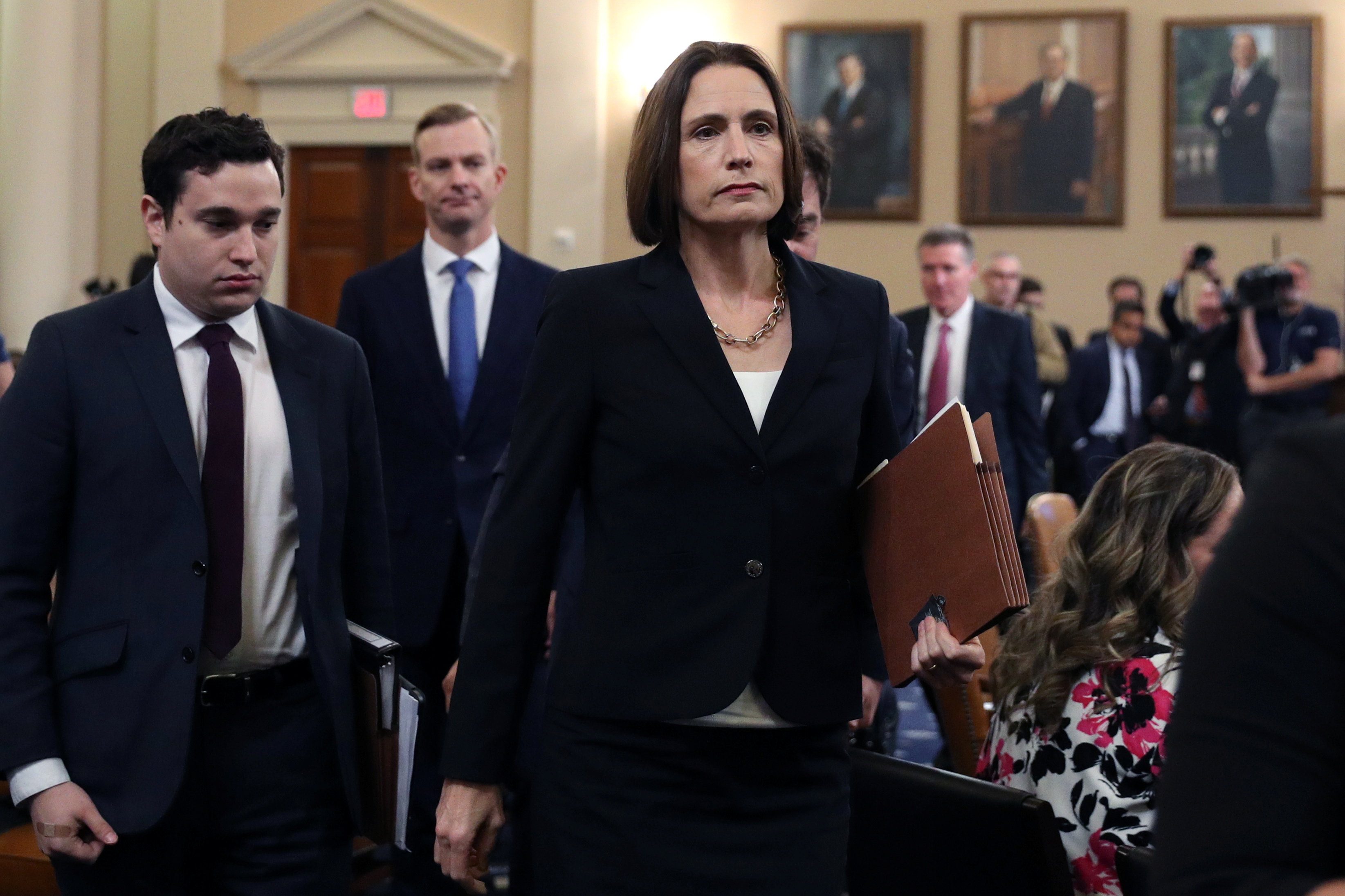 Fiona Hill, former senior director for Europe and Russia on the National Security Council, leaves during a recess break at a House Intelligence Committee hearing as part of the impeachment inquiry into U.S. President Donald Trump on Capitol Hill in Washington, U.S., November 21, 2019. REUTERS/Loren Elliott

“Hill will describe the origins and growth of deep, geographically concentrated opportunity gaps, and show how they have fueled the rise of populism at home and abroad,” according to the publisher’s statement.

Hill previously served in the administrations of former Presidents Barack Obama and George W. Bush, and resigned from the Trump administration in 2019. Hill is also a senior fellow at the Brookings Institution, a think tank in Washington D.C.

Senior editor Alex Littlefield of Houghton Mifflin Harcourt obtained the rights from Andrew Nurnberg Associates to publish Hill’s book, according to the AP.