Airport security is finding guns in passenger carry-on bags at triple the rate they did before the pandemic, per the Associated Press — and most of the guns they find are loaded.

Transportation Security Administration (TSA) officers found 15.3 guns for every million people screened in July. This is triple the number of those screened found with guns in July of 2019, at 5.1 per million people, according to the AP.

The TSA screened more than 830,000 passengers Sunday, a number that hasn’t been reached since March 17 as many are still apprehensive about flying due to the virus and events have been shuttered. 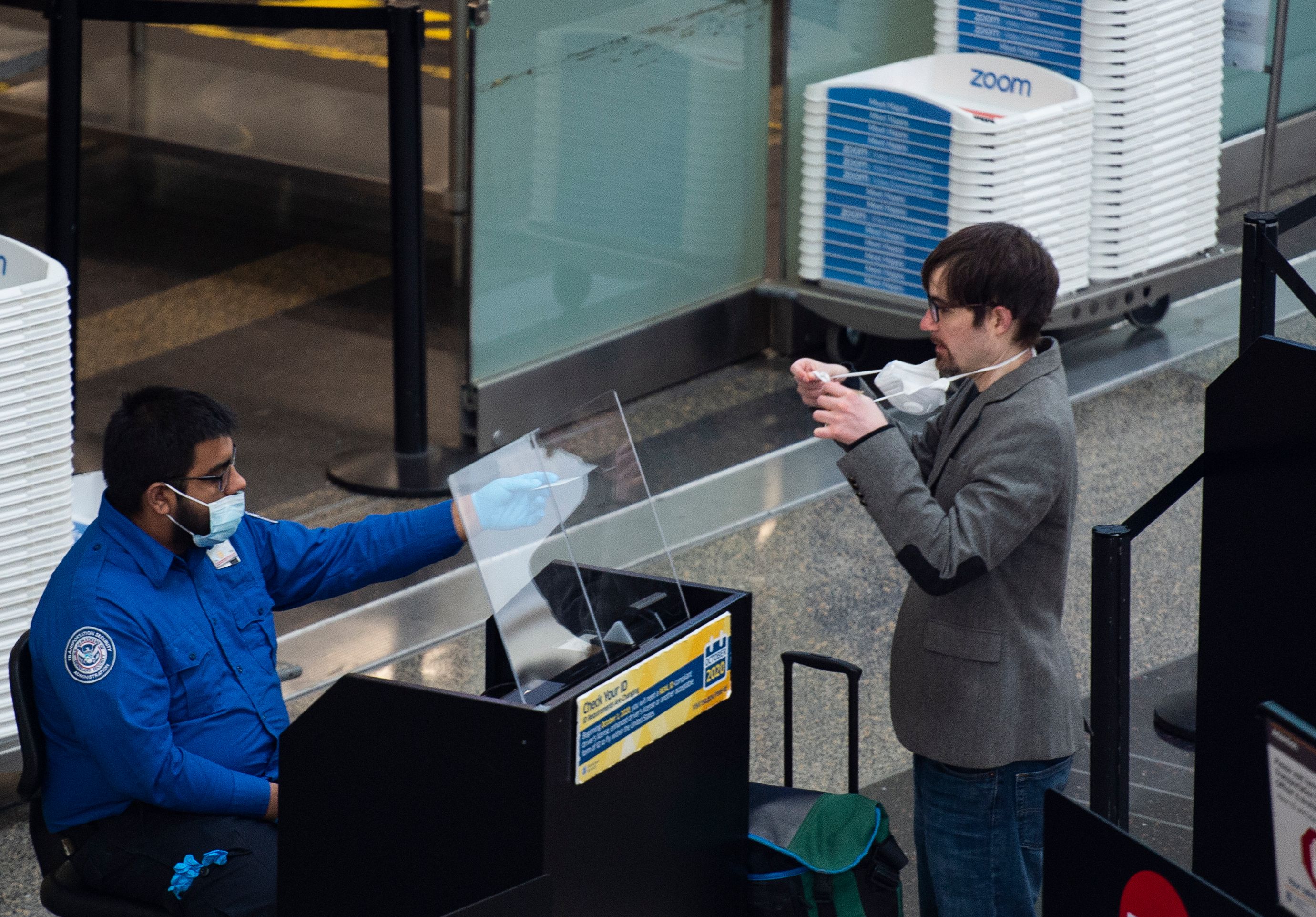 A passenger removes his mask as he has his ID checked by a Transportation Security Administration (TSA) employee in Ronald Reagan Washington National Airport in Arlington, Virginia, on May 12, 2020.  (Photo by ANDREW CABALLERO-REYNOLDS/AFP via Getty Images)

TSA Administrator David Pekoske told the AP the significant increase in the number of loaded guns at checkpoints just introduces another risk for TSA screeners amid other “conditions of heightened risks.” (RELATED: Report: Airlines Will Lose $100 Billion Because Of Coronavirus)

“Even more concerning is that 80% of the firearms coming into the checkpoint are loaded, and it’s just an accident waiting to happen,” Pekoske told the AP.

Many firearms detections at checkpoints result in arrests, citations, and confiscations. Travelers must make sure the firearm is unloaded and packed inside a hard sided firearm case. The traveler should also take the firearm to the airline check-in counter and declare that they are traveling with the gun, in addition to filling out a form.

The airline then makes sure the gun is placed in a part of the plane where no one would have access to it during a flight.