A Beijing spokesperson unloaded on a U.S. health official following the highest-level cabinet visit in 40 years to Taiwan Tuesday, which angered China amid already escalating tensions, the AP reported Wednesday.

China’s Foreign Ministry spokesperson Zhao Lijian rebuked Health and Human Services Secretary Alex Azar after remarks he made in Taiwan Tuesday about the Chinese Communist Party (CCP), accusing China of falling short of their ability to warn the world of coronavirus, but ultimately choosing not to, according to the Associated Press.

The CCP “had the chance to warn the world and work with the world on battling the virus,” Azar said, “but they chose not to, and the costs of that choice mount higher every day.”  (RELATED: US Health Secretary Alex Azar To Make Highest-Level Visit To Taiwan In Decades, A Move Likely To Anger China) 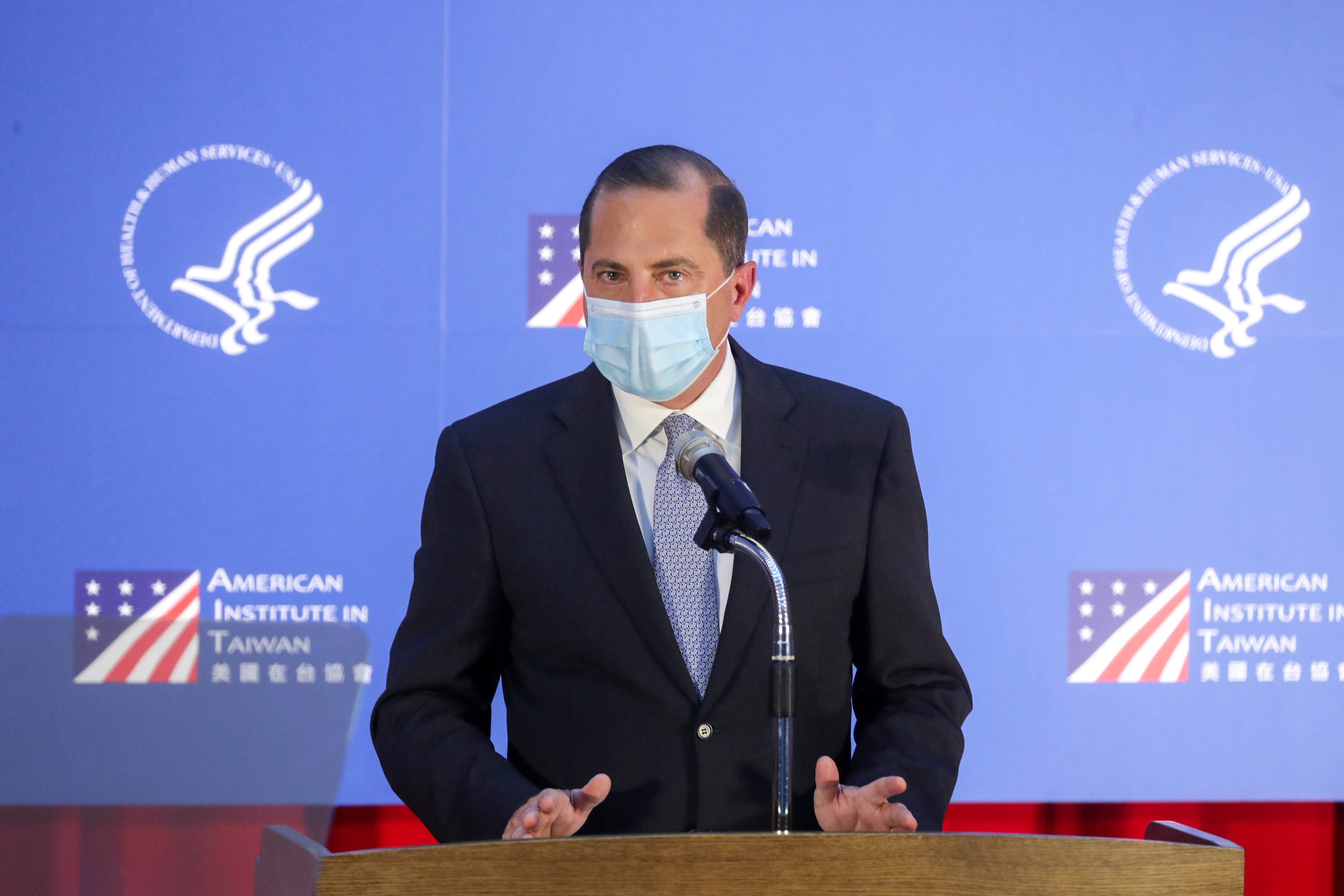 US Secretary of Health and Human Services Alex Azar (R) makes a speech at the public health college of the National Taiwan University (NTU) in Taipei on August 11, 2020. (Photo by PEI CHEN/POOL/AFP via Getty Images)

The foreign ministry said at a daily briefing that Azar “abandoned the millions of people who are struggling with illness and visited Taiwan instead to stage a political show.”

“We don’t know how he has the confidence and courage to shamelessly criticize China’s anti-epidemic achievements.”

Azar visited a face mask factory Wednesday and paid respect to the recently deceased former Taiwanese president before leaving Taiwan, according to AP. 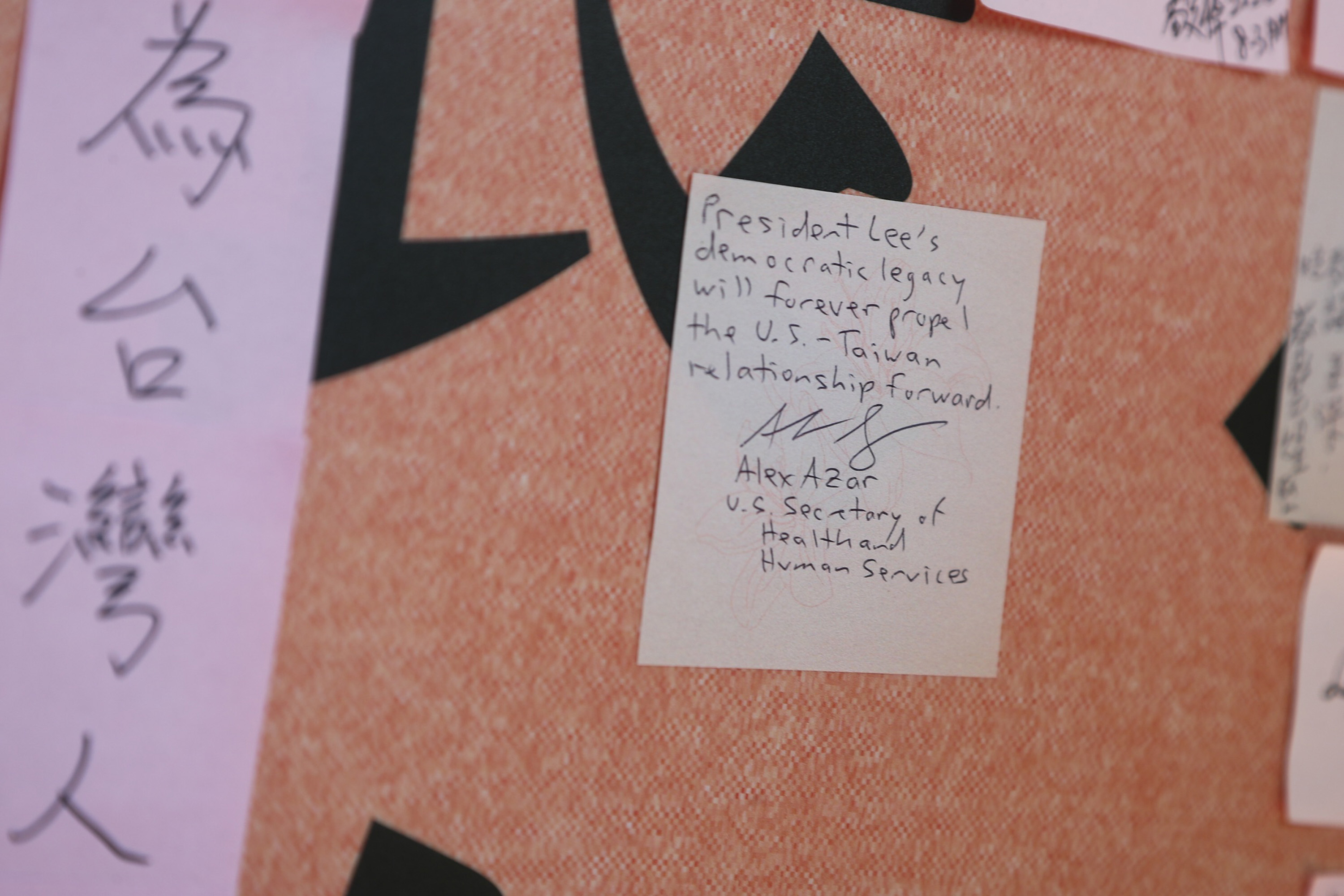 A note written by US Secretary of Health and Human Services Alex Azar is pasted on a board to honour of late Taiwanese president Lee Teng-hui at the Taipei Guest House on August 12, 2020. – Azar’s three-day trip is billed as the highest-level visit from the United States since it switched diplomatic recognition from the island to China in 1979. (Photo by Wang Teng-yi / POOL / AFP) (Photo by WANG TENG-YI/POOL/AFP via Getty Images)

The visit, which was intended to demonstrate President Donald Trump’s support for Taiwan for being a “model of transparency and cooperation in global health during the COVID-19 pandemic and long before it,” was expected to anger China. Foreign Ministry spokesman Wang Wenbin objected to the visit upon its announcement, calling Taiwan the “most important and most sensitive issue in China-U.S. relations.”

“This visit represents an acknowledgement of the United States and Taiwan’s deep friendship and partnership across security, economics, health care, and democratic open transparent values,” Azar said Monday in Taiwan’s capital, according to AP.

China views Taiwan as its territory, which has prompted careful handling of the subject so as to not derail trade deal negotiations with China in the past.

Prior to Azar’s visit, previous administrations have only sent lower-level cabinet secretaries to meet with Taiwanese officials. China has urged the U.S. to “cease all contacts with Taipei,” the foreign ministry said last week.