Parents and caretakers across the country are preparing their children to return to school — many for in-person and remote learning.

But a growing number are seeking other options, citing the complications that come with remote and in-person learning while a pandemic is taking place. Many parents don’t want their children to sit in front of a computer for several hours, and others believe that a highly-structured school day with minimal interaction with peers and obsessive sanitation would be frustrating for young children in particular. (RELATED: Coronavirus Or Not, Homeschooling Is A Great Option For Our Children)

Instead, the National Home School Association (NHSA) has reported that it’s seeing a surge in requests for information, as parents inquire about homeschooling their children instead of sending them back to the classroom or putting them in front of a computer screen, according to CBS 21. 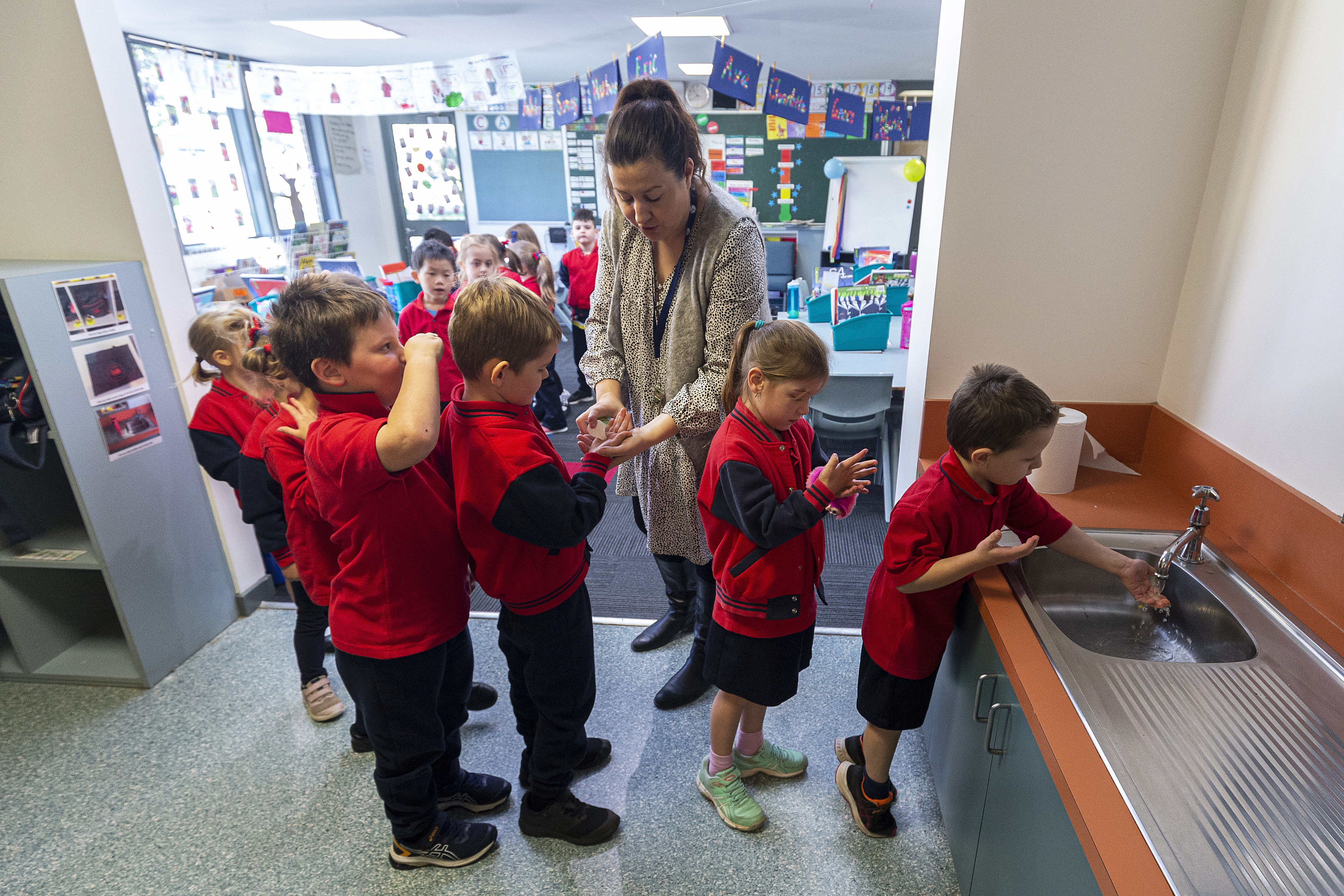 In July, the NHSA received more than 3,400 requests for information in a single day, a significant increase from the typical five to 20 inquirers per day. The number of homeschoolers in Nebraska rose to 3,400 as of July 14, up from 2,800 the year prior, a spokesman from the Nebraska Department of Education said, according to CBS 21. Homeschool advocacy group Families for Home Education in Missouri is being inundated with calls and emails every time a school district releases their reopening plan.

Parents like Courtney, who has a 4 and 6 year old child, are concerned about how adaptations to the school day could limit young children, whose hands-on experiences will need to be hands-off and sedentary to limit the spread of the virus. Courtney decided to homeschool for the first time instead of sending her kids to their parochial school in the fall, which is offering in-person instruction, but would prevent students from leaving the classroom, even for lunch or gym classes.

“It will be a sterile environment,” she told the Daily Caller. “The real kicker for me was their email description of recess and P.E.: socially distant sports and games. How? Kids can’t touch the same ball? Our second child will be entering K-4 this year, which is play based learning: hands-on, a lot of physical guidance and contact, and of course sharing. His preschool year would look so strange and he’d have to wear a mask,” she said. 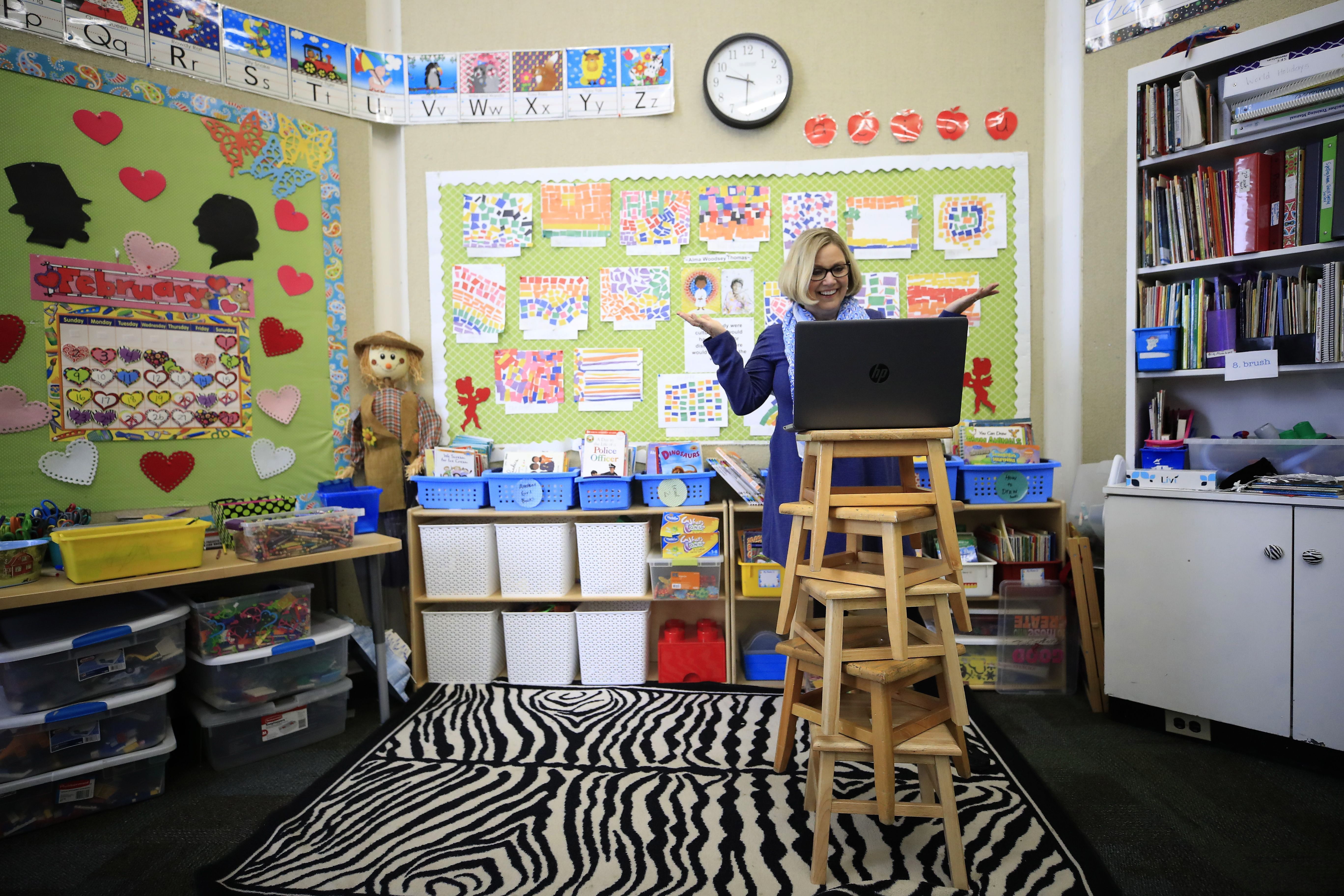 Joanne Collins Brock , a second grade teacher at St Francis School (Goshen) , teaches online in her empty classroom on April 15, 2020 in Goshen, Kentucky. Brock has been teaching daily online to her students because of the closure of schools in Kentucky due to the Coronavirus (COVID-19) pandemic. (Photo by Andy Lyons/Getty Images)

Sean from Los Angeles shares similar concerns about the restrictions his children’s school district would be enacting, ultimately deciding that instead of paying several thousand dollars for private school tuition, his family would just homeschool.

Restrictions at his children’s school include designated potty breaks, no music classes, no computer lab classes, and no recess.

Paired with the riots following the death of George Floyd, and what he referred to as “cultural Marxism,” it seemed like the best option for his children to teach them with a curriculum of his choosing.

“We are now enrolled in the Angelicum Homeschool program which provides a Catholic, Classical Western Liberal Education based upon the Trivium and classic standards,” he explains. “Much better, less expensive and a program where she will gain knowledge as well as intellect.  An appreciation of Western Society and Christendom as we have known it.”

Parents whose children have already experienced remote learning during the spring semester of 2020, when the pandemic caused schools to shut down, are also apprehensive about extending this mode of learning into the fall.

Rob from Indiana says that while his son excelled at remote learning, his oldest daughter in high school didn’t. For his two kids in 1st grade, he described remote learning as “hellish.” When their local school district decided to switch to remote learning to start the year, Rob withdrew his youngest two children. His wife, a stay-at-home mom, will be homeschooling them in the fall.

“Elementary kids can’t do remote learning on their own,” he told the Daily Caller. “[My wife] figured if she was going to be ‘homeschooling’ anyway, she would use her own curriculum instead of being tied to a screen tethered to the school.”