Postmaster General Louis DeJoy said Tuesday that he will suspend changes to the U.S. Postal Service until after the 2020 election to avoid interfering with races across the country.

DeJoy released a statement saying he wants to “avoid even the appearance of any impact on election mail” as the House was set to return back from recess Saturday to pass legislation for the USPS. DeJoy has also been called to testify before the House and the Senate, according to Axios.

“The Postal Service is ready today to handle whatever volume of election mail it receives this fall. Even with the challenges of keeping our employees and customers safe and healthy as they operate amid a pandemic, we will deliver the nation’s election mail on time and within our well-established service standards. The American public should know that this is our number one priority between now and election day,” the statement reads. 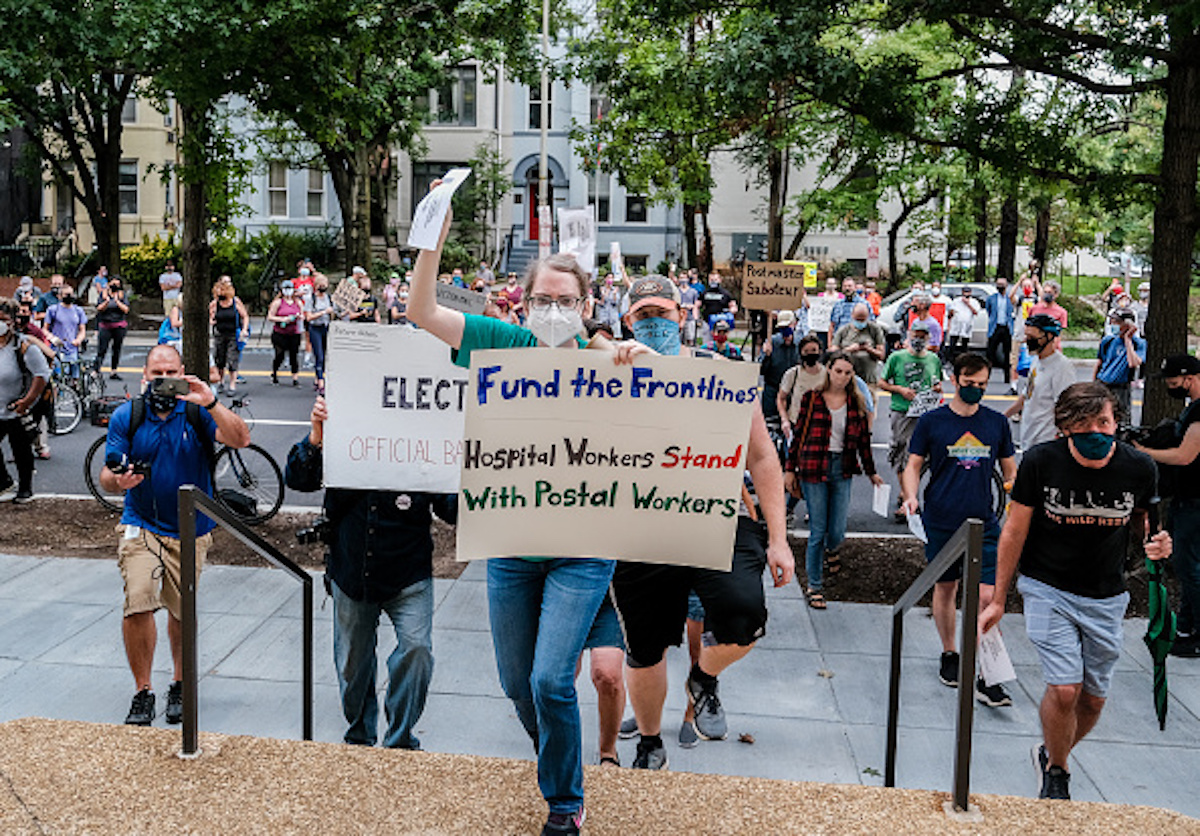 Demonstrators gather outside of the condo of President Donald Trump donor and current U.S. Postmaster General Louis Dejoy on August 15, 2020 in Washington, DC. (Photo by Michael A. McCoy/Getty Images)

“The 630,000 dedicated women and men of the Postal Service are committed, ready and proud to meet this sacred duty. I am announcing today the expansion of our current leadership taskforce on election mail to enhance our ongoing work and partnership with state and local election officials in jurisdictions throughout the country,” the statement continued.

“Leaders of our postal unions and management associations have committed to joining this taskforce to ensure strong coordination throughout our organization. Because of the unprecedented demands of the 2020 election, this taskforce will help ensure that election officials and voters are well informed and fully supported by the Postal Service,” DeJoy added. (RELATED: Postal Service Proposes Removing Some Letter Sorting Machines, Democrats Cry Foul)

The Senate Committee on Homeland Security and Governmental Affairs announced Tuesday that it will hold a hearing Friday with DeJoy as his actions at the USPS have been called into question by Democrats in both the House and Senate. (RELATED: Senate To Hold Friday Hearing With Postmaster General Louis DeJoy)

“Retail hours at Post Offices will not change,” DeJoy wrote. “Mail processing equipment and blue collection boxes will remain where they are. No mail processing facilities will be closed. And we reassert that overtime has, and will continue to be, approved as needed.”