The conspiracy claims that the Trump administration is tampering with post collection boxes in an effort to suppress votes leading up to the 2020 election. The allegations have been thoroughly debunked, but this has not stopped some from continuing to push the topic.

In fact, two Democratic congressmen wrote a letter to the FBI Monday pushing for a criminal investigation into Postmaster General Louis DeJoy, the WSJ editorial board noted. Pelosi announced Sunday that she is calling the House back into session due to the alleged concerns. (RELATED: Trump Critics Push Conspiracy Theories About Postal Service Mailboxes)

“Mrs. Pelosi is trying to put on a political show, starring Democrats as the saviors of the post office,” the editorial board wrote after providing evidence that the claims don’t hold water.

“This is a made-for-TV phony political crisis. The USPS has long-term challenges, but enough money to last into 2021. Mr. DeJoy says there’s ‘ample capacity to deliver all election mail.’ Some states have startlingly lax ballot deadlines, but nobody can pretend with a straight face that it’s the post office’s fault. Democrats have also scheduled a hearing for next Monday so they can yell at Mr. DeJoy in person. How long before Rep. Adam Schiff says it’s another Russia-Donald Trump conspiracy to steal the election?” 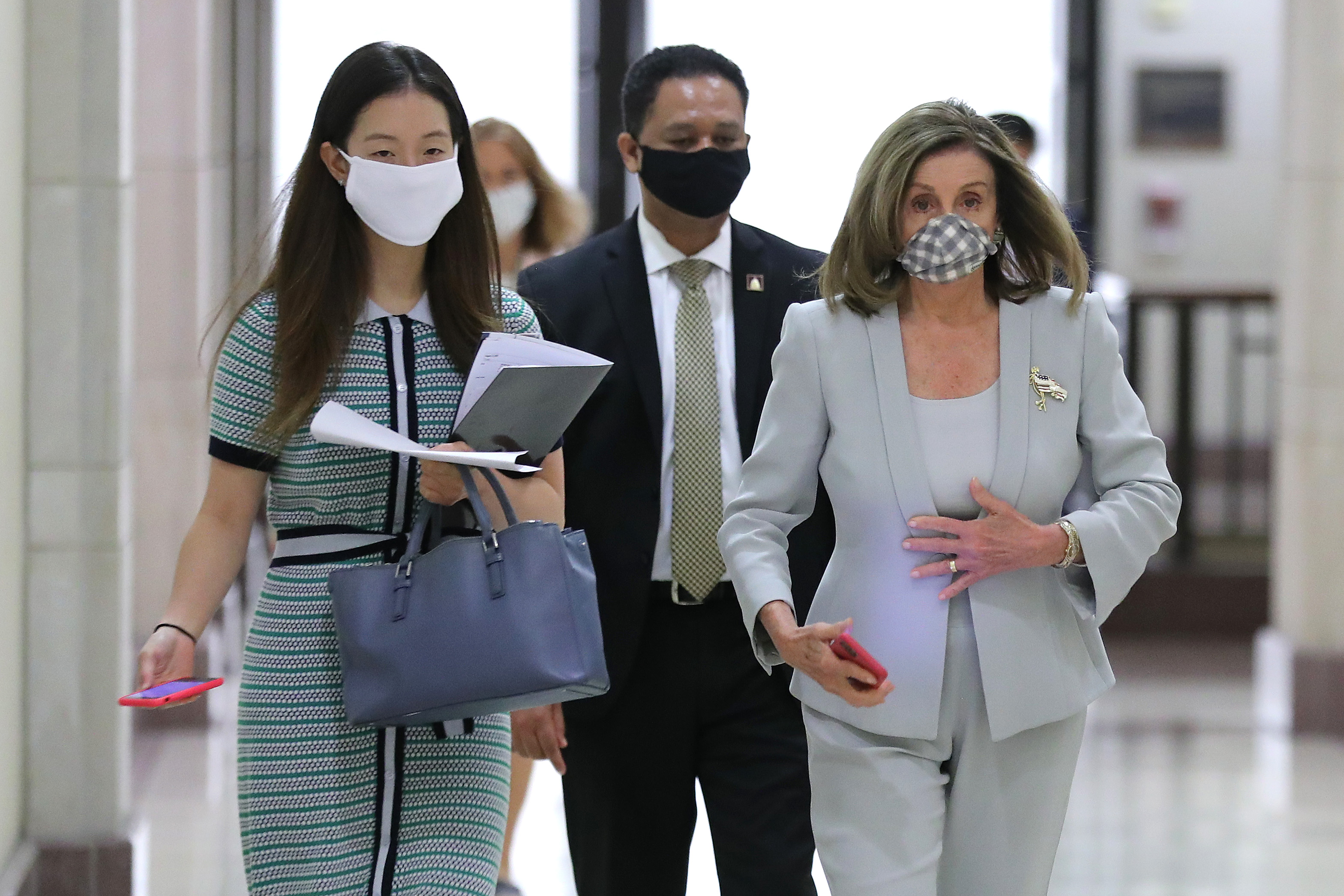 The editorial board wrote that “Democrats should be deeply embarrassed that their leadership has embraced such claims.” The editorial quoted former long-time USPS workers and others involved in the postal service. All pointed out various facts that debunk the conspiracy theory.

The WSJ’s editorial board even noted that while former Vice President Joe Biden claimed that the postal service is “literally” using “tractor trailers” to pick up mailboxes, the reality is far from this claim.

“The USPS says it has nearly 142,000 boxes across the country, which are adjusted as volume and costs dictate,” according to the WSJ. “In August 2016, the USPS’s Inspector General said that ‘the number of collection boxes declined by more than 12,000 in the past 5 years.'”