Secretary of State Mike Pompeo condemned the “mutiny” in Mali after military officials staged a coup Tuesday and arrested the country’s president and prime minister.

“The United States calls on all political and military actors to work towards a restoration of constitutional government,” Pompeo said in a statement Wednesday. “We urge all stakeholders in Mali to engage in peaceful dialogue, to respect Malians’ rights to freedom of expression and peaceful assembly, and to reject violence.”

The U.S. strongly condemns the August 18 mutiny in Mali. We join our international partners including the Economic Community of West African States and the @_AfricanUnion in denouncing these actions.

A military group identified as the National Committee for the Salvation of the People (CNSP) initiated the coup and stated in an address to the nation Wednesday that they would oversee a political transition, The Hill reported.

President Ibrahim Boubacar Keita and Prime Minister Boubou Cissé were arrested and are reportedly being held at a military camp near the capital Bamako, according to BBC News. 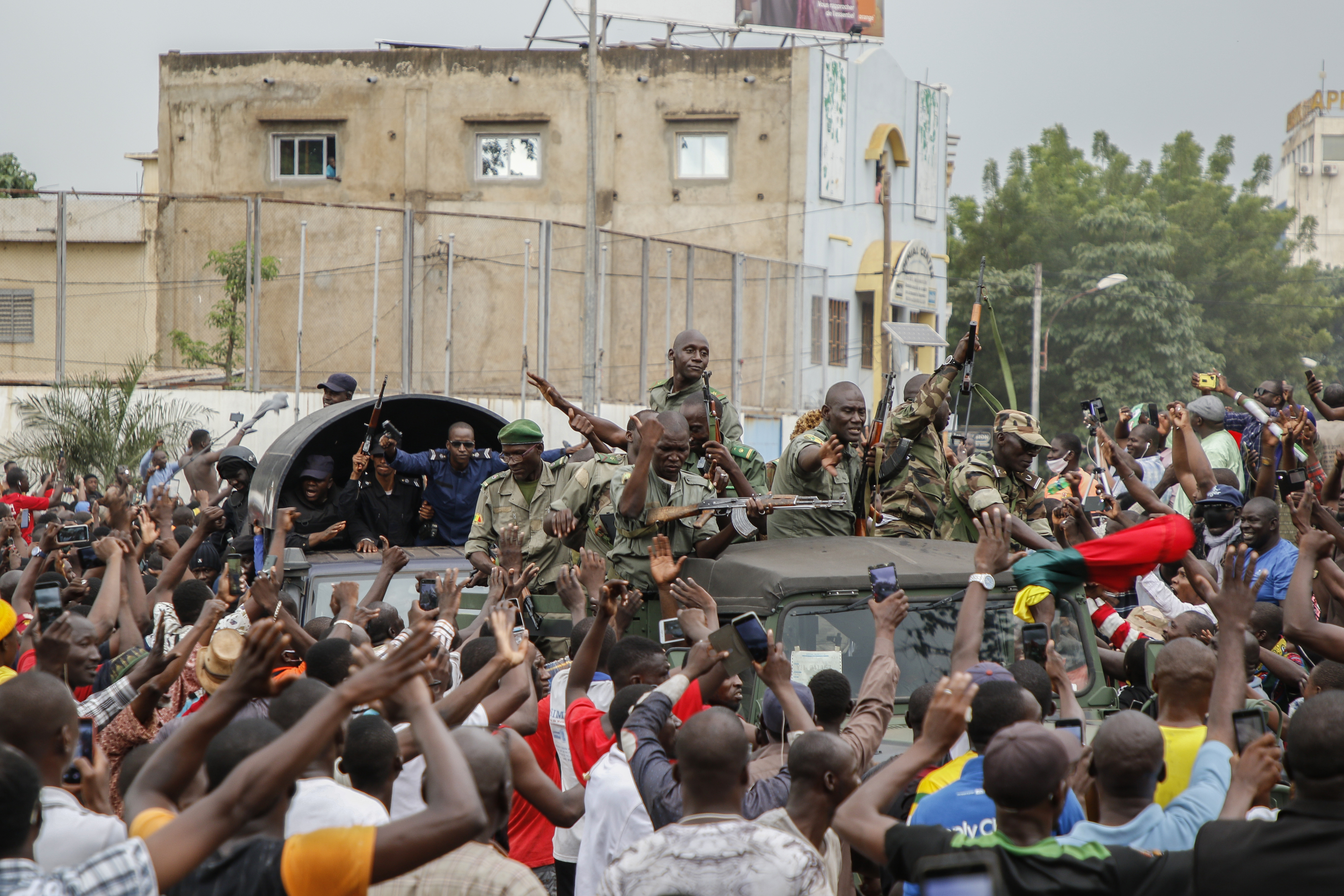 The coup took place amid months of anti-government protests and a worsening Islamist insurgency in the country, Reuters reported. The CNSP also promised to hold new elections within a “reasonable” time. (RELATED: Islamic Terrorists Launch Attack Against Multinational African Force In Mali)

The U.S. military has a presence in the region and relies on Air Base 201 in Niger for operations in North and West Africa. The U.S. and France also have an unidentified number of personnel stationed in Mali for counterterrorism purposes, according to CNN.

AFRICOM’s West Africa spokeswoman Nicole Kirschmann said in a statement Wednesday that all U.S. service members in Mali were safe and accounted for, according to military news source Stars and Stripes.