Blake was shot seven times in the back as he appeared to disobey directives from law enforcement while trying to enter the driver’s side door of a grey SUV on Sunday, according to video of the incident. The widely circulated clip shows a total of 19 seconds of the incident and it lacks context showing Blake’s initial encounter with police and any measures taken before lethal force was used.

BREAKING: Large protests erupting in Kenosha, Wisconsin, following an incident where police shot a man 7 times in the back; individual is hospitalized in critical condition, reason for the shooting is unknown. pic.twitter.com/Ig5loRpW3U

A 28-second clip emerged Monday that shows officers grappling with Blake before he is eventually gunned down, but the slightly longer video still leaves much to be desired. Blake was shot during a domestic disturbance call and was taken to a local hospital in critical condition, according to a press release from the Kenosha Police Department.

The three officers involved were placed on administrative leave, The Hill reported. The department has turned over the investigation to the Wisconsin Department of Justice, according to the release.

Civil unrest engulfed the city the same day of the incident, as people took to the streets destroying property and clashing with officers, according to the Milwaukee Journal-Sentinel.

The Wisconsin Department of Justice also did not return multiple emails from the DCNF. The DCNF asked the Wisconsin DOJ if officers had first attempted to use a Taser, why their guns were drawn at the start of the footage and why officers made the call to open fire on Blake.

Unanswered questions similar to those sought by the DCNF were asked by associate professor of criminology and criminal justice at the University of Nebraska Omaha Justin Nix in a Sunday Milwaukee Journal-Sentinel report.

“I can see he’s trying to get to his vehicle. Then it happens really quickly, one officer tugging on his shirt, then you hear the gunshots. … Do they see something we don’t see on the video?” he asked during an interview with the Sentinel.

“Officers can use deadly force in Kenosha and elsewhere when they believe there’s an imminent threat to their own lives or the lives of others,” Nix told the local outlet.

“It could be appropriate if he’s almost got his hands on a gun and they think he’s about to turn and shoot. Just saying he was shot in the back, there could conceivably be a justification for that — and I’m not saying there was.” 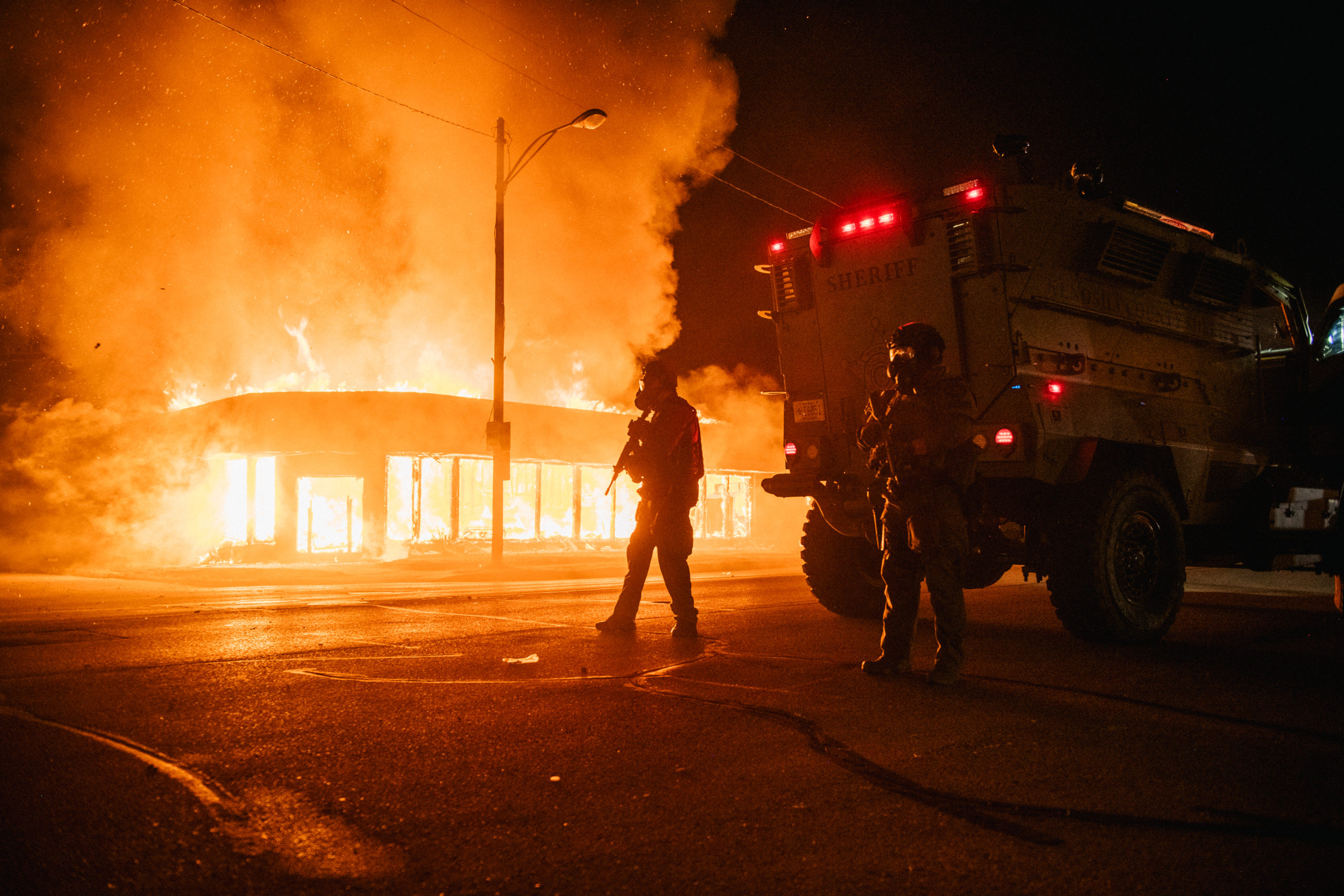 Democratic Wisconsin Gov. Tony Evers said he “does not have all of the details,” but nevertheless he stands with those who “continue to demand justice, equity and accountability for Black lives,” he wrote in a tweet on Sunday.

“While we do not have all of the details yet, what we know for certain is that he is not the first Black man or person to have been shot or injured or mercilessly killed at the hands of individuals in law enforcement in our state or our country,” Evers said in a tweet.

“We stand with all those who have and continue to demand justice, equity, and accountability for Black lives in our country—lives like those of George Floyd, of Breonna Taylor, Tony Robinson, Dontre Hamilton, Ernest Lacy, and Sylville Smith,” he continued in a subsequent tweet listing other names who have become figures in the anti-police brutality movement.

One-hundred vehicles were set ablaze and an officer was reportedly knocked unconscious when hit with a brick during riots in the small city. Mobs of people also reportedly vandalized and looted businesses in the area, according to tweets from Drew Hernandez, founder of the”Lives Matter” show on YouTube.

Jacob Blake had an active warrant at the time of the incident from July for three counts of domestic abuse, one count of 3rd degree sexual assault, one count of trespassing and one count of disorderly conduct, according to court records.

Blake also has a record of four child support cases filed by Laquisha Booker for two different children, all of which were dismissed, records showed. (RELATED: Rioters With Rifles Stop Armored Police Vehicle, Cop Hit By Brick Amid Unrest In Wisconsin)