President Donald Trump is reportedly considering replacing Defense Secretary Mark Esper with Veterans Affairs Secretary Robert Wilkie ahead of the 2020 election, despite being warned against doing so by his top advisors.

Esper has publicly broken from the president this summer over the administration’s use of federal assets to control protests and riots across the country, and two senior administration officials told NBC News that Trump is still considering removing his Pentagon chief ahead of November. NBC’s sources say that Wilkie has met with Trump and multiple senior White House officials about helming the Department of Defense. (RELATED: Defense Secretary Says Trump Is Wrong — ‘I Do Not Support’ Mobilizing Military To Police Floyd Protests, Riots) 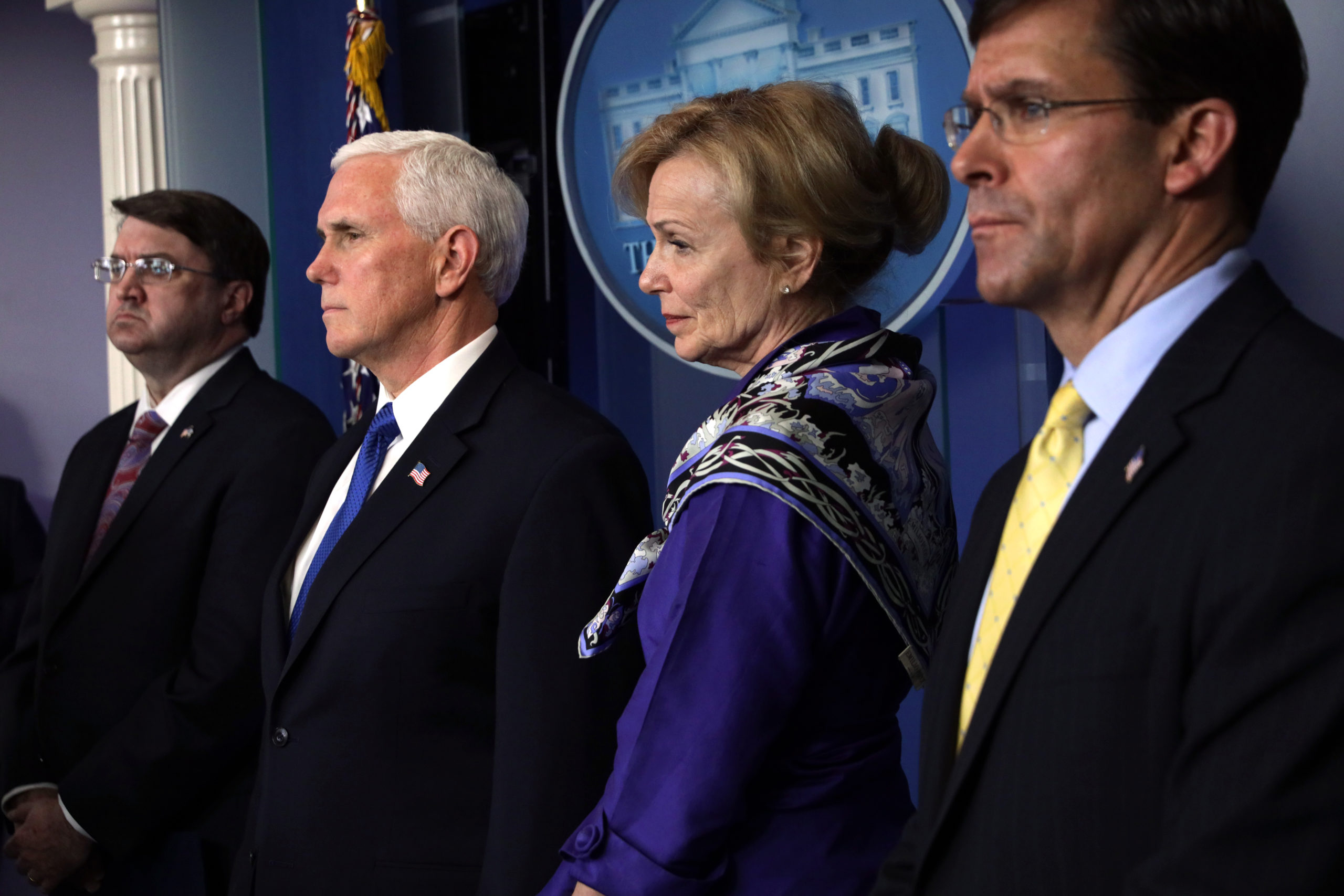 WASHINGTON, DC – MARCH 18: (L-R) U.S. Secretary of Veterans Affairs Robert Wilkie, Vice President Mike Pence, White House Coronavirus Response Coordinator Deborah Birx, and Secretary of Defense Mark Esper listen during a news briefing on the latest development of the coronavirus outbreak in the U.S. at the James Brady Press Briefing Room at the White House March 18, 2020 in Washington, DC. President Trump announced on Twitter that the U.S. and Canada will close their border to non-essential traffic to try and stop the spread of the COVID-19 pandemic. (Photo by Alex Wong/Getty Images)

Wilkie further defended Trump Sunday from allegations that he has a history of disparaging wounded veterans and prisoners of war, as detailed by The Atlantic and other media outlets over the past week. During an interview with CNN, he brushed off Trump’s insults against former Arizona Republican Sen. John McCain.

“It’s politics,” Wilkie stated after noting he was friends with the late Republican Senator. “It’s the heat of a campaign.”

Trump routinely referred to McCain as a “loser” and feuded with him throughout the 2016 campaign up until his death in 2018.

Trump first soured on Esper after he took an opposing position from the president in June, stating he didn’t believe it was appropriate to mobilize the military to help police violence spilling out of peaceful protests over the police killing of George Floyd.

“The option to use active duty forces in a law enforcement role should only be used as a matter of last resort, and only in the most urgent and dire of situations,” Esper told reporters during a press conference shortly after the president first floated invoking the Insurrection Act. “We are not in one of those situations now. I do not support invoking the Insurrection Act.”