The ongoing coronavirus pandemic has contributed to rising drug-related deaths and the ever-worsening opioid crisis in the United States, according to health officials said local data.

Individuals battling opioid addiction have experienced increased stress due to isolation during the pandemic, according to health experts and data collected by the Wall Street Journal reported. Roughly 13% of American adults surveyed in June said they had started or increased drug use, according to a U.S. Centers for Disease Control and Prevention study.

“I don’t think it would have been this high a number if Covid-19 hadn’t hit us,” Ohio’s Franklin County coroner Anahi Ortiz said referring to the increasing drug-related fatalities, reported by the WSJ. 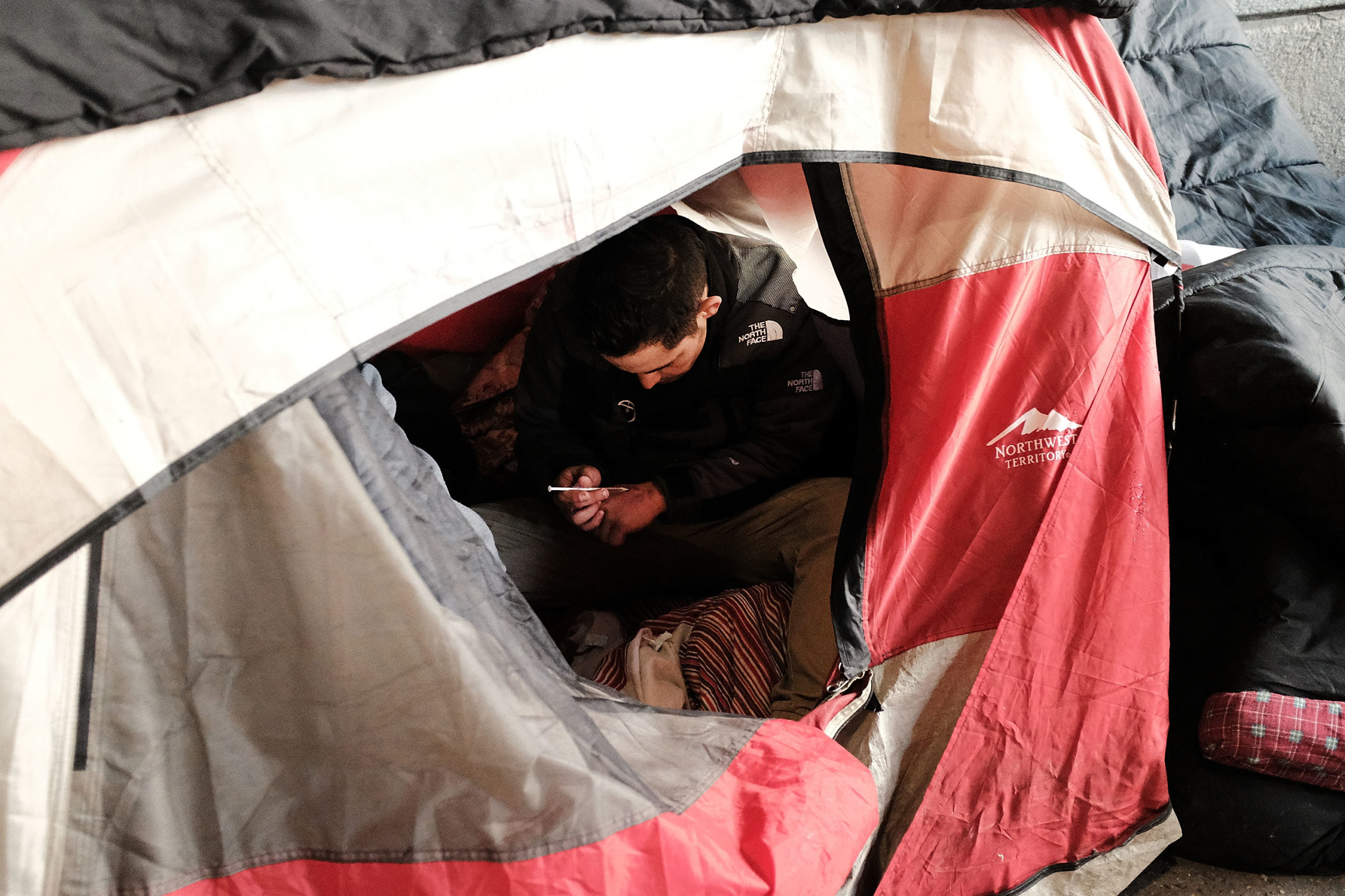 A man uses heroin in a tent under a bridge where he lives with other addicts in 2018 in Philadelphia, Pennsylvania. (Spencer Platt/Getty Images)

Franklin County, which surpassed the total number of 2019 overdose death total in August, is just one of many counties nationwide that have seen significant upticks in overdoses, according to The WSJ. Overdoses rose 48% in the first month and a half of the pandemic in the country’s most populous county, Los Angeles County, compared to the same period last year.

Overall, suspected overdoses rose about 18% after states began mandating lockdowns in March compared to pre-pandemic levels, according to data from the Overdose Detection Mapping Application Program, The WSJ reported. (RELATED: CLARK: Are Safe Injection Sites The Answer To The Opioid Crisis?)

Further, 21 of the nation’s 50 largest counties have reported increased overdoses compared to past years, according to data obtained by The WSJ. Twenty of the counties didn’t respond to the WSJ and others didn’t have pandemic numbers yet.

Counties in Nevada, California, Ohio, Indiana, Minnesota and Michigan have reported increases in overdose deaths, according to The WSJ.

“I feel like all the work we did reducing overdoses just got tossed out the window,” Jess Tilley, co-founder of Massachusetts harm-reduction group HRH413, told The WSJ.

The opioid epidemic has ravaged the U.S. for years with about 900 Americans dying from opioid overdoses every week, according to the Council on Foreign Relations. President Donald Trump declared a national emergency in March as coronavirus spread rapidly around the world.