A Texas police group has put up billboards near Austin warning drivers that the city had defunded police, and to enter at their own risk, numerous sources reported.

The Texas Municipal Police Association (TMPA) placed the two billboards along Interstate 35 entering Austin, one of them reading “Warning! Austin police defunded. Enter at your own risk!” The other one says “Limited support next 20 miles,” CBS News reported. 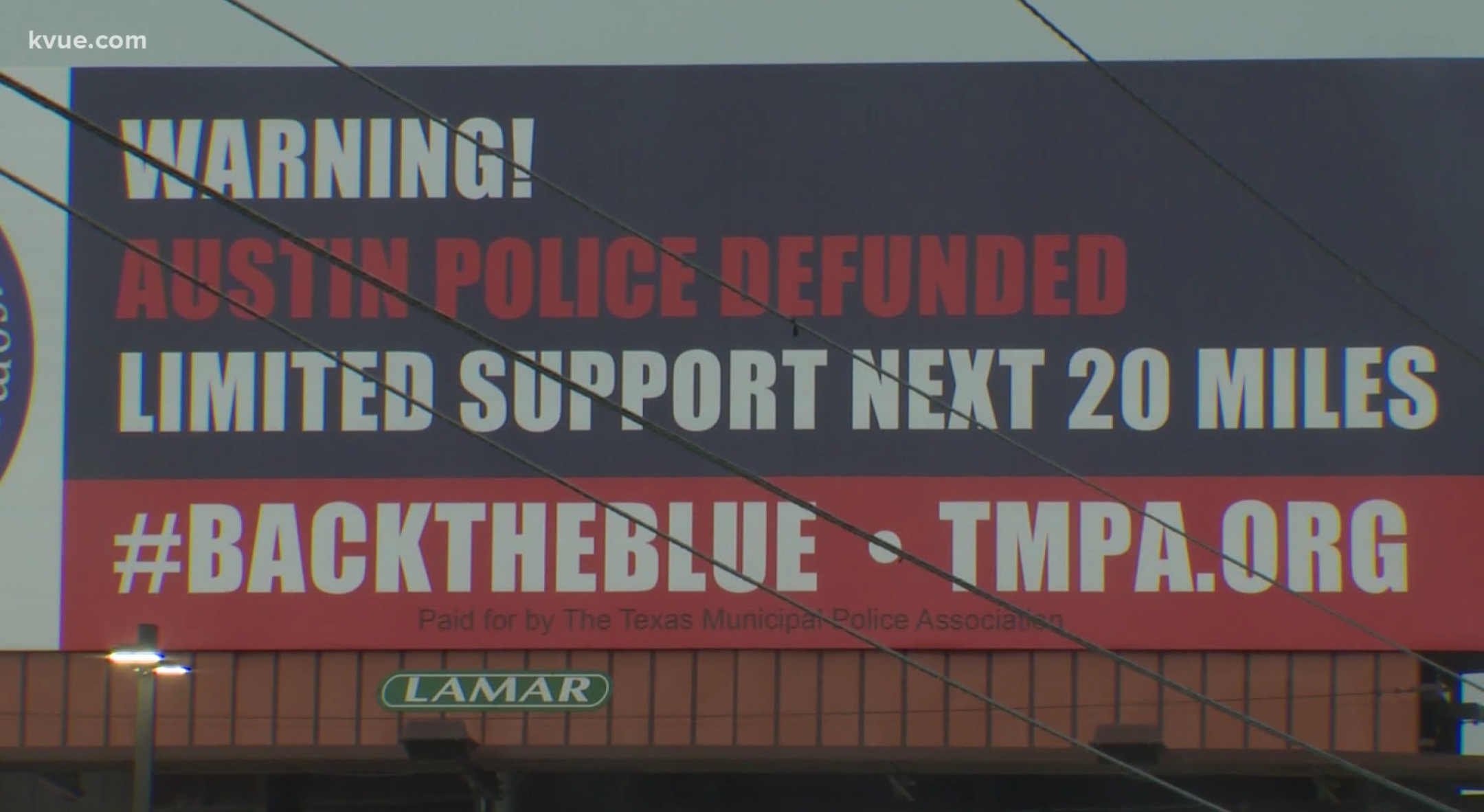 TMPA is the largest law enforcement association in Texas and represents more than 30,000 officers across the state. The signs were put up after the Austin City Council unanimously voted to cut its police department budget by $150 million in August, according to The Texas Tribune.

The billboards also include the hashtag #BacktheBlue, and are reportedly intended “to raise public awareness that Austin is a defunded city,” according to the group’s Facebook page.

Republican Texas Gov. Greg Abbott tweeted “#TexasBacksTheBlue” in reference to an article about the billboards Wednesday.

Billboard on I-35 warns ‘Enter at your own risk!’ after Austin votes to defund police.#TexasBacksTheBluehttps://t.co/4RFhUfap10

Abbott also invited political candidates to sign his “Back the Blue” pledge against defunding the police. (RELATED: Texas Gov. Abbott, Other State Leaders Want To Freeze Tax Revenues For Any City That Cuts Police Budgets)

“This reckless action invites crime into our communities, and it threatens the safety of all Texans, including our law enforcement officers and their families,” Abbott said by video from his personal Twitter account, according to the El Paso Times.

City Council member Greg Casar said that Abbott was fear-mongering to shift attention away from the COVID-19 response, among other perceived shortcomings.

“He doesn’t miss a political opportunity to punch down at movements for civil rights,” Casar said according to the El Paso Times. “The governor is trying to hurt the Black Lives Matter movement and attack the civil rights movement for his own political benefit.”

Austin is among the most violent cities in the country, with a sharp rise in homicides in June 2020 when compared with the year prior, according to a Wall Street Journal report.

#Austin leads the country in percentage change for homicides compared to the previous year. @Officer_Bino said it best: This is not the list we want to be on https://t.co/gV7A4iPI3v pic.twitter.com/7VWW0lfTBb