Conservative author Candace Owens called out National Basketball Association star LeBron James Sunday for complaining about racism in America when he lives in the lap of luxury.

“This is a man that lives in a one hundred million dollar mansion in Bel Air: and I always say if you’re suffering through racism please give me some of that. He’s got a white gardener, a white chef, various white people that work for him, a white driver — so if that’s racism, LeBron,  please share some of that with the rest of us.”

But Owens told Fox that she sees evidence that many celebrities are not as woke as they pretend to be.

“If I opened my inbox and showed you the amount of celebrities that have written me privately, that silent majority that we’re always talking about, they’ve written to me and said ‘I’m finally starting to see the truth, I can’t stand being in Hollywood; I’m not allowed to use my voice to say what I actually believe.’”(RELATED: Exclusive: Candace Owens On Whether She Will Run For Office)

Owens said the same celebrities that are corresponding with her are often the same ones who are promoting the Black Lives Matter agenda — but they tell her that they are only echoing left-wing messages because “they’re doing it basically under duress, because if they don’t they’ll lose their entire careers.”

“So don’t believe that things aren’t shifting just because we see people like LeBron James and the NBA painting Black Lives Matter on the ground,” said Owens, who added that she believes that “there is something shaking and something happening in this country.”

She said she believes there is a groundswell of people realizing “what’s really at risk which is really the values and principles that this country was built upon.”(RELATED: EXCLUSIVE: Candace Owens Shares Her Thoughts On BLM, #Blexit And All Things 2020) 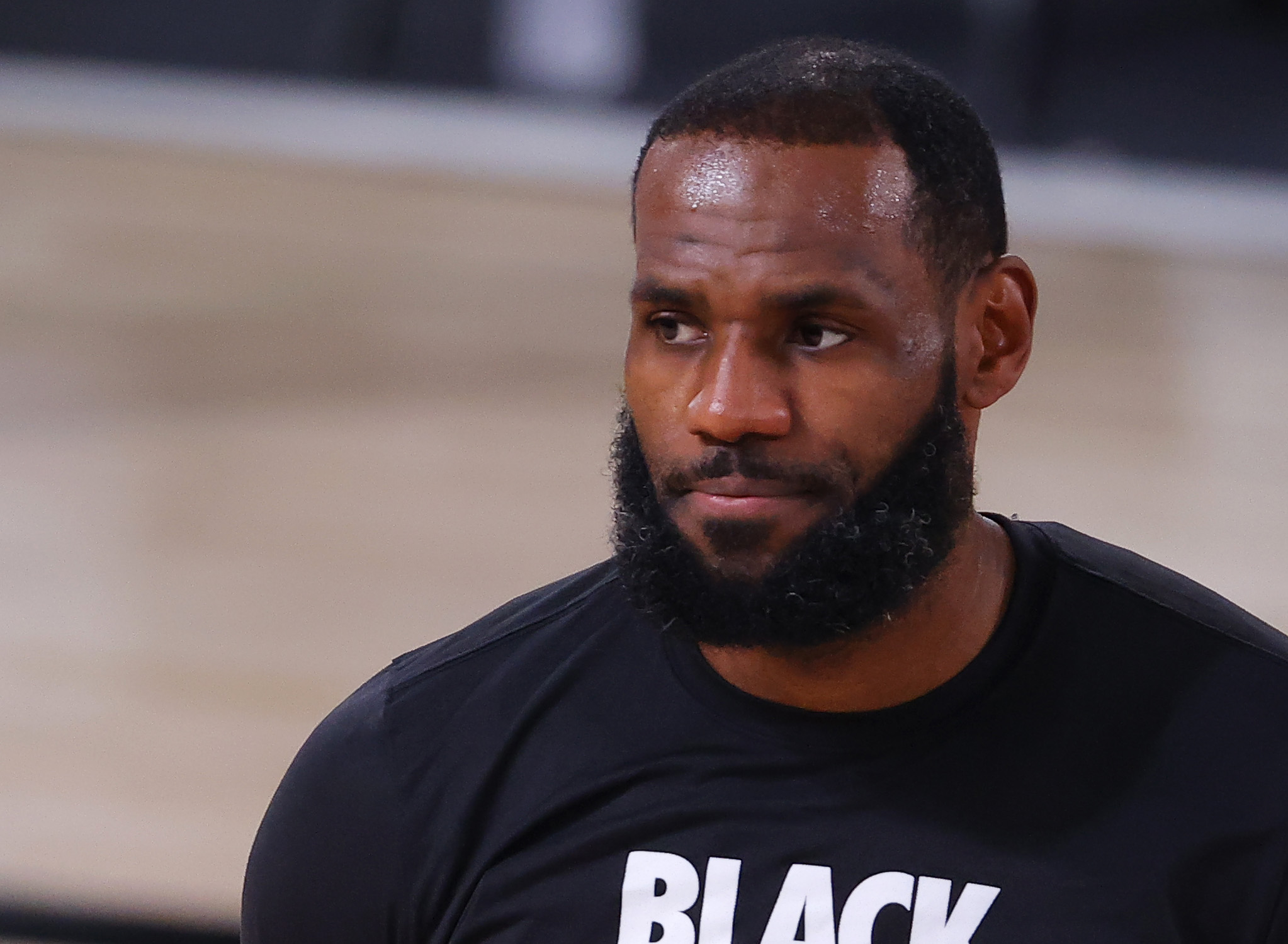 LeBron James #23 of the Los Angeles Lakers looks on before the game against the Portland Trail Blazers in Game Five of the Western Conference First Round during the 2020 NBA Playoffs at AdventHealth Arena at ESPN Wide World Of Sports Complex on August 29, 2020 in Lake Buena Vista, Florida. (Photo by Kevin C. Cox/Getty Images)

James went to his Saturday night game against the Houston Rockets wearing a Colin Kaepernick jersey — the National Football League player who popularized “taking a knee” during the playing of the national anthem.

The Los Angeles Lakers star kneeled and wore a Black Lives Matter shirt during his teams’ second game of the season.