Suga won by a wide margin in Monday’s inter-party election, securing roughly 70% of the 534 votes cast by LDP lawmakers and party representatives from across the county, The Japan Times reported. He is expected to become prime minister following a parliamentary vote Wednesday as the LDP holds a majority of seats in Japan’s National Diet.

The 71-year-old cabinet secretary has been a longtime ally of Abe, who stepped down following health complications. His election indicates that the LDP will pick up where Abe left off in a gesture that largely appeals to the country’s political establishment, according to The New York Times.

“We need to inherit and facilitate policies promoted by Prime Minister Abe in order for us to overcome this crisis and for each and every individual to have a safe and stable life,” Suga said following his election. “I recognize that I carry that mission.”

Suga has largely remained out of the spotlight during his tenure in Japanese politics and observers note that his political style and personal upbringing are markedly different than that of Abe, according to CNN. Whereas Abe was reportedly considered a charismatic leader and comes from a prominent political family, Suga is the son of a farmer and is considered a pragmatist and deal-maker.
The LDP is unlikely to change course on policy as Suga said he was committed to continuing his predecessor’s unique economic policy — known as Abenomics. He is also likely to push for reforming Japan’s defense policy and taking a hardline approach to North Korea, The New York Times reported. 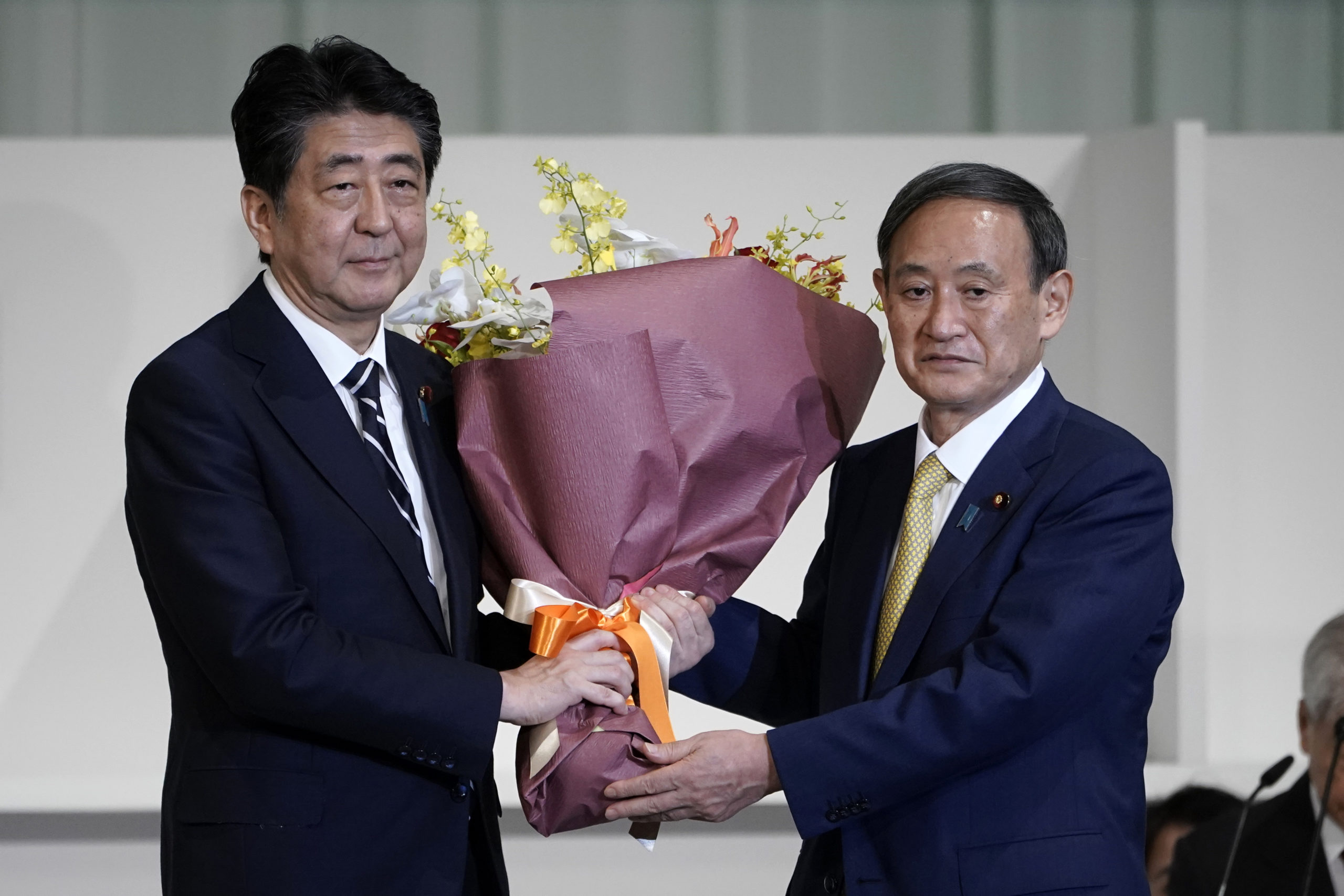 Suga’s expected ascension to prime minister will also be marked by challenges such as the coronavirus pandemic and the rise of China. (RELATED: Japan’s Deputy Prime Minister Says The WHO Should Change Name To The China Health Organization)
Japan’s relationship with the U.S. under Abe was marked by his personal friendship with President Donald Trump — it remains to be seen if Suga can “work the magic” his predecessor had, according to The New York Times.