Created by U.S. artist Brad Downey, the statue was unveiled Tuesday in a field near the first lady‘s hometown in Sevnica. (RELATED: Melania Stuns In Pale-Pink Dress At Reception During UN General Assembly [PHOTOS]) 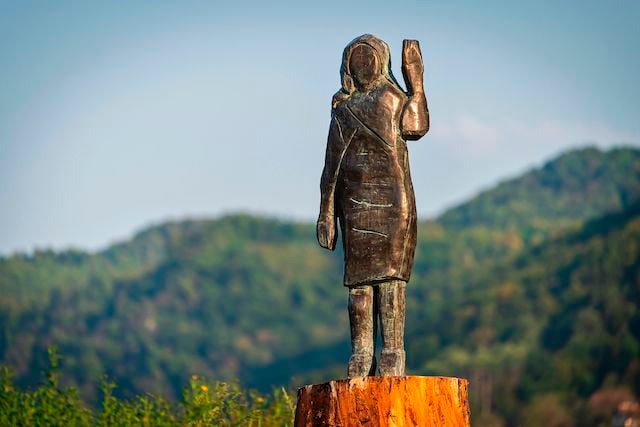 It is a replica of the original wooden statue carved with a chainsaw initially created by Zupevc last July. The piece was painted to depict the blue wraparound coat FLOTUS wore to President Donald Trump’s inauguration in 2017. (RELATED: Ivanka Turns Heads In Yellow And Black Floral Dress During Munich Trip)

In one photo, a plate at the base of the statue has a description on it that reads, “This statue is dedicated to the eternal memory of a monument to Melania which stood in this location,” per Reuters. 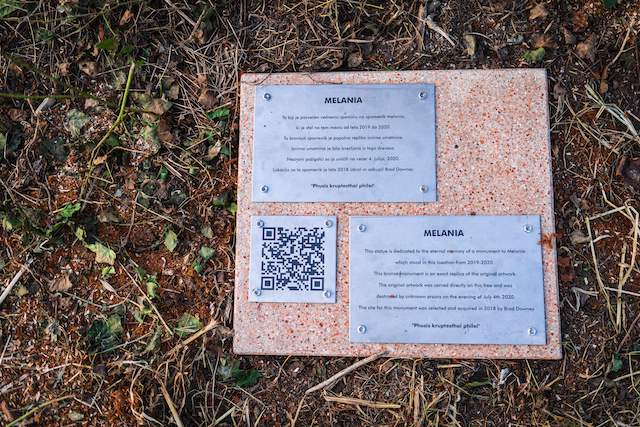 Authorities are unsure why an unknown vandal took a flame to the original wooden carving depicting Melania.

“I want to know why they did it,” Downey, the artist who commissioned the wooden sculpture of the first lady, shared with Reuters at the time. 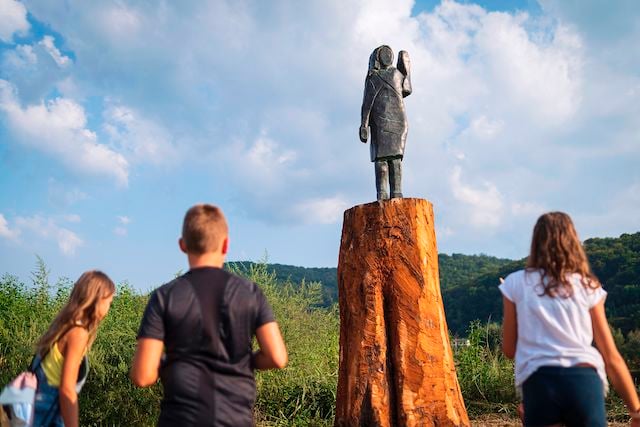 Brad also shared that he had the statue removed a day after authorities notified him that his statue was torched on July 4, per the Hill.

One picture tweeted out by the New York Post, showed what the statue looked like originally and the second one showing what it looked like after it was burned.