President Donald Trump hosted leaders from Israel, the United Arab Emirates (UAE) and Bahrain to sign the Abraham Accords peace agreement Tuesday, marking what the administration hopes will lead to real peace in the Middle East.

The UAE and Bahrain are the first Arab states to formalize diplomatic ties with the Jewish state of Israel in decades, and the Trump administration says several other Middle Eastern nations could follow suit. Israeli Prime Minister Benjamin Netanyahu represented Israel at the event, alongside UAE Minister of Foreign Affairs Sheikh Abdullah Bin Zayed Al-Nahyan and Bahraini Minister of Foreign Affairs Dr. Abdullatif bin Rashid Al-Zayani, among others.

“We’re here this afternoon to change the course of history,” Trump said in his remarks at the White House. “In Israel’s history there have only been two of these agreements, and now we have achieved two in a single month.” 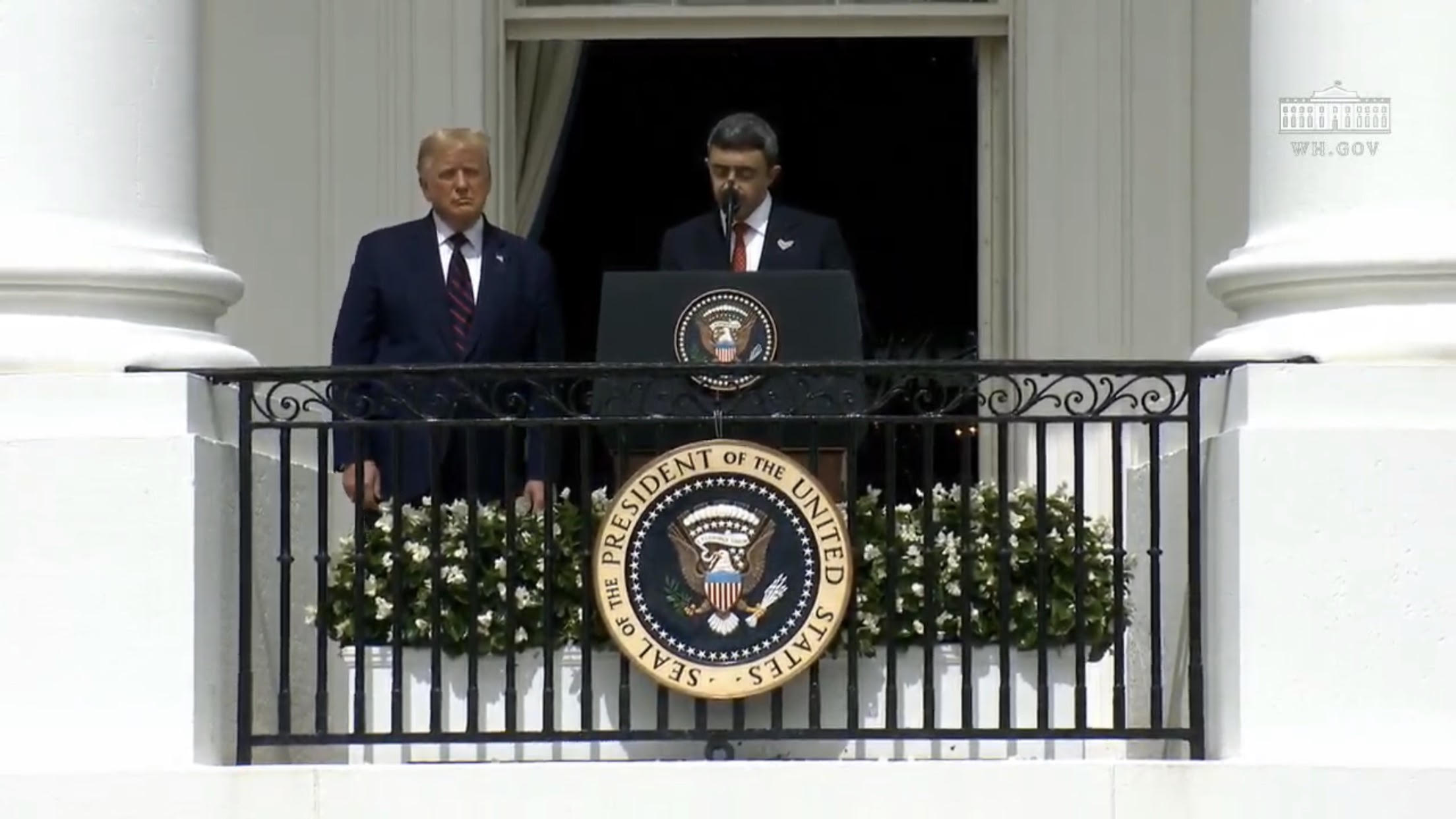 “There’s gonna be peace in the Middle East,” says Pres Trump in advance of treaty signing by Israel, UAE and Bahrain. He says the US is very far down the road with other Arab countries about normalizing relations with Israel. Declined to name them. pic.twitter.com/yXGKHVSMZd

“Israelis, Emiratis and Bahrainis are already embracing one another,” he said. “We are eager to invest in the future of partnership, prosperity and peace.”

Netanyahu went on to say the three nations are already cooperating on combating the coronavirus in the region. (RELATED: Saudi Arabia Allows Flights To And From UAE To Pass Through Its Airspace, Including Israeli Flights)

UAE’s Al-Nahyan then thanked Trump and Netanyahu, beginning in fluent English but delivering the bulk of his speech in Arabic.

“This initiative would not have been possible without the efforts of his excellency President Donald Trump and his team who worked hard and sincerely for us to get here,” he said, according to a translator. “Your Excellency, Prime Minister Netanyahu…Thank you for choosing peace and for halting the annexation of Palestinian territories.”

“For too long, the Middle East has been set back by conflict and mistrust, causing untold destruction and thwarting the potential of generations of our best and brightest young people,” he said. “Now I’m convinced we have the opportunity to change that.”

This is a developing story. Check back soon for updates.