Democratic vice presidential nominee Kamala Harris got rave reviews for her boots after stepping out to tour wildfire-ravaged California — the same boots that once drew a firestorm of criticism for First Lady Melania Trump.

Harris has spent most of her time on the campaign trail in a pair of iconic Converse Chuck Taylors — a fashion choice that has also sparked praise for the California Senator. (RELATED: Leo Terrell Blasts Kamala Harris For Failing To Visit Ambushed Police Officers)

“It’s not easy to climb the hills of San Francisco in heels. Her Chucks are an appropriate choice that weave her personal style with her environment.” https://t.co/jnfgPb3MBn

But when Harris stepped out to tour wildfire damage with Democratic Governor Gavin Newsom, she traded in her Chucks for a pair of rugged Timberland boots — and was once again praised for her choice. (RELATED: ‘How About A Word For His Victim?’: Megyn Kelly Unloads On Kamala Harris For Saying She’s ‘Proud’ Of Jacob Blake)

Steppin’ off the jet with the wheat timbs?! Hurry up and register to vote! #KamalaHarris #VOTE pic.twitter.com/465mxVB1c3

First Lady Melania Trump took heat for wearing a nearly-identical pair of Timberlands to tour hurricane damage in Puerto Rico in 2017 — and again when she wore them to visit troops overseas in 2018, Women For Trump PAC co-founder Amy Kremer pointed out on Twitter. 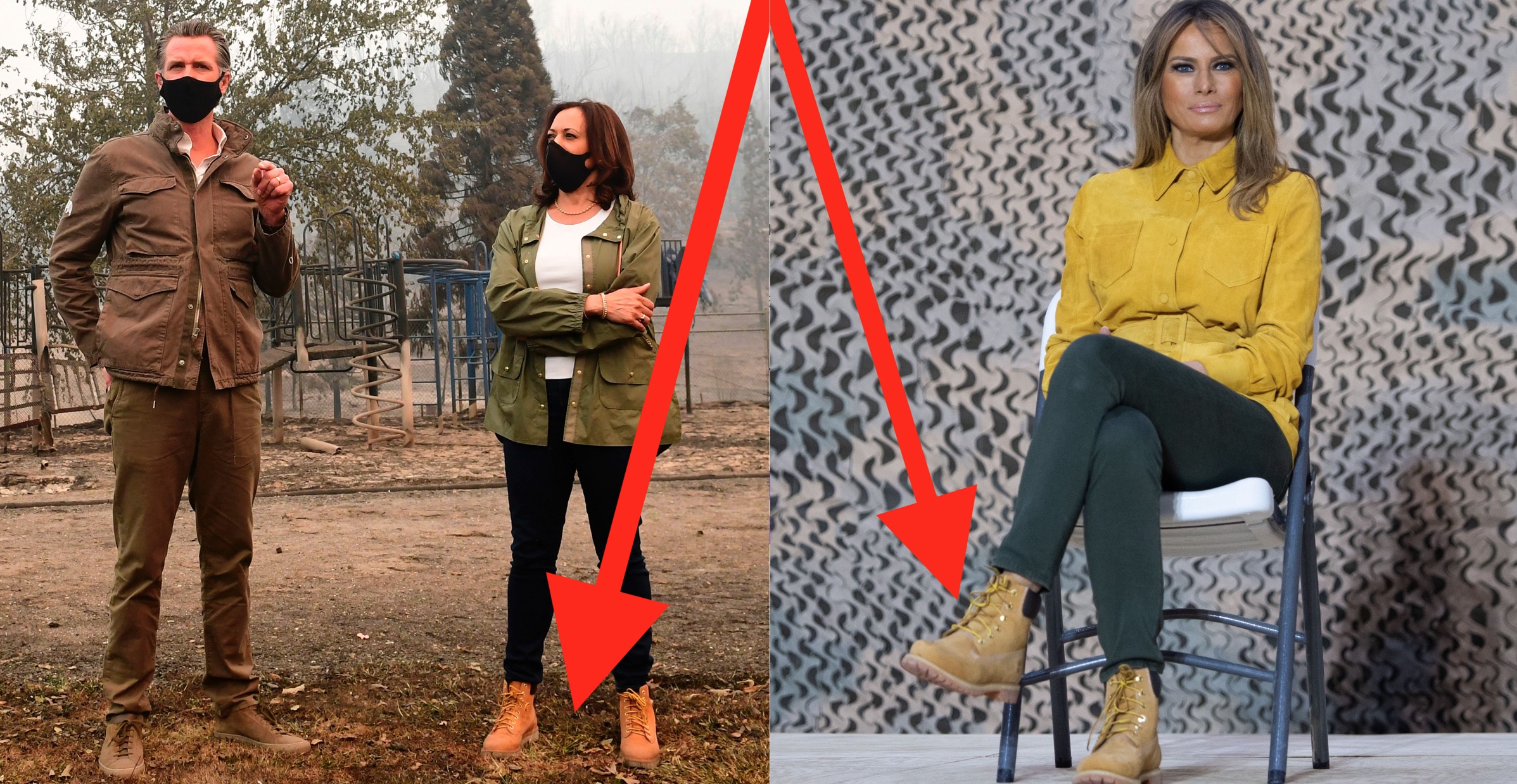 “I’ve never see (sic) such media bias in my life…” Kremer tweeted along with a series of side-by-side photos of headlines about Harris and Trump respectively.

I’ve never see such media bias in my life…

The media is sick.