Just hours after NBC News claimed that President Donald Trump would not visit U.S. troops during the Christmas season, Air Force One was wheels up on its way to Iraq.

The president and first lady Melania Trump made a surprise visit to troops in Iraq on Wednesday, leaving the White House late Christmas evening. The visit marked Trump’s first visit to a war zone as president and came shortly after the resignation of Defense Secretary James Mattis.

NBC News prematurely criticized the president for not visiting the troops on Christmas, writing, “Trump becomes first president since 2002 not to visit troops at Christmastime.”

Just hours after they published, President Trump and the first lady were on their way to Al Asad Air Base in Iraq for an unannounced visit. 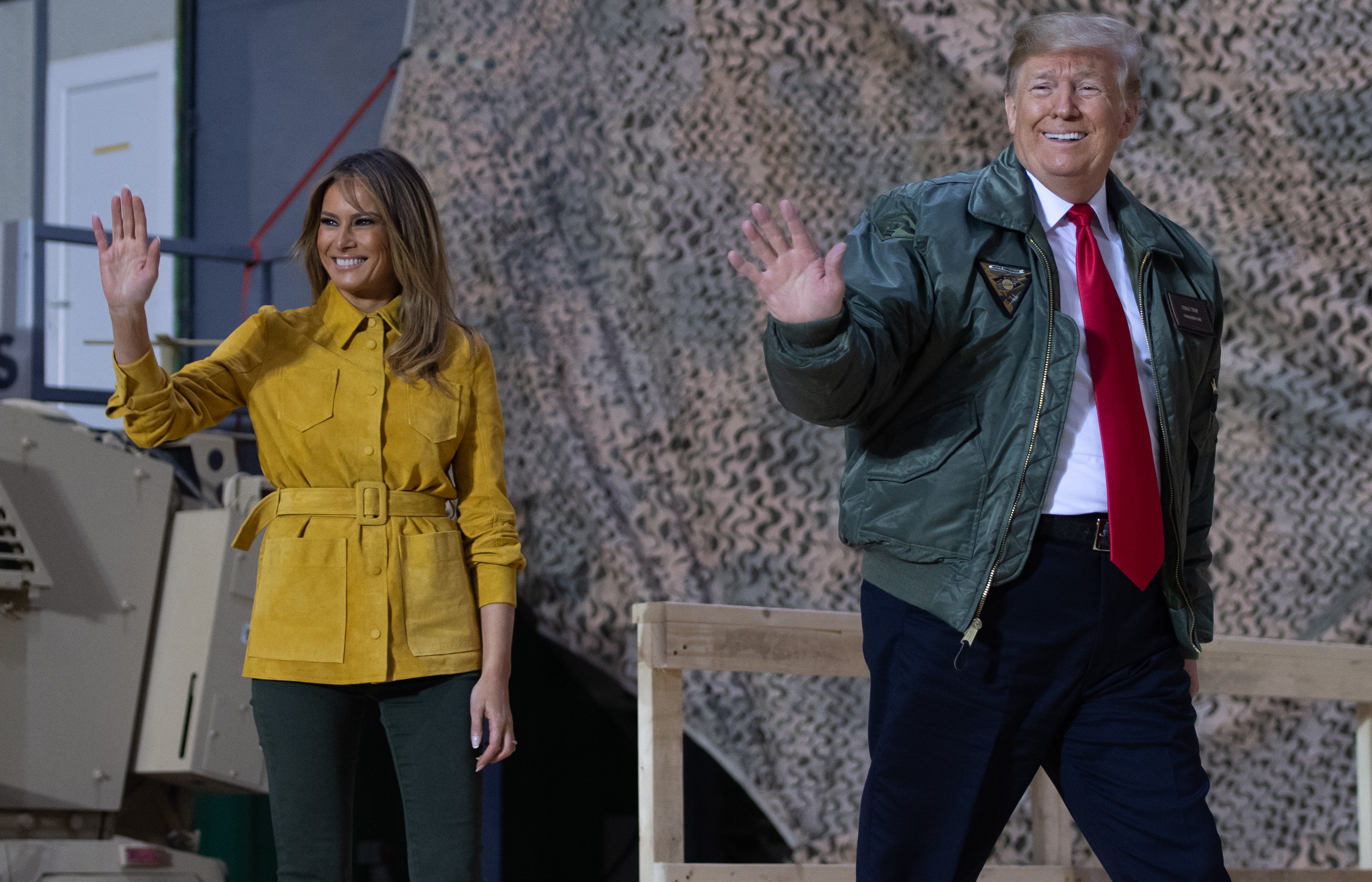 US President Donald Trump and First Lady Melania Trump arrive to speak to members of the US military during an unannounced trip to Al Asad Air Base in Iraq on December 26, 2018. (Photo by SAUL LOEB/AFP/Getty Images)

The story spread its way to actress Alyssa Milano, who tweeted out the incorrect headline Wednesday afternoon.

“By the time this was posted, the President and Mrs. Trump were in Iraq with the troops,” Fox News’ Brit Hume asserted.

By the time this was posted, the President and Mrs. Trump were in Iraq with the troops. https://t.co/g9ACNO5hxn

NBC News added an editor’s note to its article to make clear that it is false, but did not update the headline or the body of the article. As of Wednesday afternoon, the headline still reads, “Trump becomes first president since 2002 not to visit troops at Christmastime.” 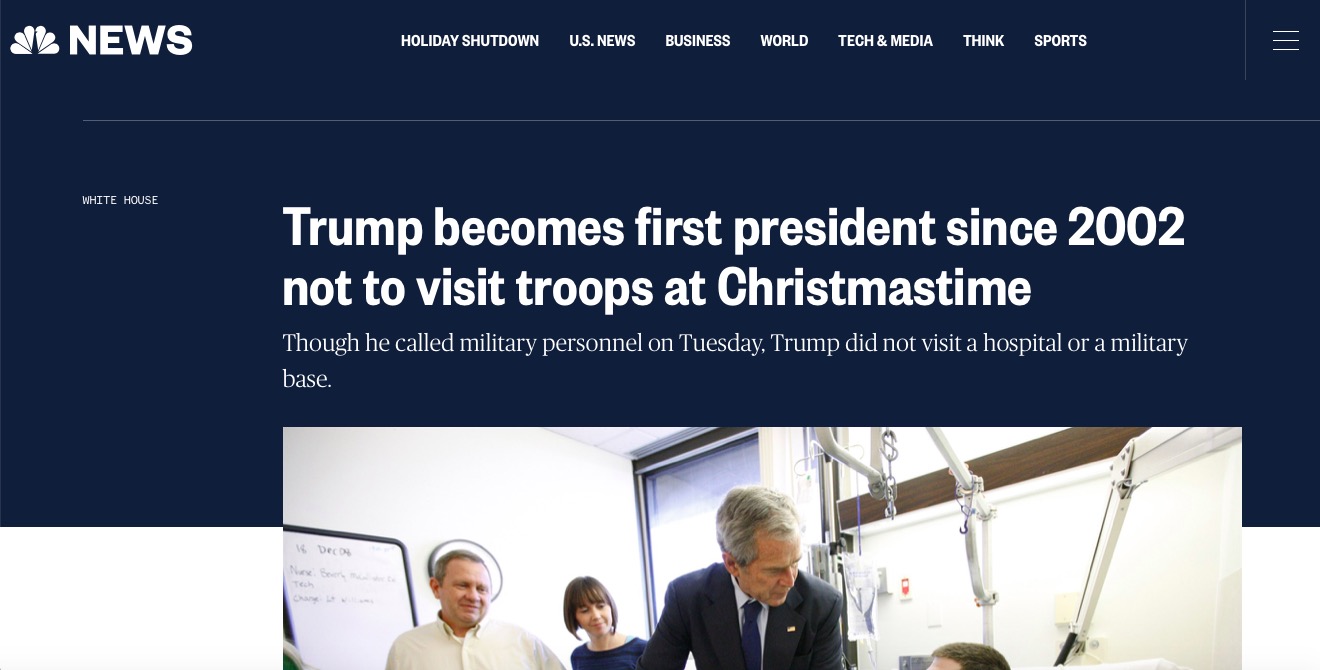 The editor’s note at the top of the article reads, “On Wednesday, a day after this article was published, President Trump made a surprise visit to Iraq to greet the U.S. troops. It was his first presidential visit to a combat zone.”

The article itself, however, still incorrectly asserts that “by staying home on Tuesday, Trump became the first president since 2002 who didn’t visit military personnel around Christmastime.” 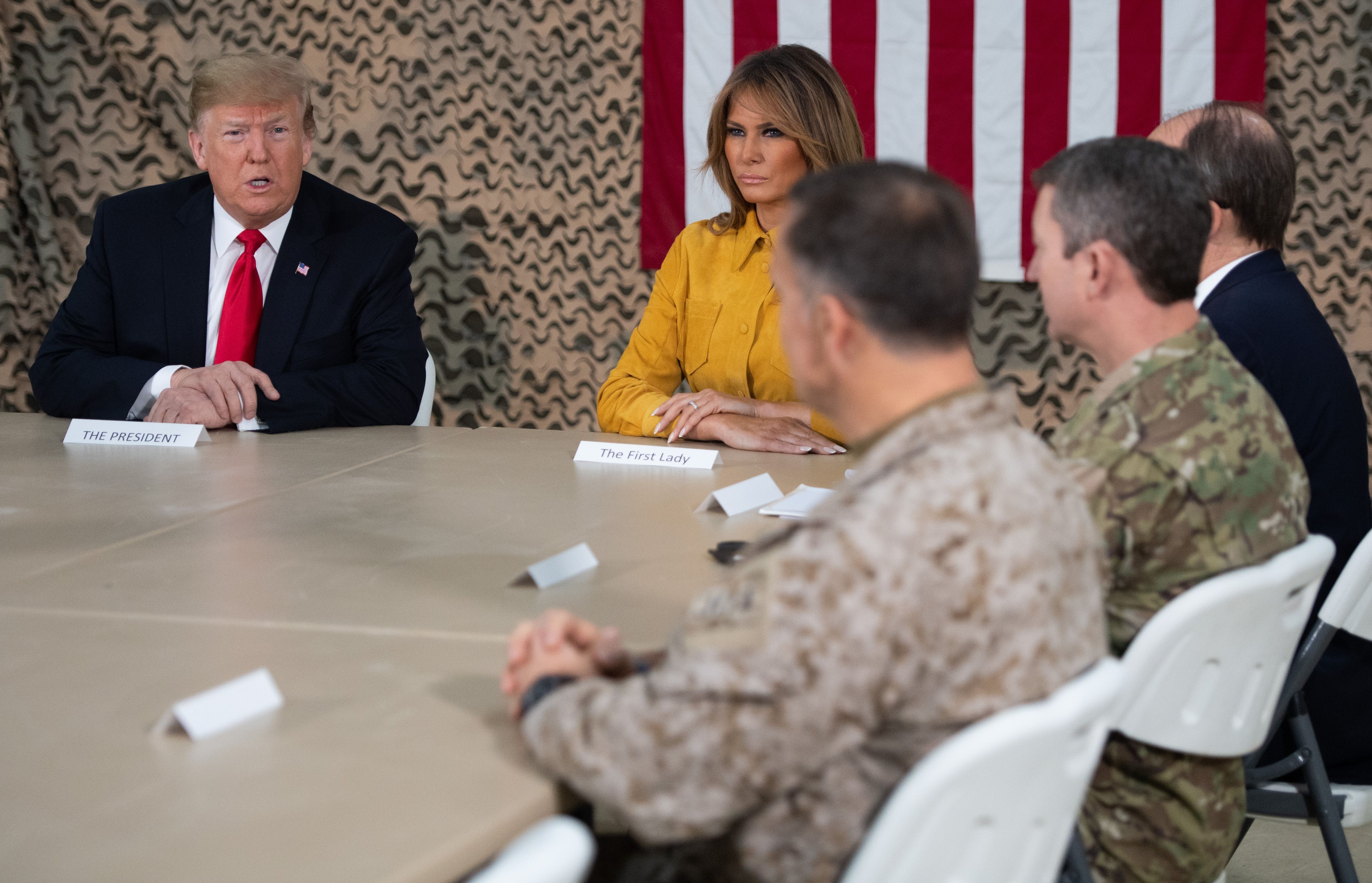 President Trump was also criticized in November for skipping a visit to Arlington National Cemetery on Veterans’ Day. Trump expressed regret for that decision and made a surprise visit to Arlington on Wreaths Across America Day as volunteers laid Christmas wreaths on the graves of the fallen soldiers.