A Michigan judge ruled Friday that absentee ballots which arrive after Nov. 3 but were postmarked by the eve of Election Day are eligible and must be counted.

Court of Claims Judge Cynthia Stephens ruled an absentee ballot can be counted if postmarked by Nov. 2 and received within two weeks after the election, since it can take two weeks to certify Michigan election results, according to the Associated Press (AP).

The ruling comes as more than 2 million Michigan residents have requested an absentee ballot. Current law requires ballots to be received by the time polls close on Election Day, according to ABC News.

“The evidence in this case stands uncontroverted and establishes that the mail system is currently fraught with delays and uncertainty in light of the COVID-19 pandemic,” Stephens said, according to the AP.

“Mail delivery has become significantly compromised, and the risk for disenfranchisement when a voter returns an absent voter ballot by mail is very real,” Stephens added, according to The Detroit News.

Stephens pointed to the fact that more than 6,400 ballots were rejected in the state’s Aug. 4 primary because they arrived too late, per the same report.

“…Affidavits and testimony detailed that despite voters requesting absentee ballots weeks in advance of the primary, their actual ballot arrived as late as Election Day,” Stephens said, per The Detroit News.

Stephens’ decision could greatly impact when the Michigan election results are called, since President Donald Trump won Michigan in 2016 by just 10,704 votes. 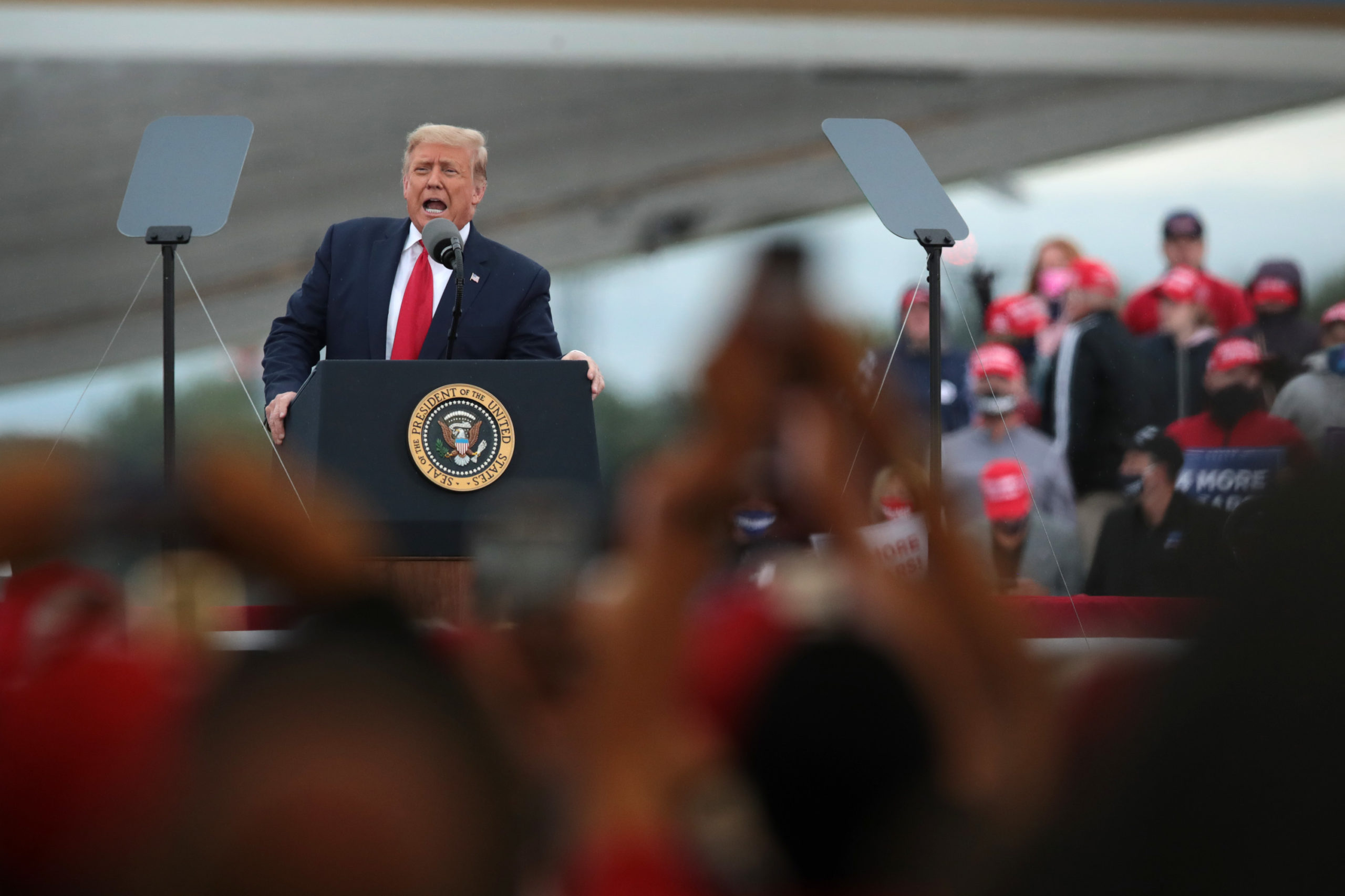 FREELAND, MICHIGAN – SEPT. 10: President Donald Trump speaks to supporters at a rally on Sept. 10, 2020 in Freeland, Michigan. Recent polls have former Vice President Joe Biden, who visited the battleground state yesterday, with a slight lead in the state. (Photo by Scott Olson/Getty Images)

Stephens also granted a preliminary injunction allowing absentee voters to select anyone they choose to help assist them in completing their ballot if the clerk’s office is unavailable. (RELATED: Here Are All The States With Mail-In Voting Issues… So Far)

Michigan law prohibits absentee voters from getting help in returning their ballot by anyone other than a mail-handler, clerk or assistant to the clerk, a person living in the household or a member of their immediate family.

“The court is convinced that the time deadline imposed on the fail-safe option of seeking assistance from the clerk risks leaving too many voters without the opportunity of receiving assistance in returning their ballots,” Stephens wrote, per the report.

This comes a day after District Judge Stephanie Dawkins Davis in Detroit ruled Michigan’s law making it a misdemeanor to hire drivers to take people to the polls barring a disability goes against U.S. election law.