Ginsburg passed away at the age of 87 due to complications from pancreatic cancer. (RELATED: Schumer, Waters Warn Republicans Not To Try To Fill Ginsburg’s Seat Before Election) 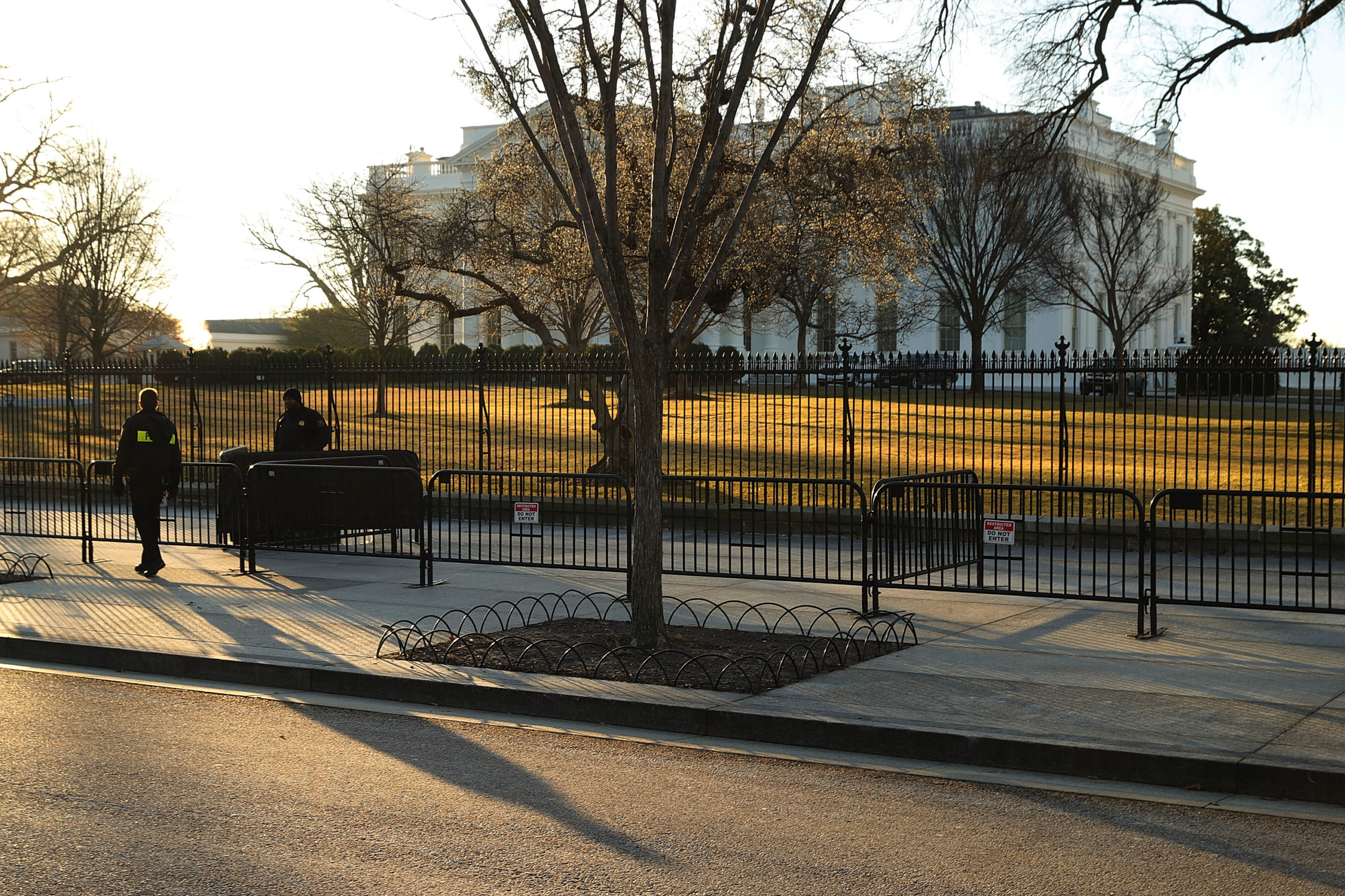 WASHINGTON, DC – JANUARY 20: U.S. Secret Service Uniform Division officers post at barricades on the north side of the White House January 20, 2018 in Washington, DC. The federal government was partially shut down at midnight after Republicans and Democrats in the Senate failed to find common ground on a budget. (Photo by Chip Somodevilla/Getty Images)

Flag at half mast at The White House after the passing of #RBG #RIPRGB pic.twitter.com/WTHR5faoIc

The White House had not issued a formal statement in response to Ginsburg’s passing by press time. President Donald Trump was delivering campaign remarks in Minnesota when the news broke.

Unaware of her passing, the president vowed to “nominate judges and justices who interpret the Constitution as written,” He noted that the as many as “four” potential Supreme Court nominations, the 2020 election would be “the most important election in the history of the country.”