Obama called Ginsburg “a warrior for gender equality — someone who believed that equal justice under law only had meaning if it applied to every single American.”

The former president also noted in a statement his 2016 nomination of Judge Merrick Garland, which was blocked by Republicans.

“They invented the principle that the Senate shouldn’t fill an open seat on the Supreme Court before a new president was sworn in,” he said. “A basic principle of the law — and of everyday fairness — is that we apply rules with consistency, and not based on what’s convenient or advantageous in the moment.” 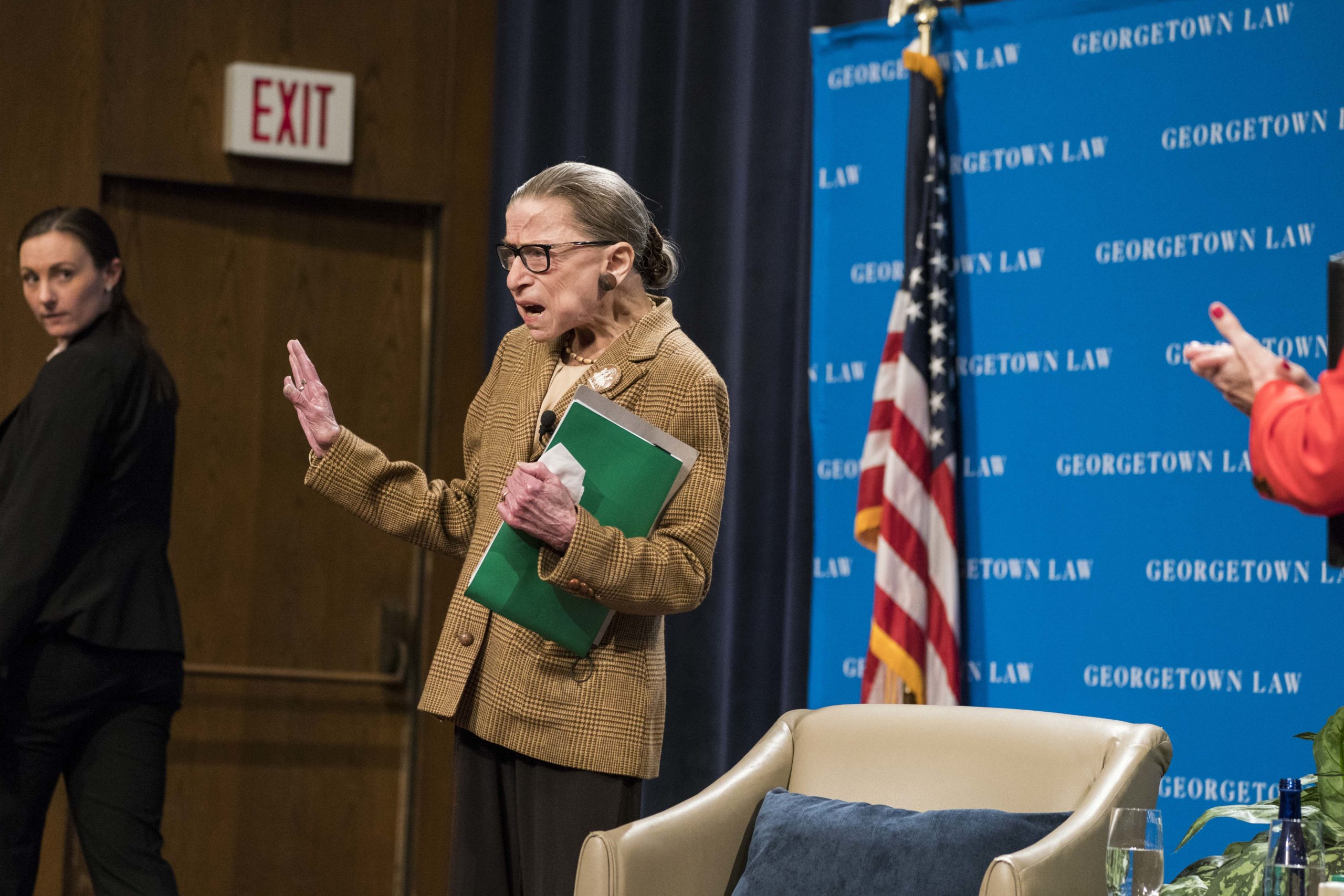 “Rosalynn and I are saddened by the passing of Justice Ruth Bader Ginsburg,” Carter, who said he was “proud to have appointed” the “truly great woman” to the U.S. Court of Appeals in 1980, wrote. “A powerful legal mind and a staunch advocate for gender equality, she has been a beacon of justice during her long and remarkable career.”

“She dedicated many of her 87 remarkable years to the pursuit of justice and equality, and she inspired more than one generation of women and girls,” he continued. “Justice Ginsburg loved our country and the law.”

“America has lost one of the extraordinary Justices ever to serve on the Supreme Court,” Clinton wrote. “Hillary and I will miss her terribly, and will be forever grateful for her life’s work and her friendship.”

JUST IN: A statement from President Clinton who nominated Justice Ginsburg to the Supreme Court. pic.twitter.com/xiOMlItifu

President Donald Trump was speaking at a campaign rally in Minnesota when the news broke Friday evening, and was not notified of Ginsburg’s death until after the conclusion of his remarks.

National Public Radio reported following her passing that Ginsburg’s final wish was that the vacancy not be filled “until a new President is installed.”

BREAKING NEWS from @NPR : Ruth Bader Ginsburg died Friday at age 87 from complications of cancer.
In a statement dictated to her granddaughter Clara Spera days before her death, she said, “My most fervent wish is that I will not be replaced until a new President is installed.”

This piece will be updated as new information becomes available.