France’s environment minister Barbara Pompili announced Tuesday that the country will begin a gradual ban on using wild animals in traveling circuses or keeping dolphins and killer whales in captivity in marine parks as well as banning the raising of minks on fur farms.

“It is time to open a new era in our relationship with these (wild) animals,” Pompili said, noting animal welfare is paramount, according to the Associated Press (AP).

Pompili said traveling circuses will not be allowed to use bears, tigers, lions, elephants and other animals “in the coming years,” according to the AP. However, the ban does not apply to wild animals in stationary shows or zoos.

Starting immediately, France’s three marine parks will no longer be allowed to breed or import dolphins and killer whales, per the same report. (RELATED: Watchdog Group: Unnecessary Drug Testing On Dogs Held Up A Potential Treatment For COVID-19) 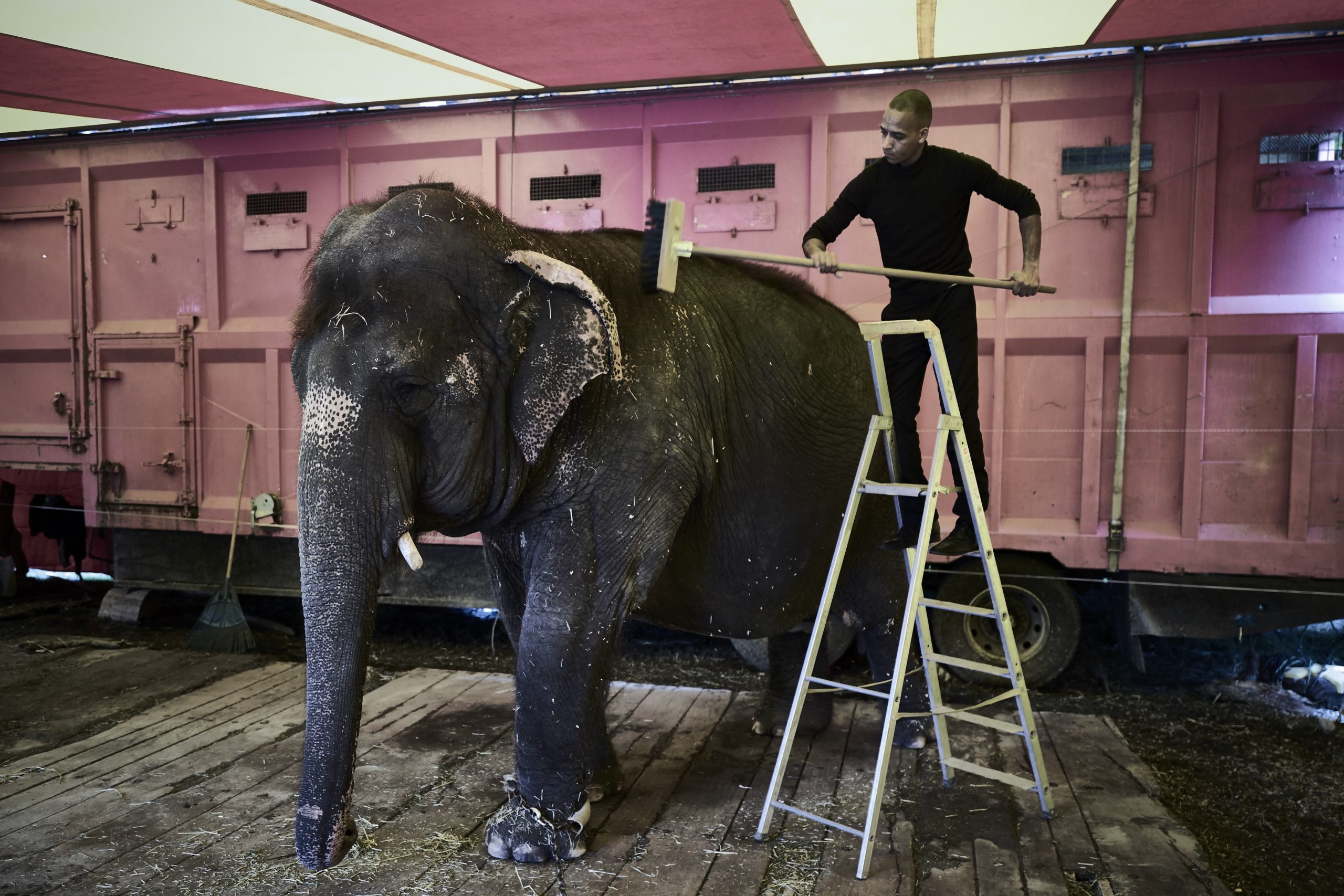 A man cleans an elephant at the Medrano Circus, as the travelling circus set up his circus tent in Lyon on October 16, 2016. AFP / JEAN-PHILIPPE KSIAZEK

While there’s no official start date for the ban in traveling circuses to take effect, Pompili said the process should begin “as soon as possible,” and promised solutions for each animal will be taken on a case-by-case basis, per the report.

“That transition will be spread over several years, because it will change the lives of many people,” she said.

France is set to give 8 million-euro, which translates to roughly $9.2 million, to zoos and marine parks to help staffers find other work opportunities, according to the Daily News.

Worldwide, 31 countries have banned the use, either partially or completely, of wild animals in circuses, including more than a dozen European Union (EU) countries.

“While long-overdue, this is a great step forward. Not only will France – one of the last EU Member States with a large animal circus industry – phase-out wild animal acts from circuses, but also it will take a stand against the keeping of whales, dolphins (including orca) and porpoises in captivity,” Draper said.

Born Free said they have re-homed six lions connected to France’s circuses in the past three years.