The Twenty-Fifth Amendment was written specially to handle a situation like this. This amendment outlines specific procedures for succession of a president if the current president is “unable to discharge the powers and duties of his office.” (RELATED: President Trump, Melania Test Positive For COVID-19)

If Pence continues to test negative, then there are two options if Trump becomes medically incapacitated. 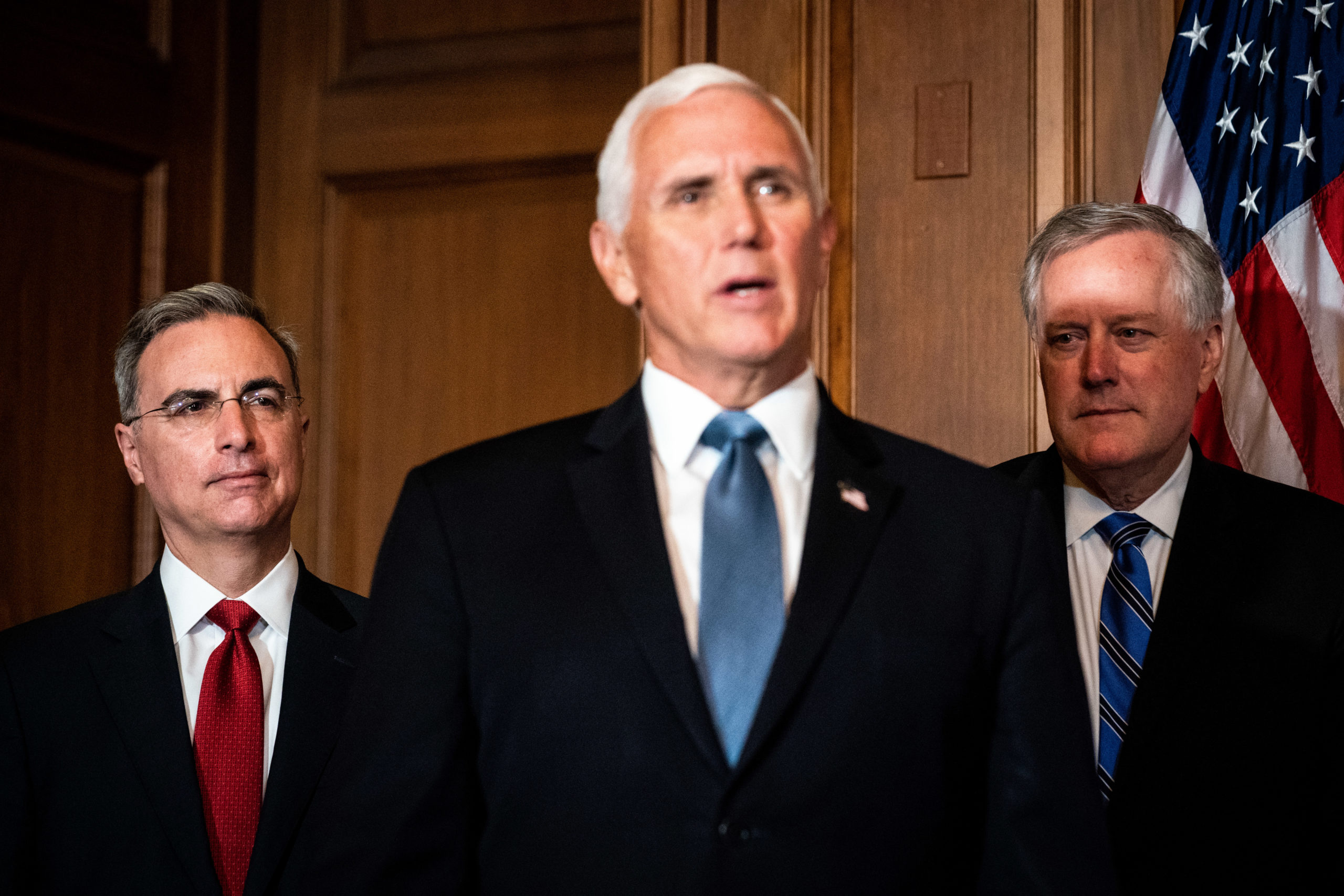 Under Sec. 3 of the amendment, Trump can cede his power to Pence by writing a letter to the Speaker of the House declaring he is unable to carry out his duties. If this happens, Pence would assume the role of acting president.

Trump can then reclaim his power when he submits another letter declaring he is fit to resume his duties.

If the president suddenly becomes incapacitated and is unable to carry out his duties, Pence and the cabinet can send a letter to the Speaker of the House declaring Trump is “unable to discharge the powers and duties of his office,” and Pence would then assume the role of acting president.

If this occurs, Trump could then submit a letter once he’s capable of resuming his role to a deciding group, which could be a body that Congress designates, or the Vice President and Cabinet, that he’s no longer unable to assume his roles.

Once Trump decides he is capable, the deciding body has four days to disagree. If they agree that Trump can resume his role, Trump retakes office. However, if two-thirds of both chambers of Congress decide Trump is still unfit, then Pence would remain in office, according to the Constitution Center.

On July 13, 1985, President Ronald Reagan became the first President to invoke Sec. 3 of the 25th Amendment, sending a letter to the Speaker of the House informing him that he was going under surgery and that Bush would assume the duties of president.

Bush was acting president for less than a day, beginning at  11:28 a.m. and ending at 7:22 p.m., after Reagan wrote to Bush “I am able to resume the discharge of the constitutional powers and duties of the office of the President,” according to The New York Times.

Perhaps the biggest issue posed when invoking the 25th Amendment is the ambiguous language used to describe a president that is incapable. The amendment does not lay out any specific standard as to what counts as an “inability,” which could raise serious concerns over the next few days.

But this looming question isn’t new.

Article II of the Constitution lays out a more vague line of presidential succession. If the president becomes incapacitated, then the powers of the president “shall devolve on the Vice President.” However, “Congress may by law provide for the Case of Removal, Death, Resignation or Inability, both of the President and Vice President declaring what Officer shall then act as President, and such Officer shall act accordingly until the Disability be removed, or a President shall be elected.”

In 1787, Delaware Delegate John Dickinson asked, according to James Madison’s notes, “What is the extent of the term ‘disability’ & who is to be the judge of it?”

His question was left unanswered, and similarly, the 25th Amendment also does not answer it.