McConnell sent out a tweet after speaking with Trump — who is currently resting and quarantining for at least 14 days — saying the Senate will continue to move forward in a fair and timely manner to process Barrett to be the next Supreme Court justice. McConnell also mentioned that Trump was happy with how senators have approved of Barrett and said he is in “good spirits.”

Just finished a great phone call with @POTUS. He’s in good spirits and we talked business — especially how impressed Senators are with the qualifications of Judge Barrett. Full steam ahead with the fair, thorough, timely process that the nominee, the Court, & the country deserve. 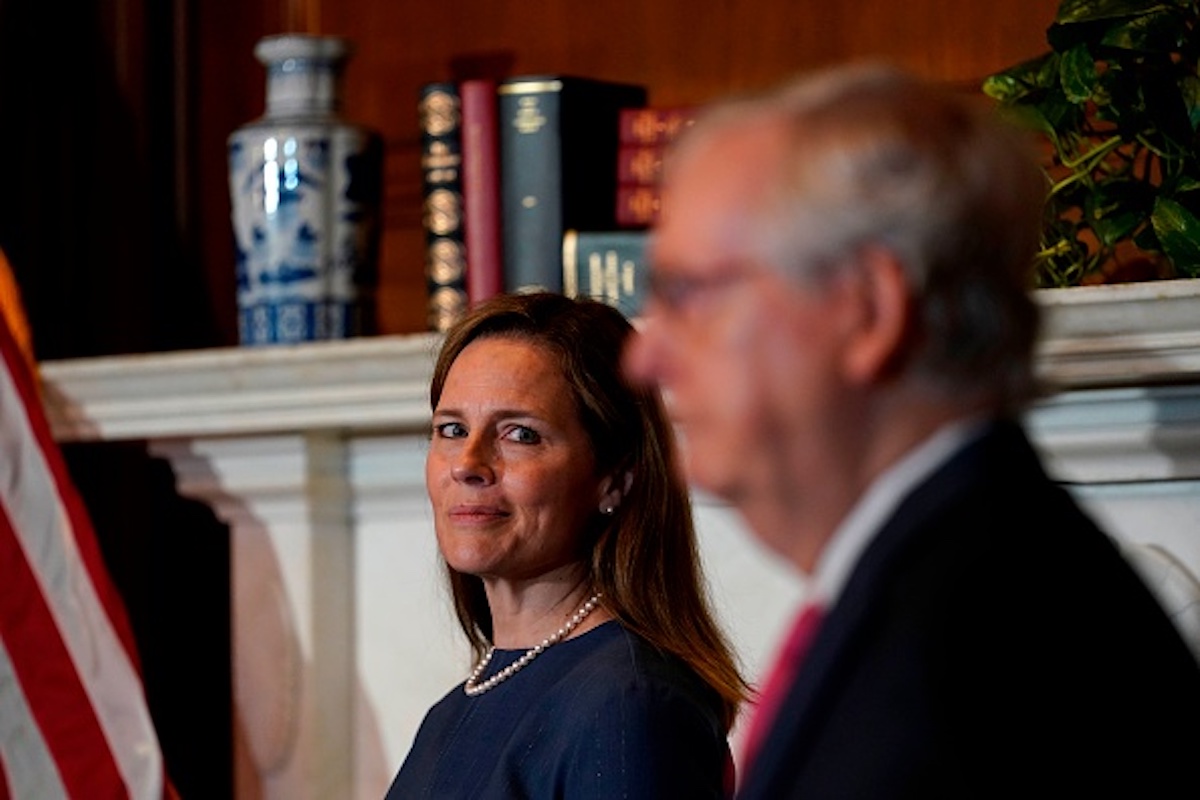 Supreme Court nominee Judge Amy Coney Barrett looks over to Senate Majority Leader Mitch McConnell of Kentucky, as they meet with on Capitol Hill in Washington,DC on September 29, 2020. (Photo by SUSAN WALSH/POOL/AFP via Getty Images)

Before news broke early Friday morning that Trump tested positive for coronavirus, Democratic California Sen. Dianne Feinstein and a group of Democrats on Thursday formally asked Judiciary Committee Chairman Lindsey Graham to delay Barrett’s confirmation. Feinstein complained that Republicans’ timeline was unfair and should be put off until after the next president is inaugurated. (RELATED: ‘Urge You To Delay Consideration’ — Sen. Feinstein Formally Asks To Delay Amy Coney Barrett’s Confirmation)

First lady Melania Trump also tested positive for coronavirus early Friday morning. Trump said that he and his wife had already started the “quarantine process” in a tweet. After testing positive for the virus, the CDC recommends a 14-day quarantine before a person can interact with others.

White House physician Sean Conley said both Trump and Melania are “doing well” and will quarantine at the White House for the time being.