Senate Majority Leader Mitch McConnell on Wednesday said both parties are still very far apart from reaching a deal on a coronavirus stimulus package, saying Democrats are continuing to ask for too much money.

McConnell told reporters that a deal on a stimulus package was far from happening as Speaker of the House Nancy Pelosi was meeting with Treasury Secretary Steven Mnuchin to try to negotiate on a number they know both sides would vote for. Mnuchin has been leading the negotiation efforts for the White House. 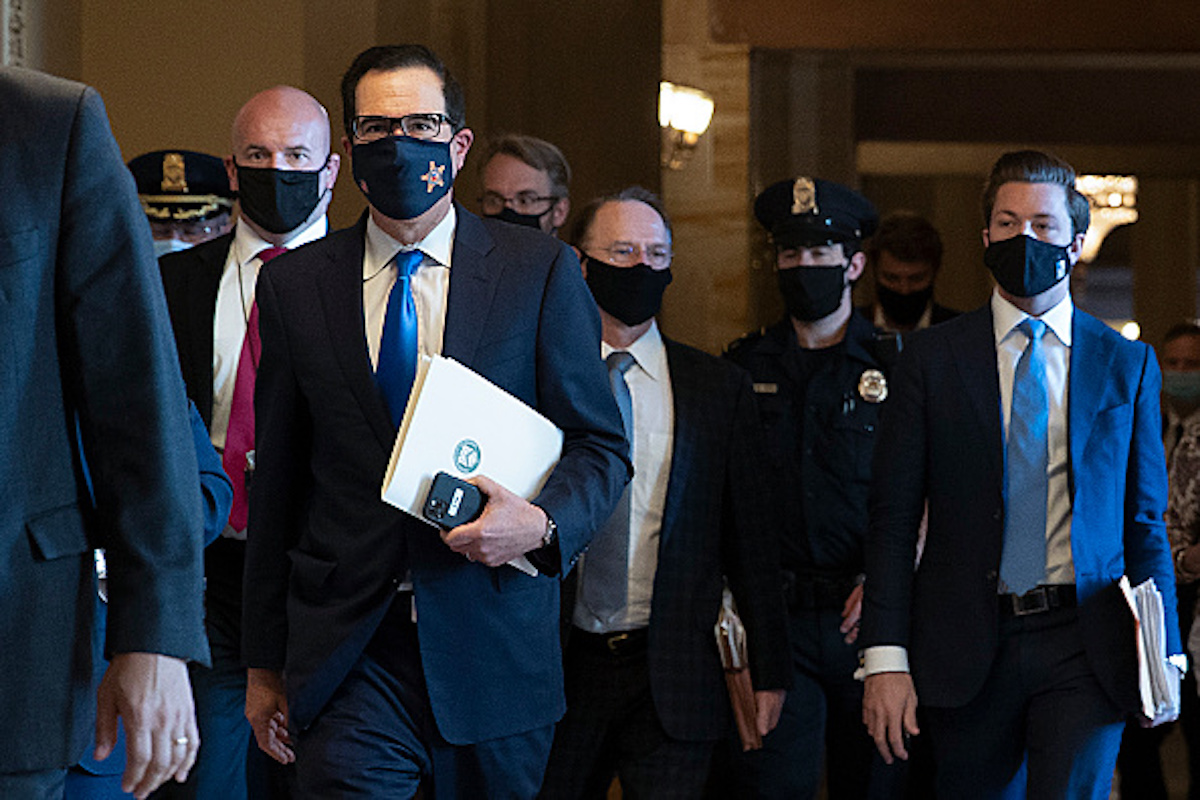 Speaker of the House Nancy Pelosi sent out an email Monday night urging her colleagues to vote for the new $2.2 trillion Heroes Act. The bill, like other Democratic coronavirus stimulus packages, includes the word cannabis 68 times. Pelosi has previously said Cannabis is related to the coronavirus and helps as therapy.

The word “job” is only mentioned 47 times and the word “jobs” is mentioned just 7 times in the Democrats stimulus package. (RELATED: Pelosi Letter Warns Democrats Of A Possible ‘Stolen’ Presidential Election — Says Congress Could Decide Outcome)

Democrats were originally planning to vote on the legislation Wednesday but will now wait until Thursday to see if a deal can be reached with the White House.