Amazon continues to offer over 2,000 products related to the QAnon conspiracy theory on its marketplace, despite its recent bans on merchandise related to the Proud Boys and the Washington Redskins.

The QAnon conspiracy theory took off in late 2017 after an individual purporting to be a confidant of President Donald Trump began posting messages to anonymous internet message boards claiming that the commander in chief is secretly fighting Democrats and “deep state” operatives involved in a worldwide child sex trafficking ring.

The FBI specifically mentioned the QAnon movement in a May 2019 bulletin warning that fringe conspiracy theories are domestic terrorist threats that could drive “groups and individual extremists to carry out criminal or violent acts,” Yahoo News reported.

And on Friday the House voted overwhelmingly to approve a resolution condemning the fringe group by name. The resolution cited the Anti-Defamation League, which has said QAnon’s central tenets include anti-Semitic elements.

“We all must call it what it is: a sick cult,” the Massachusetts Democrat said. (RELATED: ‘QAnon is Nuts’: Republican Ben Sasse Rips Trump For Flirting With Conspiracy Theory)

Among the products related to the conspiracy theory available for purchase on Amazon’s marketplace include the 2019 book, “QAnon: An Invitation to The Great Awakening.”

“This book is a field guide to an important chunk of reality that’s been carefully hidden and wrongly discredited by the media. It reveals an extraordinary movement underway, a battle of epic proportions,” the book’s description on Amazon reads.

“Whether you know it or not, you’re involved because the result of this battle will determine the fate of your children and future generations both in America and around the world,” it continues.

The Amazon marketplace also offers a number of shirts and other clothing items with the QAnon logo and slogans linked to the conspiracy. 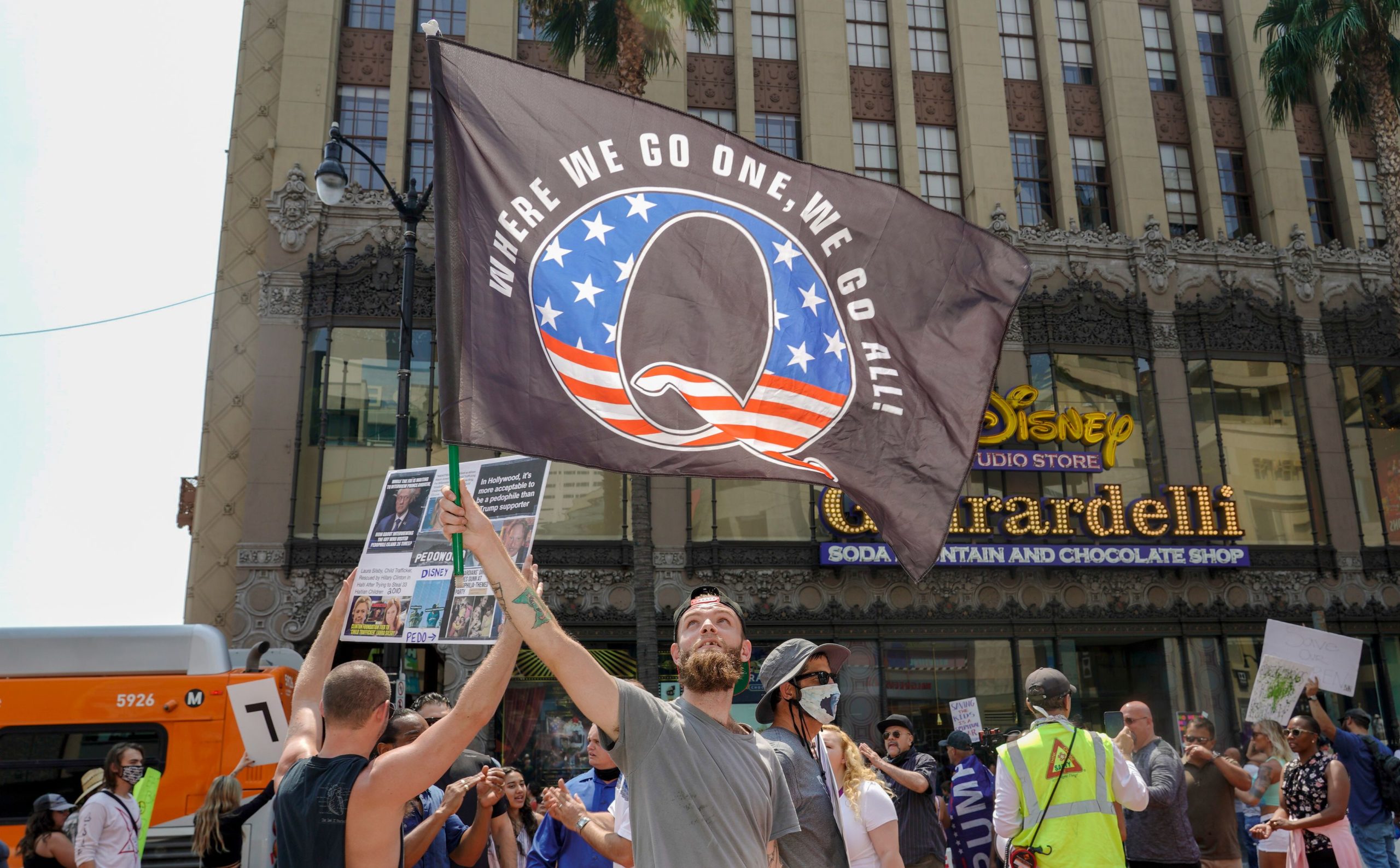 QAnon products remain on the Amazon marketplace despite the company’s decision on Wednesday to block sales of items displaying the insignia of the far-right Proud Boys group. Amazon also pulled merchandise containing the words “stand back” and “stand by,” references to Trump’s message to the Proud Boys during his debate with Democratic presidential nominee Joe Biden on Tuesday.

Amazon’s marketplace guidelines prohibit the sale of “offensive and controversial materials” that “promote, incite or glorify hatred, violence, racial, sexual or religious intolerance or promote organizations with such views.”

An Amazon spokesperson referenced the site’s selling guidelines in a statement to CBS News explaining its decision to prohibit the sale of Proud Boys merchandise.

In early July, Amazon pulled all merchandise related to the Washington Redskins. The decision came about a week before the NFL team announced that it would retire the Redskins name.

An Amazon spokesperson confirmed to the Daily Caller News Foundation that the company removed “Stand Back, Stand By” t-shirts. But the spokesperson did not address why Amazon continues to allow QAnon products to be sold on its marketplace.