While original reports indicated the romance stopped with texts, the pair met in person at least once and were intimate, according to texts obtained by the Associated Press (AP).

Cunningham and Guzman Todd reportedly met twice, once in March in Los Angeles that did not result in any intimate contact, and a second time in July in North Carolina, where Guzman Todd said the pair was intimate, per the AP.

Guzman Todd said she and Cunningham were intimate at his home, which she called “weird,” according to the report.

In another series of texts, Guzman Todd reportedly expressed frustration over Cunningham’s lack of attention and threatened to expose him.

“I’m just going to send to his opponent his naked photos,” Guzman Todd reportedly wrote, according to the AP. “That will teach him.”

“You don’t deserve me Cal,” she allegedly said in another text, adding, “he knows (that I) can tank his campaign.”

Guzman Todd apologized for the “pain and embarrassment” the extramarital affair caused, according to the AP.

“A few months back, I displayed a lapse in judgment by engaging in a relationship with Cal Cunningham during a period of marital separation,” she reportedly said. “The relationship spanned several months and consisted primarily of a series of text exchanges and an in-person encounter.”

Cunningham also issued a statement regarding the affair, per the AP.

“I have hurt my family, disappointed my friends, and am deeply sorry. The first step in repairing those relationships is taking complete responsibility, which I do. I ask that my family’s privacy be respected in this personal matter,” the statement said. 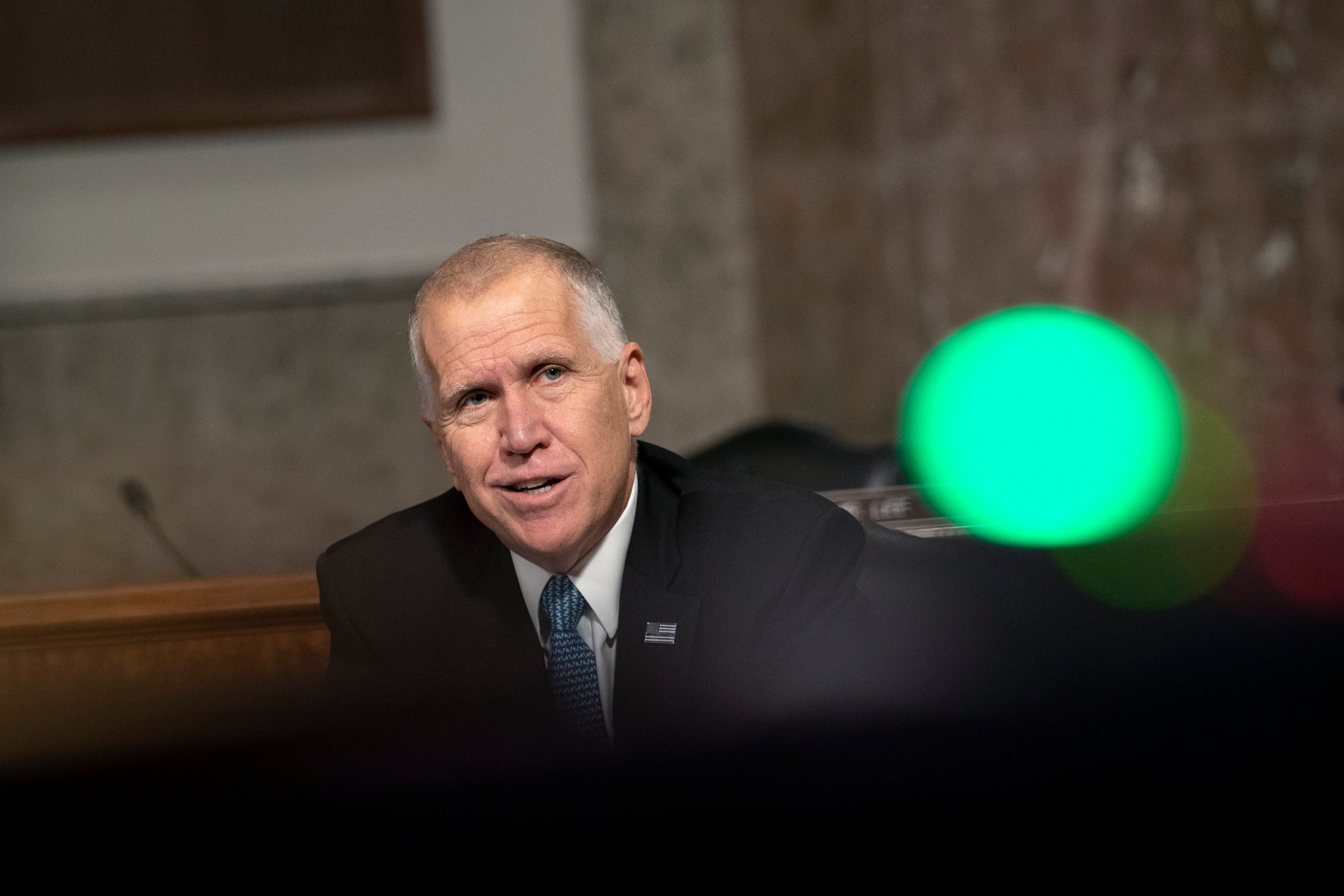 Cunningham is challenging Republican incumbent Sen. Thom Tillis. A recent poll from Reuters/Ipsos shows 47 percent of voters polled between Sept. 29 through Oct. 6 said they planned to vote for Cunningham, while only 42 percent supported Tillis. (RELATED: Here Are The 4 Races Republicans Need To Win If They Want To Hold Onto The Senate)

Democrats need to pick up three Senate seats if Joe Biden wins the White House and four if Biden loses in order to control the Senate.