The New England Journal of Medicine published an editorial Wednesday critical of the U.S. government’s coronavirus response, which it called a failure.

The editorial entitled “Dying in a Leadership Vacuum” does not specifically name President Donald Trump nor did it endorse Democratic presidential nominee Joe Biden, but it strongly criticized the Trump administration’s policies during the pandemic and praised measures taken by the Chinese government to fight COVID-19.

The article was signed by dozens of New England Journal of Medicine (NEJM) editors, according to CBS News.

“With no good options to combat a novel pathogen, countries were forced to make hard choices about how to respond,” the editorial said. “Here in the United States, our leaders have failed that test. They have taken a crisis and turned it into a tragedy.” (RELATED: Kamala Harris Repeats Lie That Trump Called Virus A ‘Hoax’)

It added: “The response of our nation’s leaders has been consistently inadequate. The federal government has largely abandoned disease control to the states.”

The U.S. failed to conduct enough tests early in the pandemic and provide sufficient personal protective equipment to health care workers in the early days of the outbreak, the editorial argued. The tested per infected rate in the U.S. is worse than Kazakhstan, Zimbabwe and Ethiopia, it added.

“Our current leaders have undercut trust in science and in government, causing damage that will certainly outlast them,” the NEJM article continued. “Instead of relying on expertise, the administration has turned to uninformed ‘opinion leaders’ and charlatans who obscure the truth and facilitate the promulgation of outright lies.” 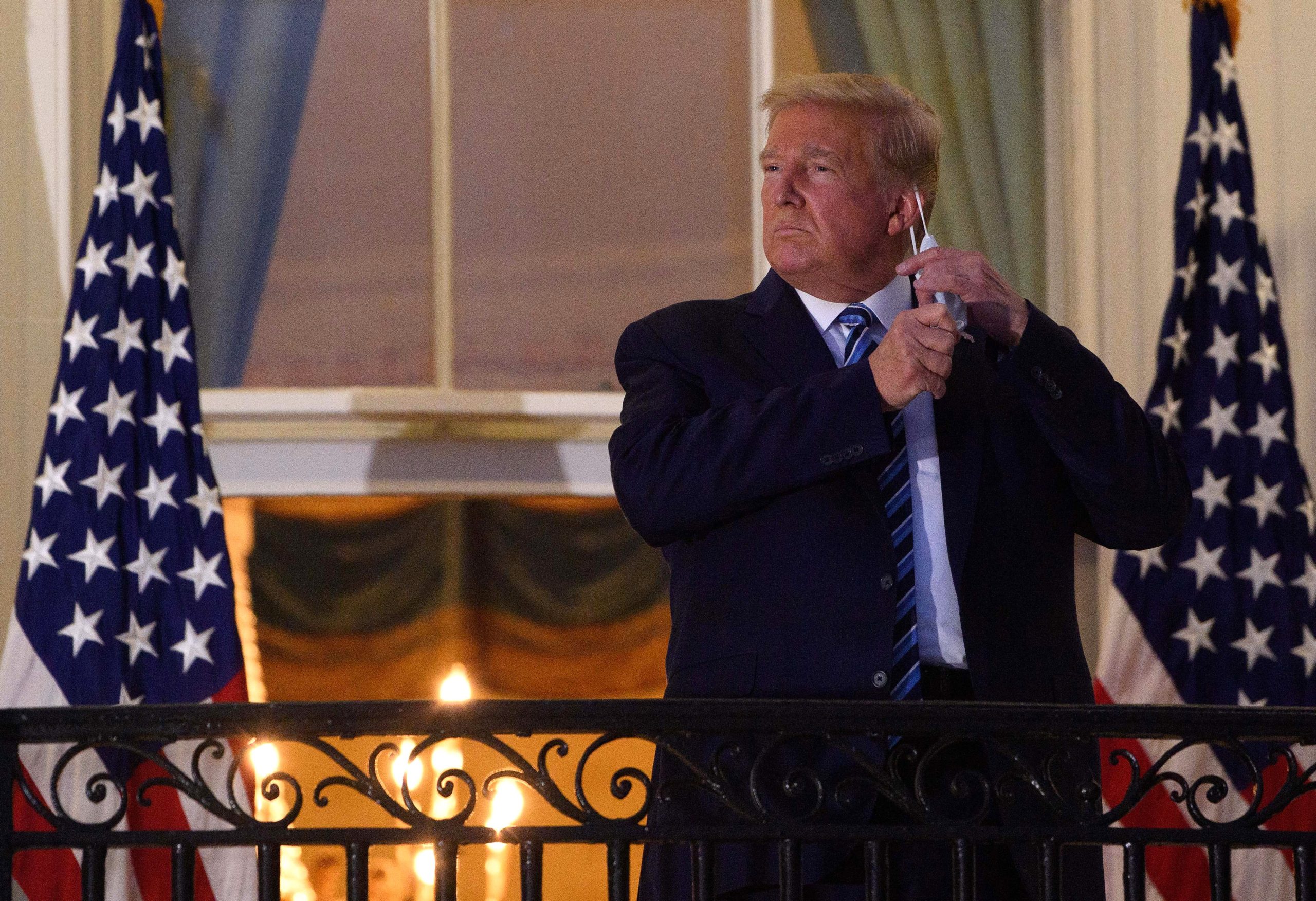 President Donald Trump takes off his mask as he arrives at the White House upon his return from Walter Reed Medical Center on Oct. 5. (Nicholas Kamm/AFP via Getty Images)

The article also praised the “strict quarantine and isolation” measures that China took.

“These measures were severe but effective, essentially eliminating transmission at the point where the outbreak began and reducing the death rate,” the editorial said.

However, the measures that the Chinese government imposed likely could have never been replicated in the U.S. or other Western countries.

“Whether it works is not the only measure of whether something is a good public health control measure,” Alexandra Phelan, a lawyer and China specialist at Georgetown University’s Center for Global Health Science and Security, told Science Magazine.

“There are plenty of things that would work to stop an outbreak that we would consider abhorrent in a just and free society.”

China has also been criticized for hiding important information about the virus before it was considered a public health emergency, according to The Wall Street Journal.

“The United States instituted quarantine and isolation measures late and inconsistently, often without any effort to enforce them, after the disease had spread substantially in many communities,” the article continued. “Our rules on social distancing have in many places been lackadaisical at best, with loosening of restrictions long before adequate disease control had been achieved.”

The NEJM editorial said the Centers for Disease Control and Prevention, the National Institutes of Health and the Food and Drug Administration have been “eviscerated,” “excluded” and “politicized” respectively. (RELATED: White House To Block FDA Vaccine Guidelines That Would’ve Delayed Approval Past Election)

Because the federal government didn’t take “simple” measures early, inequality has been exacerbated and children are missing out on school, the editorial added.

Wednesday’s article was the NEJM’s first partisan article in its 208-year history according to The New York Times. NEJM is considered a top U.S. medical journal., CNN reported.

Trump declared a national emergency in March as coronavirus spread rapidly around the world. The president’s handling of the pandemic will be a major issue for voters on Nov. 3.