Republican Iowa Sen. Joni Ernst offered Barrett a chance to offer “words of encouragement” to young women who admire Barrett. The Supreme Court nominee shared advice she said she gives to her own daughters, and wisdom from her own father.

“I think I would say to be confident,” she said. “One thing I have often told my own daughters is that you should not let life just happen to you, or sweep you along.” (RELATED: ‘A Reinforced Concrete Barrier’: Lindsey Graham Explains Why A Barrett Confirmation Is Groundbreaking For Conservative Women)

“You should identify where your objectives are and identify the type of person you want to be and make deliberate decisions to make that happen,” she continued.

President Donald Trump appointed Barrett, a Catholic mother of seven, to the 7th Circuit Court of Appeals in 2017. Her confirmation hearings gained national attention when Democratic lawmakers questioned her about her Catholic beliefs, suggesting that Barrett’s Catholicism made her unfit to serve as a judge.

The potential Supreme Court nominee has drawn attention from both the left and right for her devotion to the Roman Catholic faith. (RELATED: Here Are 7 Things You Need To Know About Amy Coney Barrett) 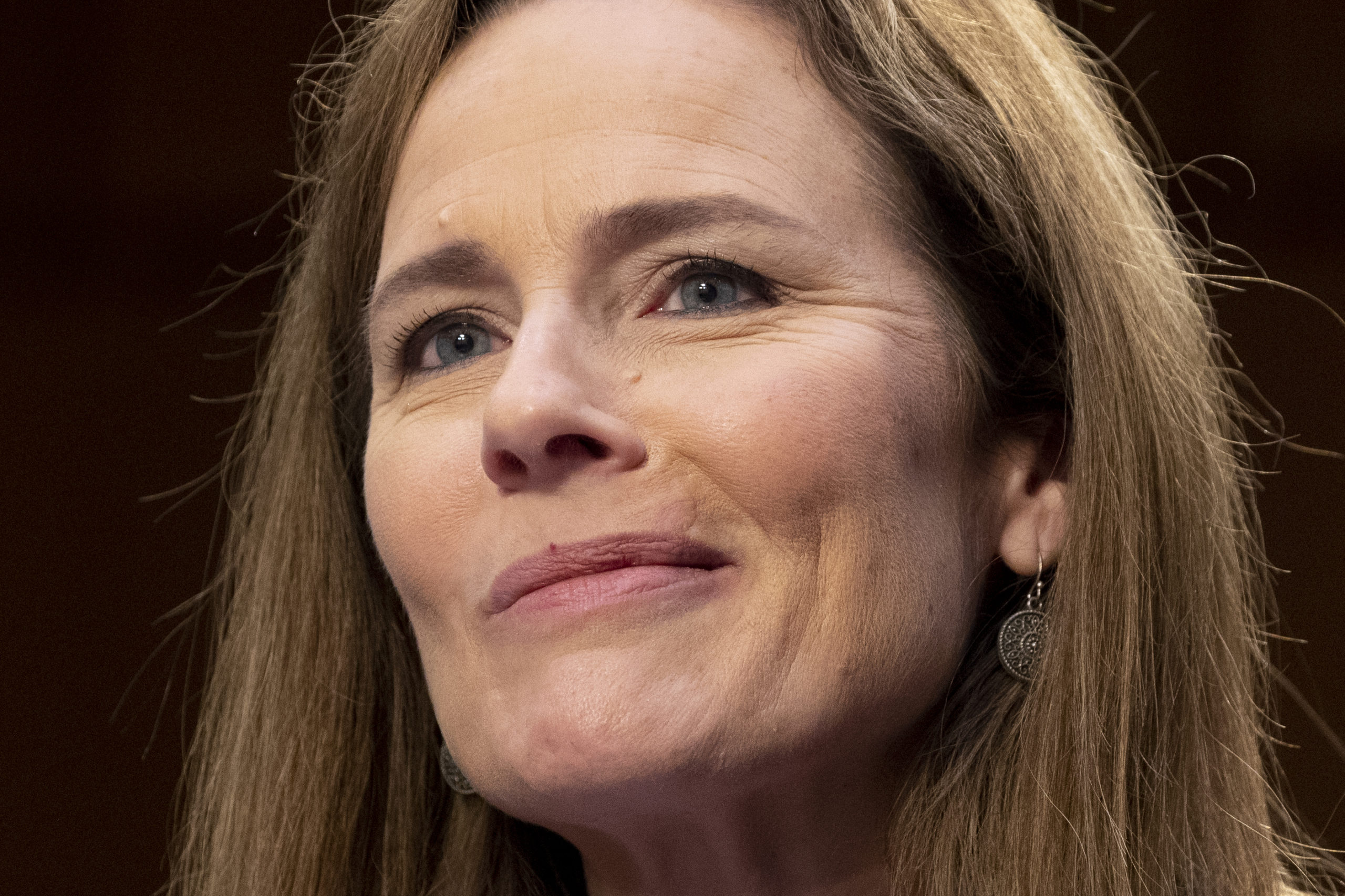 Some Democratic lawmakers and abortion advocates have said they fear that adding Barrett to the bench may result in overturning Roe v. Wade. During her confirmation hearings on Capitol Hill, Democrats have repeatedly questioned her on policy questions on a variety of political issues, including Obamacare, abortion, and same-sex marriage.

Barrett repeatedly declined to indicate how she would judge issues that come before the Supreme Court.

“I have no mission and no agenda,” she said, regarding whether she would follow President Donald Trump’s wishes and overturn Obamacare.