A coronavirus vaccine has long been presented to Americans as the final nail in the coffin for the COVID-19 pandemic, heralding the end of lockdowns and a return to normal life, but the first round of vaccines is unlikely to have that level of impact.

Here are the three biggest reasons that much of the coronavirus hysteria will likely continue even after a COVID-19 vaccine is available for distribution.

WASHINGTON, DC – JUNE 30: Dr. Anthony Fauci, director of the National Institute of Allergy and Infectious Diseases, speaks during a Senate Health, Education, Labor and Pensions Committee hearing on June 30, 2020 in Washington, DC. Top federal health officials discussed efforts for safely getting back to work and school during the coronavirus pandemic. (Photo by Al Drago – Pool/Getty Images)

While well-established vaccines against Polio and other diseases have essentially reduced the threat of contracting the targeted ailment to zero, the COVID-19 vaccines — at least the early ones — are unlikely to sport the same success rate.

Dr. Amesh Adalja of the Johns Hopkins University Center for Health Security told the Daily Caller the first round of vaccines from President Donald Trump’s administration are more likely to resemble flu vaccines, which substantially decrease chances of infection and reduce the severity of any infection, but do not grant full immunity.

The reduced effectiveness of first-wave vaccines is at least partly due to the method used to develop them so quickly. The traditional method of developing vaccines takes years or even decades, whereas a COVID-19 vaccine is expected by some to be widely available by summer of 2021, roughly 18 months after the pandemic began.

Trump’s Operation Warp Speed partnered with major pharmaceutical companies like Johnson & Johnson to fast-track a vaccine using a a new method that applies the specifics of COVID-19 to a generic “plug-and-play” vaccine template, Adalja told the Caller.

The longer, more traditional vaccine development process involves creating a vaccine from the ground up based on a specific disease. While that route takes longer, it is more effective, and those vaccines currently in development now are likely to replace the fast-action vaccines going into circulation in 2021, Adalja said.

CLEVELAND, OH – JULY 21: Republican presidential candidate Donald Trump gives two thumbs up to the crowd during the evening session on the fourth day of the Republican National Convention on July 21, 2016 at the Quicken Loans Arena in Cleveland, Ohio. An estimated 50,000 people were in Cleveland, including hundreds of protesters and members of the media. The four-day Republican National Convention kicked off on July 18. (Photo by Chip Somodevilla/Getty Images)

In order for the COVID-19 vaccine to be effective enough to bring us back to normality, the vast majority of Americans need to take it — more than 70%, according to Adalja.

Democratic presidential nominee Joe Biden and his running mate Kamala Harris have consistently sought to politicize the vaccine, suggesting Trump would not follow the correct safety measures and could push through an unsafe vaccine. The messaging could shrink the number of Americans willing to take the vaccine, resulting in reduced effectiveness and prolonged lockdowns.

A Gallup poll from early August found that more than one in three Americans would not get a COVID-19 vaccine even if it received FDA approval and was completely free. The 65% of Americans who said they would take the vaccine is just below the lower end of Adalja’s estimate of what it would take to have an effective response.

Vaccine skepticism has only increased since August as well, according to a Pew Research poll that only 51% of Americans then said they would “definitely or probably” get a COVID-19 vaccine once available. (RELATED: Over 60 Percent Of Americans Say They Will Not Get A 1st Generation Coronavirus Vaccine)

Americans’ past behavior on vaccines isn’t exactly encouraging, either. The H1N1 vaccine developed under President Barack Obama’s administration saw less than 30% of Americans use it, according to Adalja. While H1N1 was not as severe and widespread as coronavirus, it can offer a clue into how Americans would respond to a vaccine. 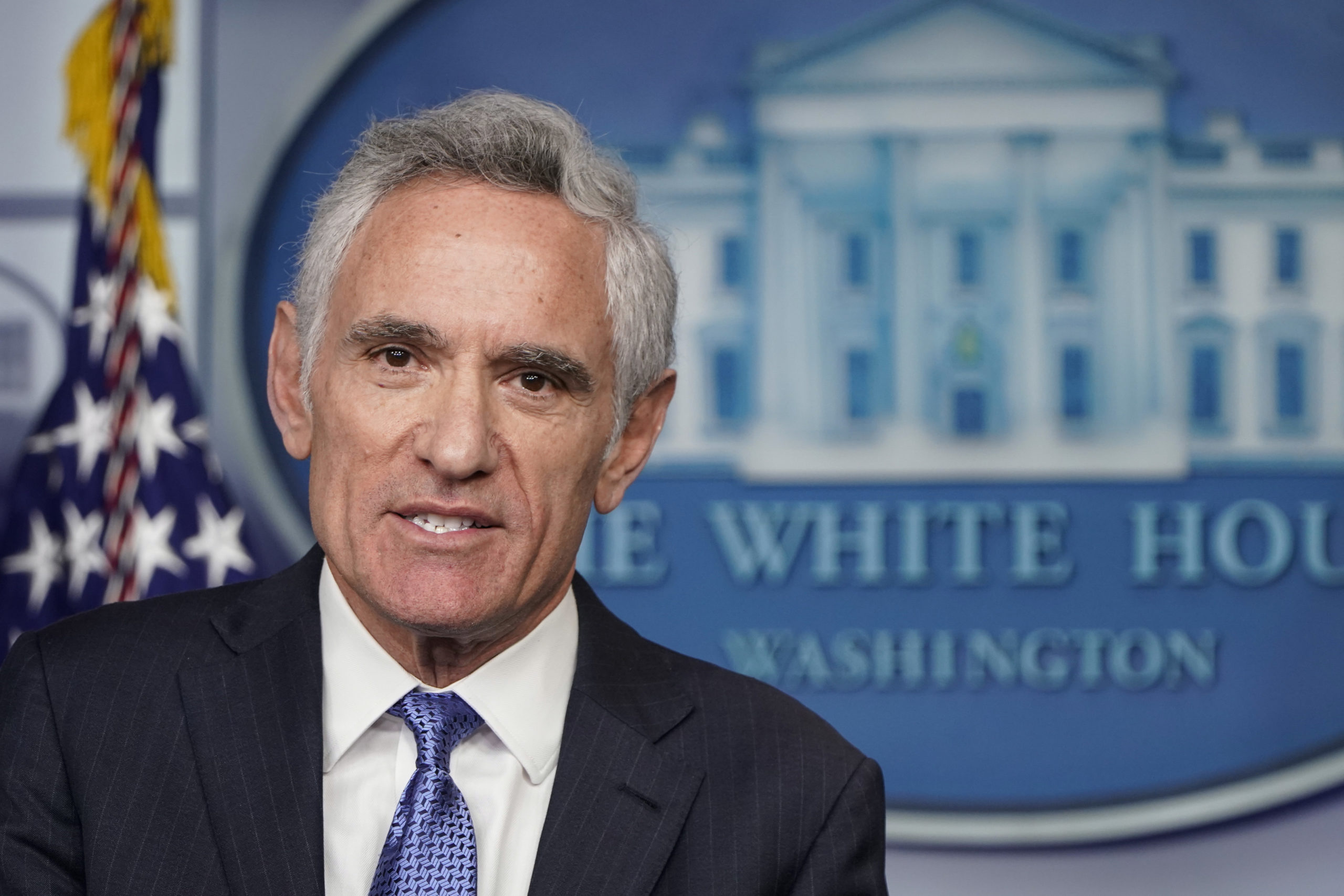 WASHINGTON, DC – SEPT. 23: Dr. Scott Atlas, member of the White House’s coronavirus task force, speaks at a news conference in the briefing room of the White House on Sept. 23, 2020 in Washington, DC. President Trump fielded questions about a coronavirus vaccine and the latest developments in the Breonna Taylor case among other topics. (Photo by Joshua Roberts/Getty Images)

The Trump administration’s official timetable for the COVID-19 vaccine suggests nearly 700 million doses will be available to Americans by March 2021. Trump’s own Centers for Disease Control and Prevention (CDC) director, Dr. Robert Redfield, has implied this timeline is overly optimistic. Redfield has suggested vaccines likely won’t be widely available to the public until summer of 2021.

Trump says 100 million doses will be available by the end of 2020, and Adalja argues those doses would go to specific demographics like healthcare workers and elderly Americans with comorbidities before being available to the public.