In a campaign tweet Wednesday, Democratic presidential nominee Joe Biden claims, “America was an idea. We’ve never live up to it but we’ve never walked away from it before.”

America was an idea. We’ve never lived up to it but we’ve never walked away from it before. https://t.co/VRCnKI0rfQ pic.twitter.com/xLuhhGyJVp

In a recorded statement accompanied by text, the former vice president can be heard saying, “America was an idea, an idea. ‘We hold these truths to be self-evident.’ We’ve never lived up to it, but we’ve never walked away from it before, and I just think we have to be more honest. Let our kids know, as we raise them, what actually did happen. Acknowledge our mistakes, so we don’t repeat them.”

While President Donald Trump first campaigned in 2016 on the slogan “Make America Great Again,” (MAGA) many Democrats have questioned whether America was ever great. (RELATED: Beto O’Rourke: ‘This Country … Is Still Racist At Its Foundation’)

During his run for the party’s presidential nomination in May 2019, former South Bend, Indiana Mayor Pete Buttigieg said, America “was never as great as advertised.”

Democratic New York Gov. Andrew Cuomo has also suggested that American greatness was an idea that might exist in the future. “It was never that great,” he said criticizing the MAGA slogan in August 2018. “We have not reached greatness. We will reach greatness when every American is fully engaged. We will reach greatness when discrimination and stereotyping against women, 51% of our population, is gone … and every woman is making her full contribution.”

Former Attorney General Eric Holder has also denied American greatness. “When I hear these things about ‘Let’s make America great again,’ I think to myself: ‘Exactly when did you think America was great?’” Holder said in a March 2019 interview. 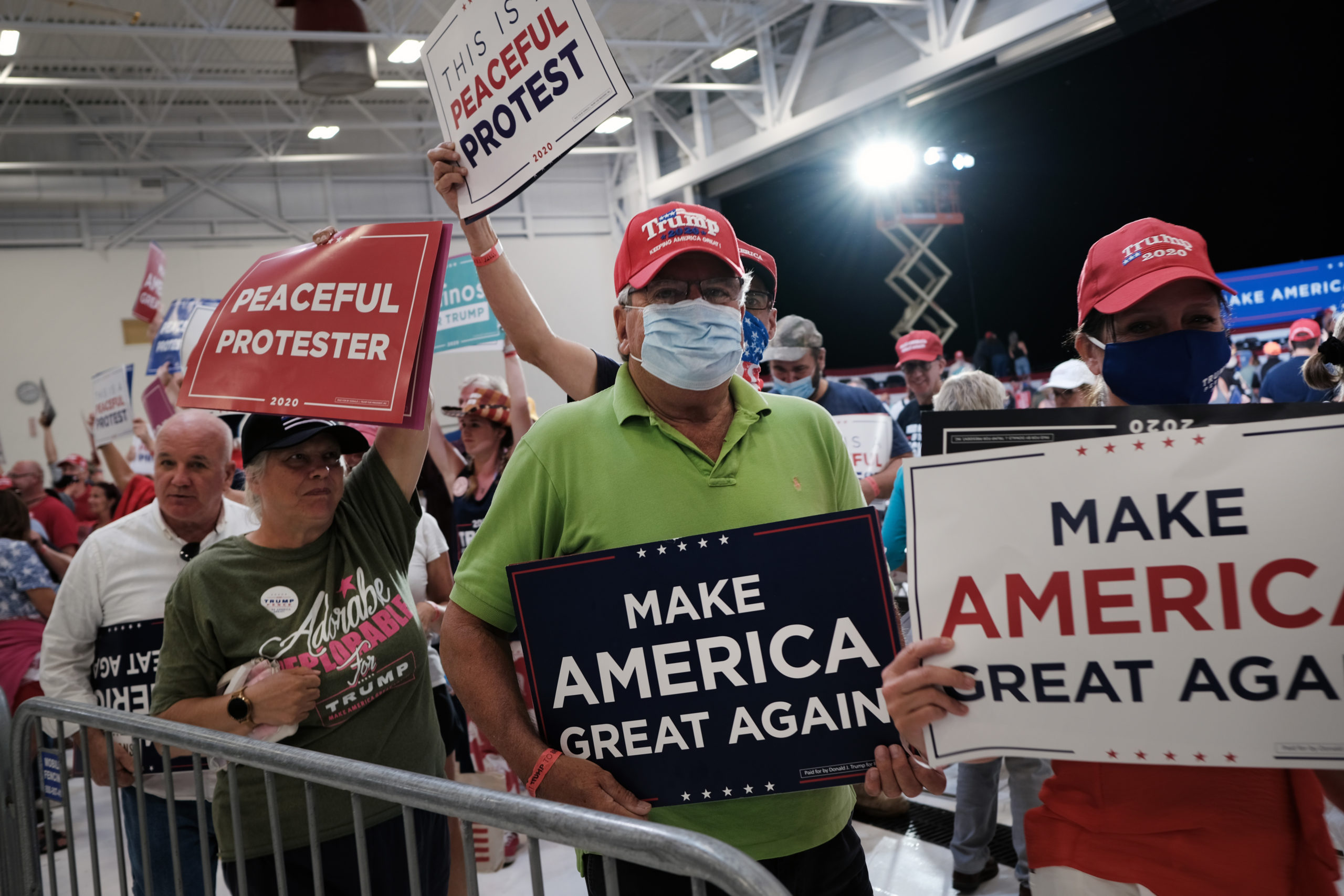 Supporters of President Donald Trump attend rally at an airport hanger a day after he formally accepted his party’s nomination at the Republican National Convention on Aug. 28, 2020 in Londonderry, New Hampshire.. (Photo by Spencer Platt/Getty Images)

The 1619 Project, sponsored by The New York Times for use in American schools, suggests that America was not even founded on a great idea but is rooted in slavery. (RELATED: Civil Rights Activist Says Pulitzer’s Award to NYT ‘1619 Project’ Reinforces A ‘Hate America First Initiative’)

During his concluding address at the 2020 Republican National Convention in August, Trump spoke about the issue. “We understand that America is not a land cloaked in darkness,” Trump told a crowd of more than 1,000. “America is the torch that enlightens the entire world.”