The Senate Judiciary Committee voted Thursday to advance Barrett’s nomination to the Senate floor for a full confirmation vote. The vote was 12-0 with zero Democrats present. Democrats on the committee boycotted the committee vote on Barrett and instead filled their seats in the committee with life-sized posters of people who could be hurt if the Affordable Care Act were to be repealed.

Democrats have continued to say that if Barrett is confirmed, she will be the one to give the deciding vote on repealing the Affordable Care Act. 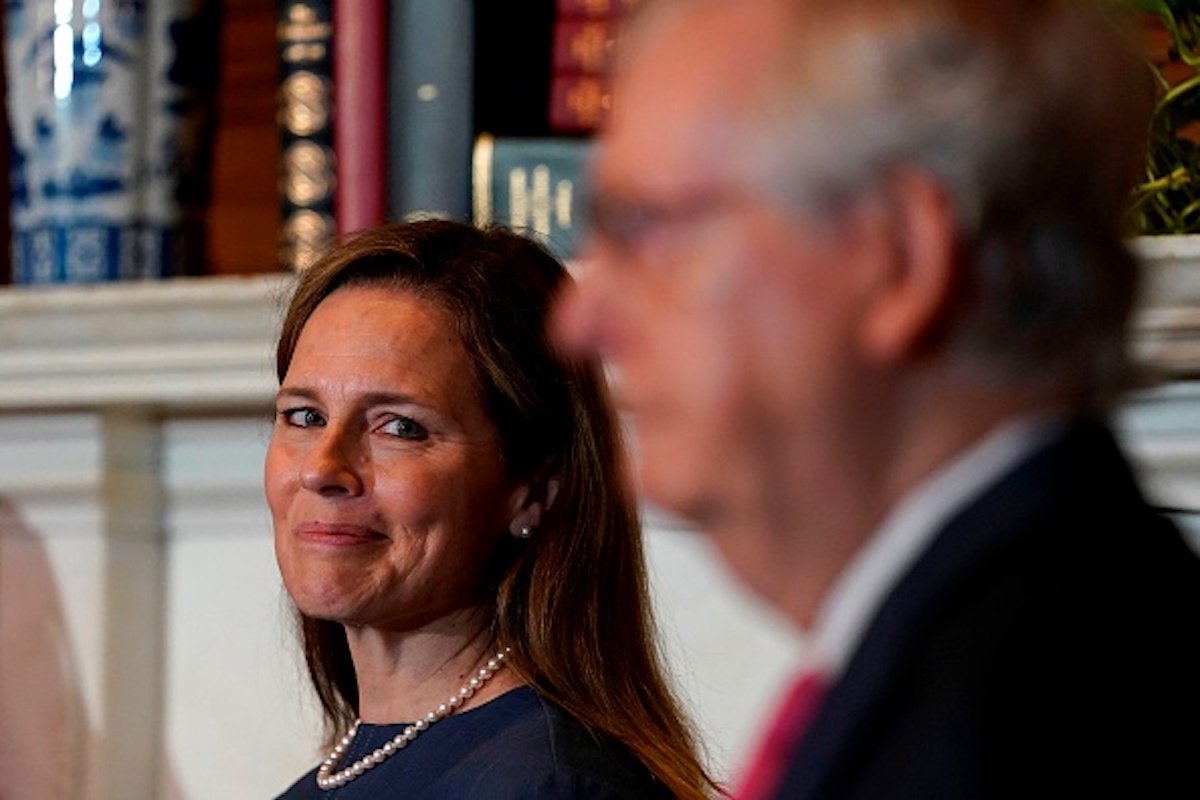 Supreme Court nominee Judge Amy Coney Barrett looks over to Senate Majority Leader Mitch McConnell of Kentucky, as they meet with on Capitol Hill in Washington,DC on September 29, 2020. (Photo by SUSAN WALSH/POOL/AFP via Getty Images)

Justice Clarence Thomas will reportedly swear in Barrett to the Supreme Court later Monday night at the White House. Barrett will be replacing the late Ruth Bader Ginsburg, who died at the age of 87 on September 18 due to complications of metastatic pancreatic cancer. (RELATED: Protesters Interrupt Chuck Schumer During Amy Coney Barrett Boycott Speech)

Barrett’s first day as a Supreme Court Justice will be Tuesday after she is sworn in at the White House.