The latest polls show former Vice President Joe Biden holding a large advantage over President Donald Trump in Wisconsin and extending his lead in Michigan with less than a week to go before Election Day. 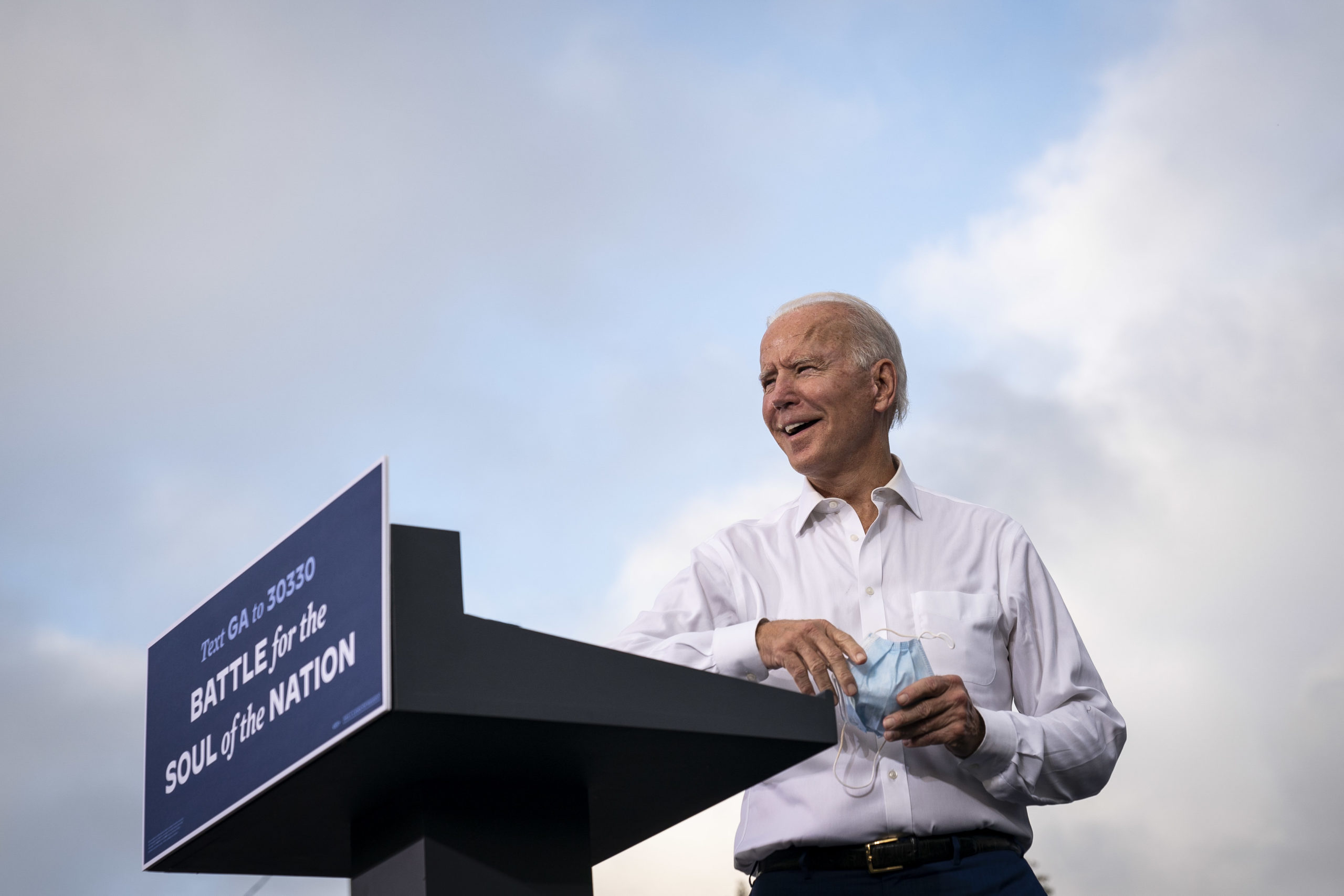 ATLANTA, GA – OCTOBER 27: Democratic presidential nominee Joe Biden speaks during a drive-in campaign rally in the parking lot of Cellairis Ampitheatre on October 27, 2020 in Atlanta, Georgia. Biden is campaigning in Georgia on Tuesday, with scheduled stops in Atlanta and Warm Springs. (Photo by Drew Angerer/Getty Images)

Biden’s lead in Michigan is smaller but still significant. WaPo/ABC showed him leading 51-44, while Ipsos/Reuters listed the split as 53-44 in favor of the former vice president.

The Real Clear Politics polling average shows Biden’s lead in Wisconsin to be 7.8 points — up more than 3 points from just a week ago — while his lead in Michigan is up just over a point across the same timeframe and currently sits at 8.7 points. Biden leads Trump nationally by 7.2 points, according to the average.

That data showed 75, 87, and 73 percent of respective early voters in Michigan, Pennsylvania, and Wisconsin supported Biden, with Trump holding advantages among voters who planned cast ballots in person on Election Day in those same states (57, 59, 57).