The 2020 Democratic presidential nominee discussed his son Wednesday at a Oprah Winfrey’s virtual voter mobilization event as he described how former President Barack Obama convinced him to run alongside him in 2008, according to the New York Post.

“I told him I didn’t want to do it,” Biden said. “This is public knowledge now. I thought I could help him more as a U.S. senator.”

Obama reportedly told Biden to go home and think about the decision after discussing with his family, Biden said. (RELATED: ‘Absolutely Disgusting’: Tony Bobulinski Says He Couldn’t Allow His Family To Be Tied To Russian Disinformation)

The former vice president said he discussed the decision with his wife, his mother, and his late son Beau Biden. He also mentioned Hunter Biden, saying, “and I had my son Hunter, who’s the smartest guy I know.”

Biden said his mother told him: “Joey, first man in history who’s able to be elected president as an African American. He says that he needs you to win Pennsylvania and other states and you told him No?’”

“I said, ‘Oh mom, what are you doing to me?’ I said yes I will, and so I picked up the phone and called Barack, because my mom, like you, wasn’t about to take no for an answer,” Biden said, according to the Post. “It was about an obligation, about what you are supposed to do.” 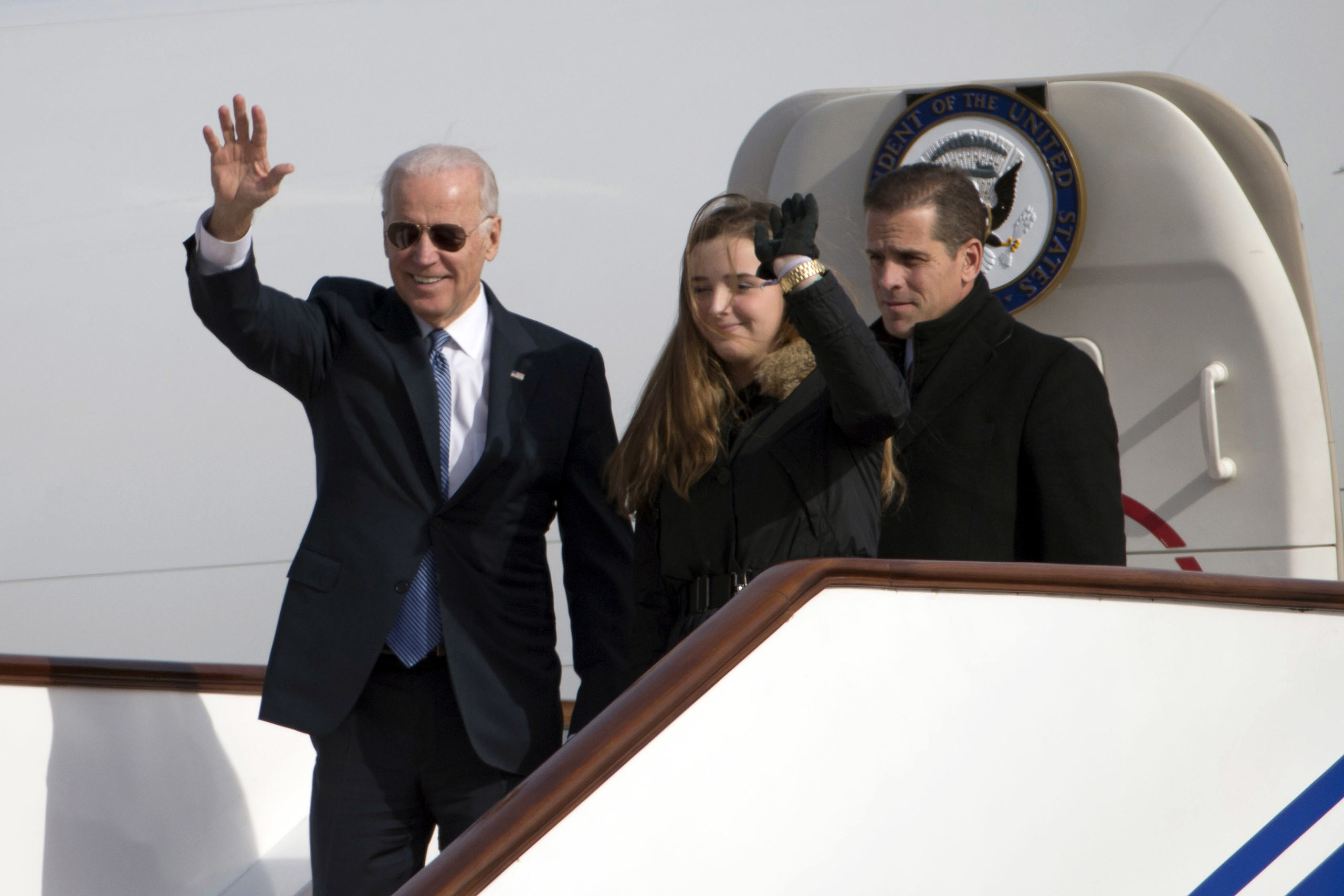 U.S. Vice President Joe Biden waves as he walks out of Air Force Two with his granddaughter Finnegan Biden and son Hunter Biden (R) on December 4, 2013 in Beijing, China. Biden is on the first leg of his week-long visit to Asia. (Ng Han Guan-Pool/Getty Images)

“I just don’t see, given the history here in the facts, how Joe can’t be influenced in some manner based on the history that they have,” Bobulinski said. “So as a citizen and an American taxpayer, I’m very, very concerned.”

“They were putting their entire family legacy on the line,” he told Carlson. “They knew exactly what they were doing. They were dealing with a Chinese owned enterprise … that had strong financial support and political support from the Chinese Communist Party. That’s how it was presented to me. That’s not my own words. That’s how they presented it to me and read me in on it.”