Republican Georgia Rep. Drew Ferguson announced Friday that he tested positive for coronavirus and said he will be self-quarantining and working from home.

In a statement, Ferguson said he was tested after experiencing mild symptoms and that he will be self-quarantining and continuing to work from home until he recovers and tests negative. Ferguson added that he has contacted those he has been close with and the Attending Physician in Congress.

“Last night I began feeling mild symptoms consistent with a cold, with no fever. This morning when I began running a slight fever, I immediately took a COVID test which has come back positive. Following the advice of my physician, I will be self-quarantining and working from home,” he tweeted. 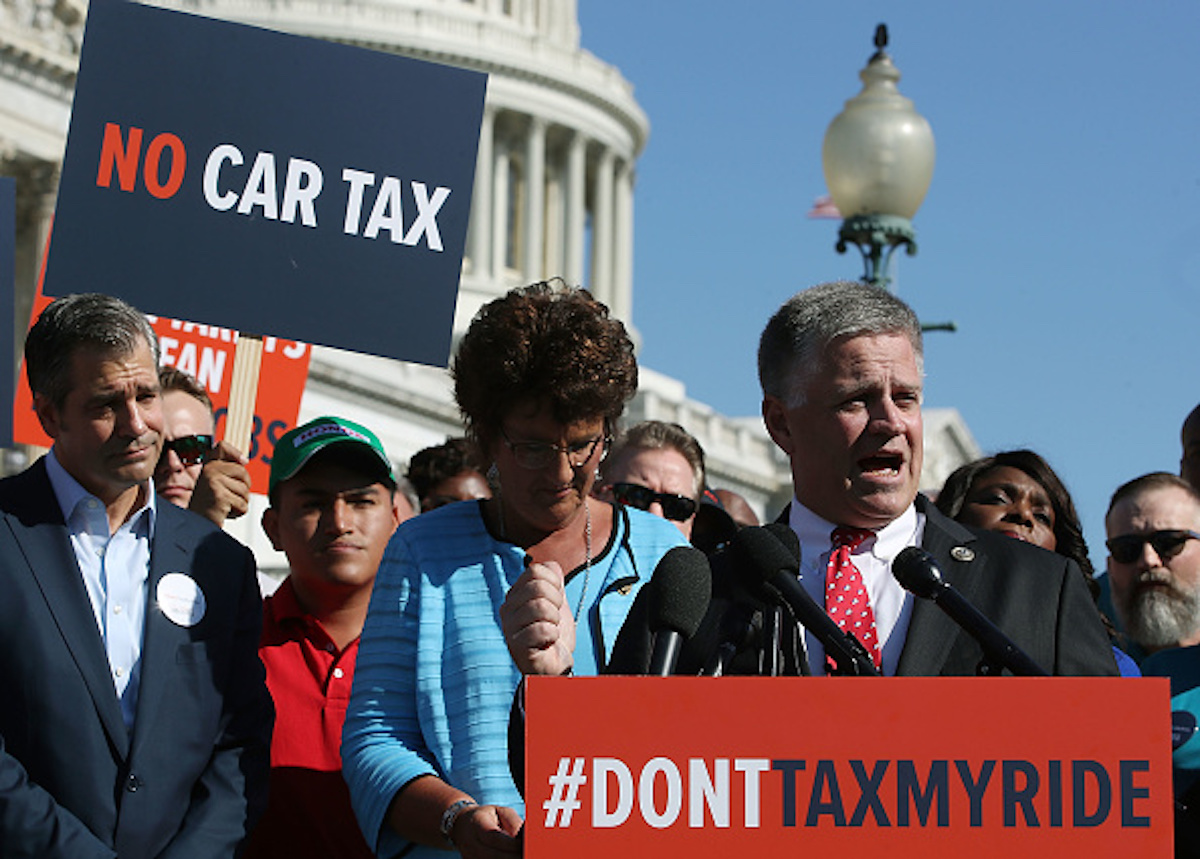 Rep. Drew Ferguson (R-GA), speaks about U.S. President Donald Trump’s proposed tariffs on auto imports and the impact on auto makers and their surrounding communities, during a news conference on Capitol Hill, on July 19, 2018 in Washington, DC. (Photo by Mark Wilson/Getty Images)

“I have also notified the Office of the Attending Physician in Congress and asked for their guidance. While the vast majority of my recent schedule has been virtual, we are beginning the process of reaching out to anyone I have seen in recent days. I am eager to get back to work and will do so as soon as I have fully recovered,” Ferguson continued.

Ferguson was at a rally Tuesday with Republican Georgia Gov. Brian Kemp and his wife, who both say they are quarantining until they receive negative test results. Ferguson joins a list of 20 other members of Congress who have tested positive for coronavirus, according to The Hill. Republican North Carolina Sen. Thom Tillis was the last member to test positive in early October. (RELATED: Sen. Thom Tillis Tests Positive For Coronavirus)

The number of daily deaths has risen by 10% in the past 2 weeks across the U.S. and new daily cases are rising in 47 states, according to the Associated Press.