Melania Trump is hitting the campaign trail this weekend with solo stops in Pennsylvania and Wisconsin for President Donald Trump’s reelection efforts. 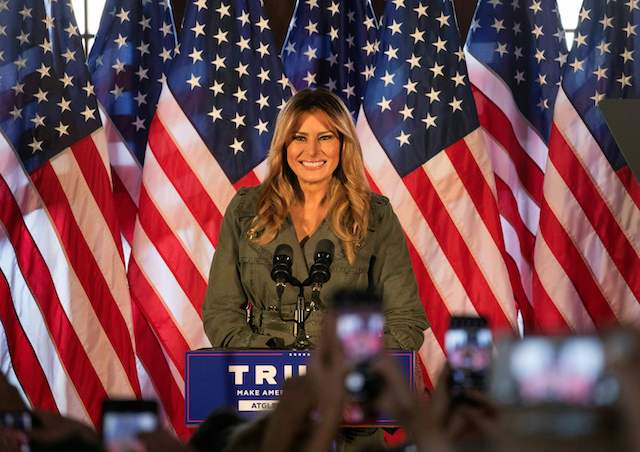 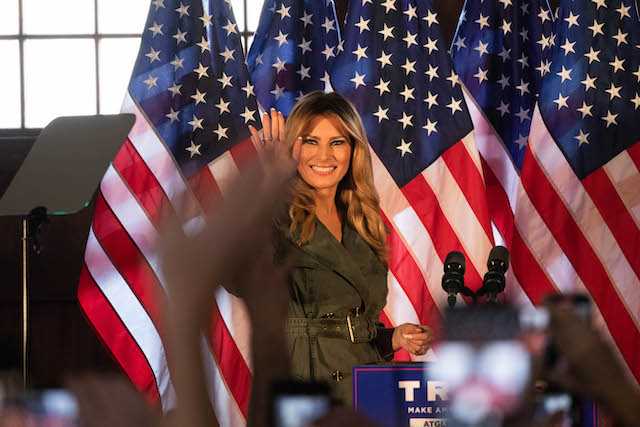 “First Lady Melania Trump is a tireless advocate for children, an inspiration to women everywhere and an incredible advocate for the President’s successes for all Americans,” Hogan Gidley, Trump 2020 National Press Secretary shared. “With upcoming campaign visits to Wisconsin and Pennsylvania, the entire Trump 2020 Campaign is excited for the First Lady to speak directly to the American people and share her unique insight on the Trump Administration’s four years of success.”

These stops come on the heels of FLOTUS‘s first solo campaign stop of the year earlier this week for the president in Atglen, PA, where she spoke to supporters about what she thought were the president’s accomplishments. (RELATED: Celebrate Ivanka Trump’s Birthday With Her Greatest Looks [SLIDESHOW])

At one point, Melania had an exchange with one lady in the audience who called out that she thought the president was “handsome.”

“Before my husband decided to run for president, the media loved him because they saw the man that I see every day— someone tough, successful, and fair,” the first lady shared, before a woman in the audience yelled out, “and handsome.”

FLOTUS smiled and replied, “I agree.”

Melania later surprised supporters at the Republican Committee of Lancaster County with pizza and soda where she thanked them for their support and hard work, per a first lady pool report.

On Thursday, FLOTUS joined POTUS at a campaign stop in Tampa, Florida, that was held at Raymond James Stadium’s parking lot.