There is a chance America will not know who won the presidential election Tuesday night due to unprecedented turnout and an increased reliance on mail-in voting because of the coronavirus pandemic.

Additionally, since more Democrats have voted via absentee ballots and more Republicans have voted in-person, data show, the partial election night results in key battleground states may differ from the results when every legal ballot is tallied.

Even though an official winner may not be announced, however, some battleground states like Florida and Ohio tend to report their results fairly quickly and can thus give Americans an idea of where the race may be headed as a result.

Below is a look at several states that may decide the election, when their initial results will be reported, and what they may mean for President Donald Trump, Democratic nominee Joe Biden and their respective paths to 270 electoral votes.

Of the midwestern battleground states, Ohio is likely to report most of its results the fastest. Polls close in the state at 7:30 p.m., and counties are required to report all the ballots cast in the state by Election Day (both absentee and in-person) at 8 p.m.

Trump won the state by over eight points in 2016, but polls show the race in the state essentially tied. Ohio will also count all absentee ballots that arrive by Nov. 13, and counties will not release those results until the day after at the earliest, meaning that if initial results are close, then the state may not be called.

Even if it looks like Trump will win the state, his margin can provide an idea of how he will fare in other midwestern states including Wisconsin, Michigan and Pennsylvania, all of which Trump won four years ago. Ohio leans more conservative than those three, meaning that a narrow win against Biden in Ohio may not bode well for Trump, forecasts show.

Trump won Wisconsin, Michigan and Pennsylvania by a total of 77,000 votes in 2016, winning each state by less than one point.

Though Biden leads by over eight points in Wisconsin and Michigan, official results from either state are not expected on election night. In Michigan, poll workers were only allowed to begin tabulating early ballots Monday, while in Wisconsin they cannot do so until Election Day. (RELATED: Michigan SoS Says Results May Not Be Available Nov 3)

Official results should be released in Michigan by Nov. 6, while Wisconsin officials have said they hope to know the state’s results by Wednesday morning, state officials say. 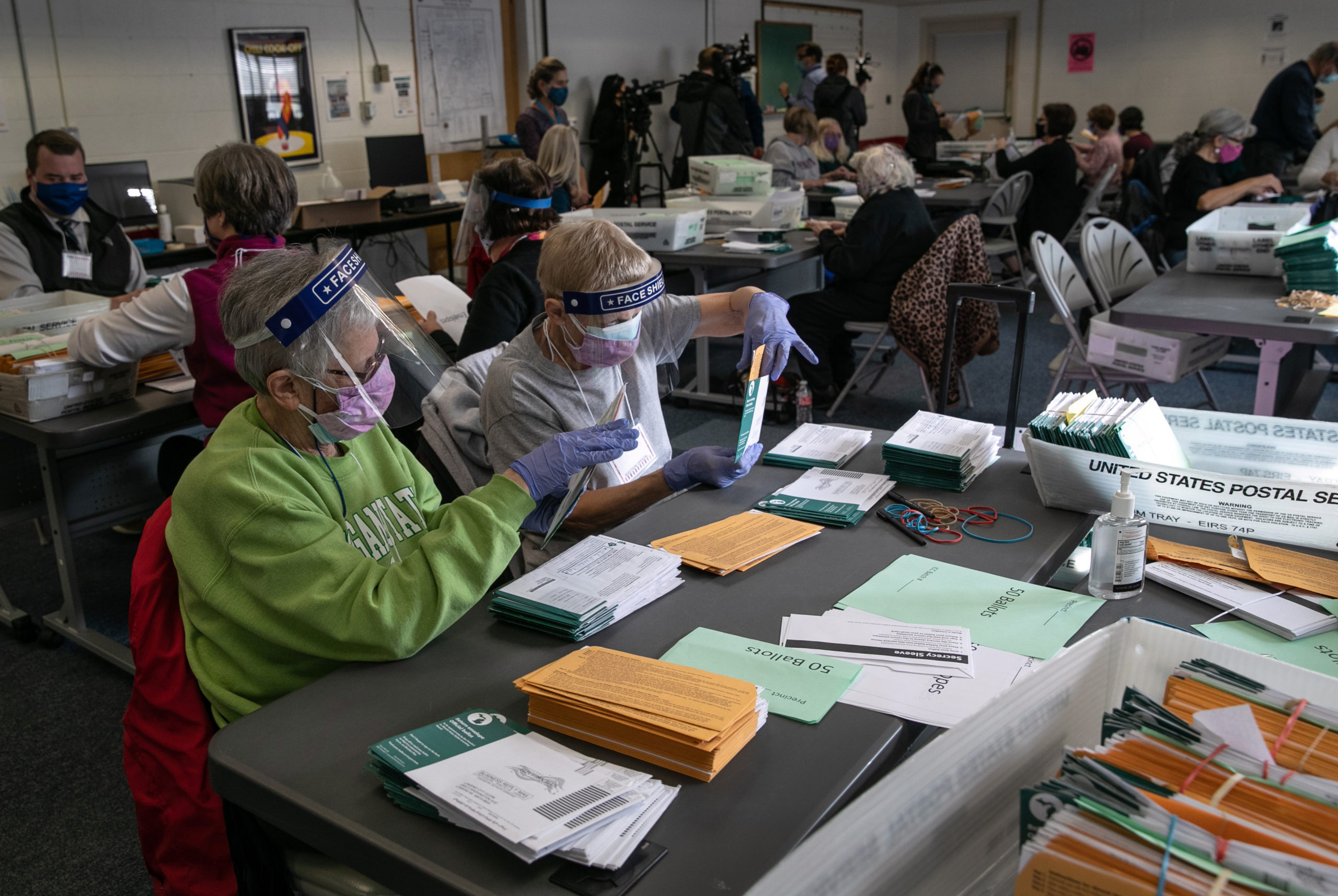 As a result of the extra time it takes to count absentee ballots, both states may show Trump leading on election night. But since Democratic voters have cast absentee ballots at higher rates than Republicans, results will likely trend towards Democrats in days following Election Day.

In Pennsylvania, which some forecasts predict will be the tipping point state this election, Biden leads Trump by just under five points. (RELATED: Here’s What Happens If Trump And Biden Tie)

But there is little chance results will be available on election night. Over half of the state’s voters casted absentee ballots, which officials are not allowed to begin tabulating until Election Day, meaning that some large counties will be counting ballots throughout the week, according to Pennsylvania election officials.

Election officials said that they may not tally all the ballots until Friday, Nov. 6, meaning that if the race is close, Americans may not know whether Trump or Biden won the state until then as well. 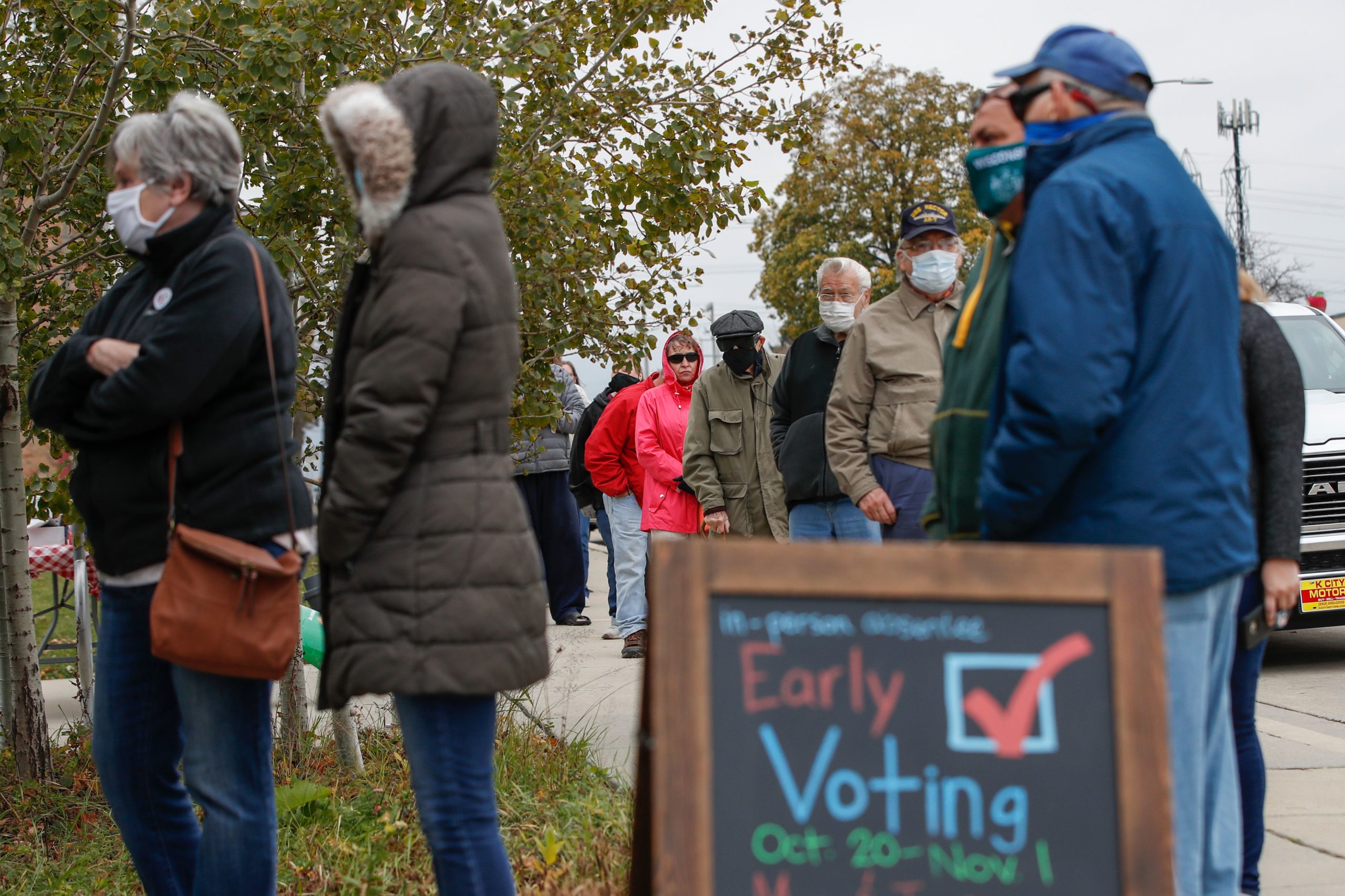 People wait in line to cast their ballots outside Tippecanoe Library on the first day of in-person early voting for the November 3, 2020 elections in Milwaukee, Wisconsin, on October 20, 2020. (KAMIL KRZACZYNSKI/AFP via Getty Images)

With its 29 electoral votes, the Sunshine State is a major battleground. Biden holds a narrow lead over Trump in Florida, but both campaigns have invested heavily there, and some forecasts still predict that the president will emerge victorious.

Even if the race remains neck-and-neck, the state has experience with processing large amounts of mail-in ballots, and Americans may know the winner of the state on election night. However, there is no official deadline, and some larger counties may elect to take slightly more time, according to the Tampa Bay Times, so results may not be finalized until Wednesday.

If absentee ballots are counted into Wednesday, expect a possible shift towards Biden since Democrats have voted by mail at slightly higher rates than Republicans across the state, the Florida outlet reported. (RELATED: Mail-In Ballots May Change The Results After Election Night. Here’s Why)

If Trump does not overcome his eight-point deficits in Michigan and Wisconsin, he must hold Arizona, North Carolina and Georgia to win reelection.

Though Biden holds a 2.6, 1.9 and one point lead in each state, respectively, the polls are often within their margins of error, meaning that Trump is not out of contention.

In Arizona, most votes will likely be counted on election night since the state began processing its early votes this past weekend, meaning that same-night results are possible, state election officials say.

Late-arriving absentee ballots may not be reported until later this week, however, so if the race remains close, the winner may not be officially announced until then, as well, according to the Phoenix New Times.

Initial results in North Carolina should be reported quickly as well.

Karen Brinson, the director of North Carolina’s Board of Elections, said that 80% of the results may be reported right after polls close on election night due to voters’ reliance on absentee ballots and early voting. Results from votes cast on Election Day may take slightly longer, she added.

Additionally, the state allows absentee ballots received by Nov. 12 to be counted, so the winner of the state may not be decided if the race remains close, according to North Carolina outlet WRAL. 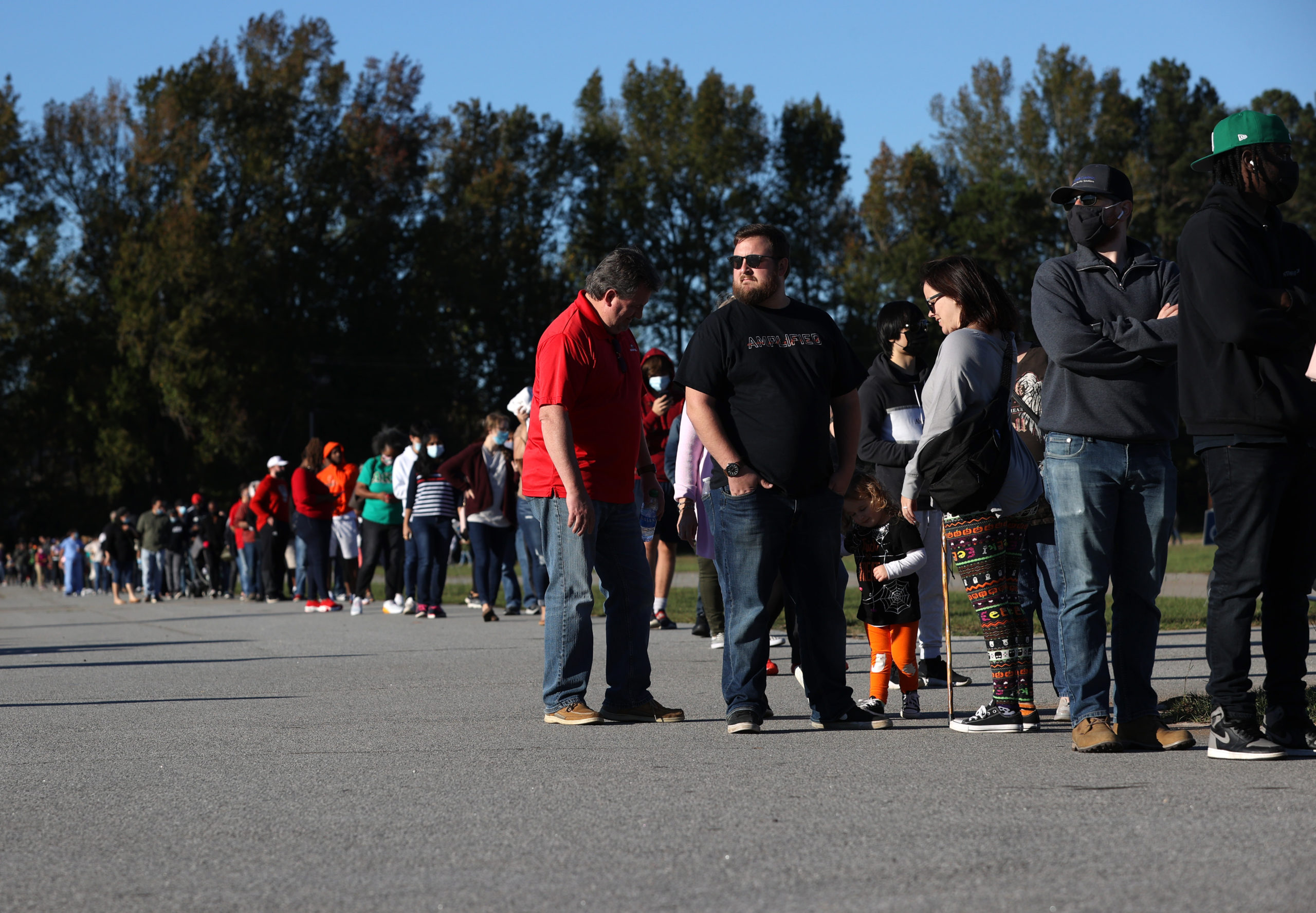 People line up to vote at the Gwinnett County Fairgrounds on October 30, 2020 in Lawrenceville, Georgia. (Justin Sullivan/Getty Images)

Officials in Georgia think the state will also report results relatively quickly since the state started tabulating absentee ballots on Oct. 19 and since only ballots arriving from overseas can be tabulated after Election Day.

“For races that aren’t too close, we’ll have those results on election night,” Georgia Secretary of State Brad Raffensperger told WSB-TV, adding that close races should be officially called by “Wednesday or Thursday at the latest.”