The Sri Lankan navy said villagers defied the COVID-19 curfew in the country to rescue more than 100 whales that became stranded on a beach on the southwest coast, Reuters reported.

An estimated 100-120 pilot whales began to surface Monday near the city of Panadura, and authorities were called to help get the mammals back into the ocean, according to Reuters.

Locals soon joined the Sri Lankan navy and coast guard to help in the rescue effort working into through the night to try and save as many whales as possible, despite a  widened curfew implemented in early October in the suburbs of the capital, Colombo, to curb back the spread of the novel coronavirus. (RELATED: France To Issue Curfews In Paris, 8 Other Cities As Coronavirus Surges) 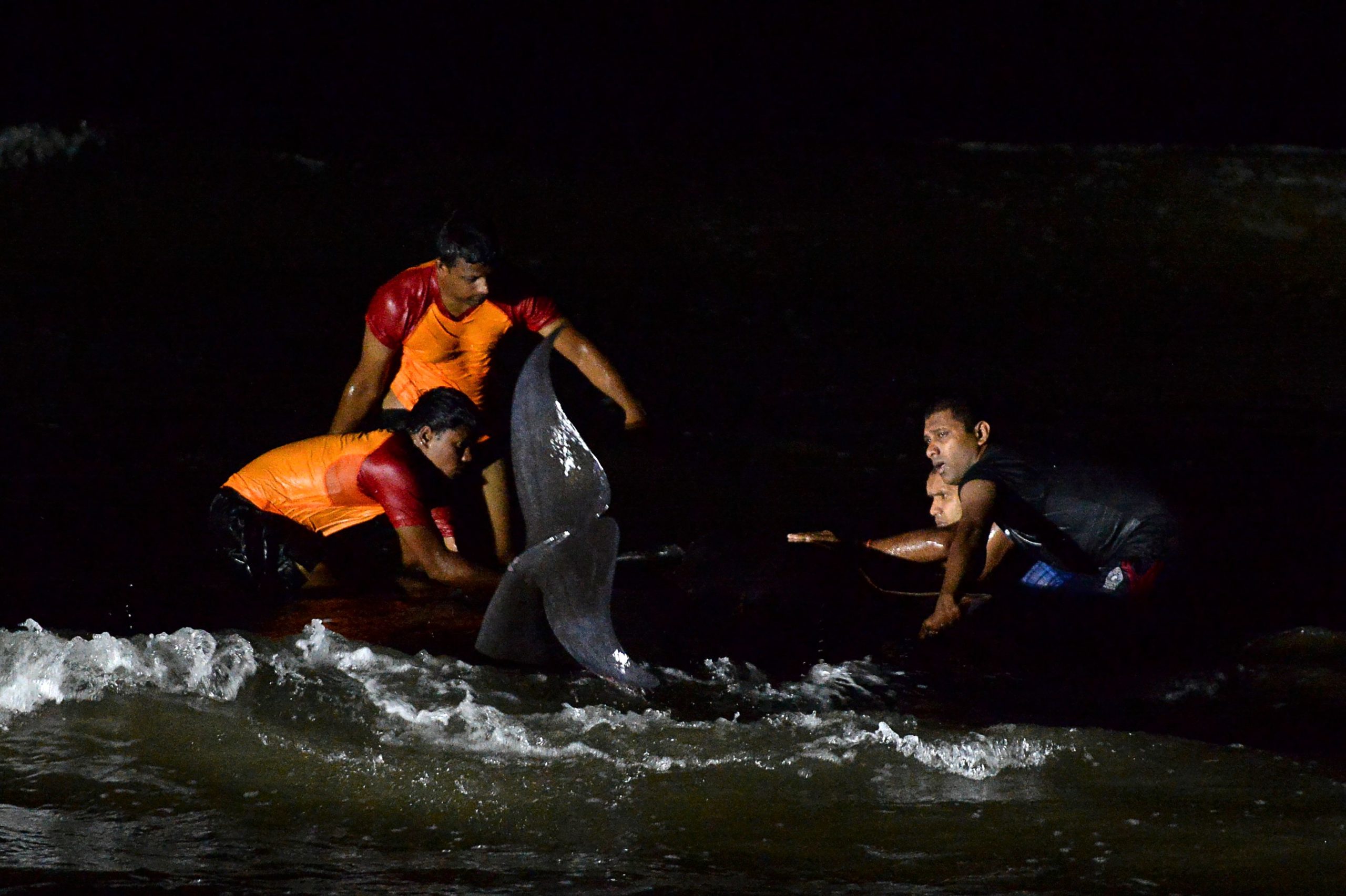 “On the request of Commander of the Navy, Vice Admiral Nishantha Ulugetenne, Jet skis provided by a local water sports club were utilized to pull the whales back into the ocean throughout the day and night,” the Sri Lanka Navy statement said, according to CNN.

Four whales died during the rescue mission, according to Ulugetenne.

The cause of whales getting stranded in shallow water remains a mystery to scientists. (RELATED: Whale Sculpture In The Netherlands Catches Train From Running Off Of Tracks, Plummeting Into Water)

“It is very unusual for such a large number to reach our shores,” MEPA chief Dharshani Lahandapura told AFP, according to CNN.

However, in this case, the navy hypothesized that the whales might have followed one whale off course and become stranded.

In September, 500 whales were beached in Tasmania, Australia, in its biggest stranding on record and one of the largest in the world. Nearly a third of the whales died during rescue efforts.