The flights were suspended in March of 2019 after accident investigators found that the automated flight-control system, MCAS, caused the 2018 Indonesia Lion Air crash and the Ethiopian Airlines crash in 2019. 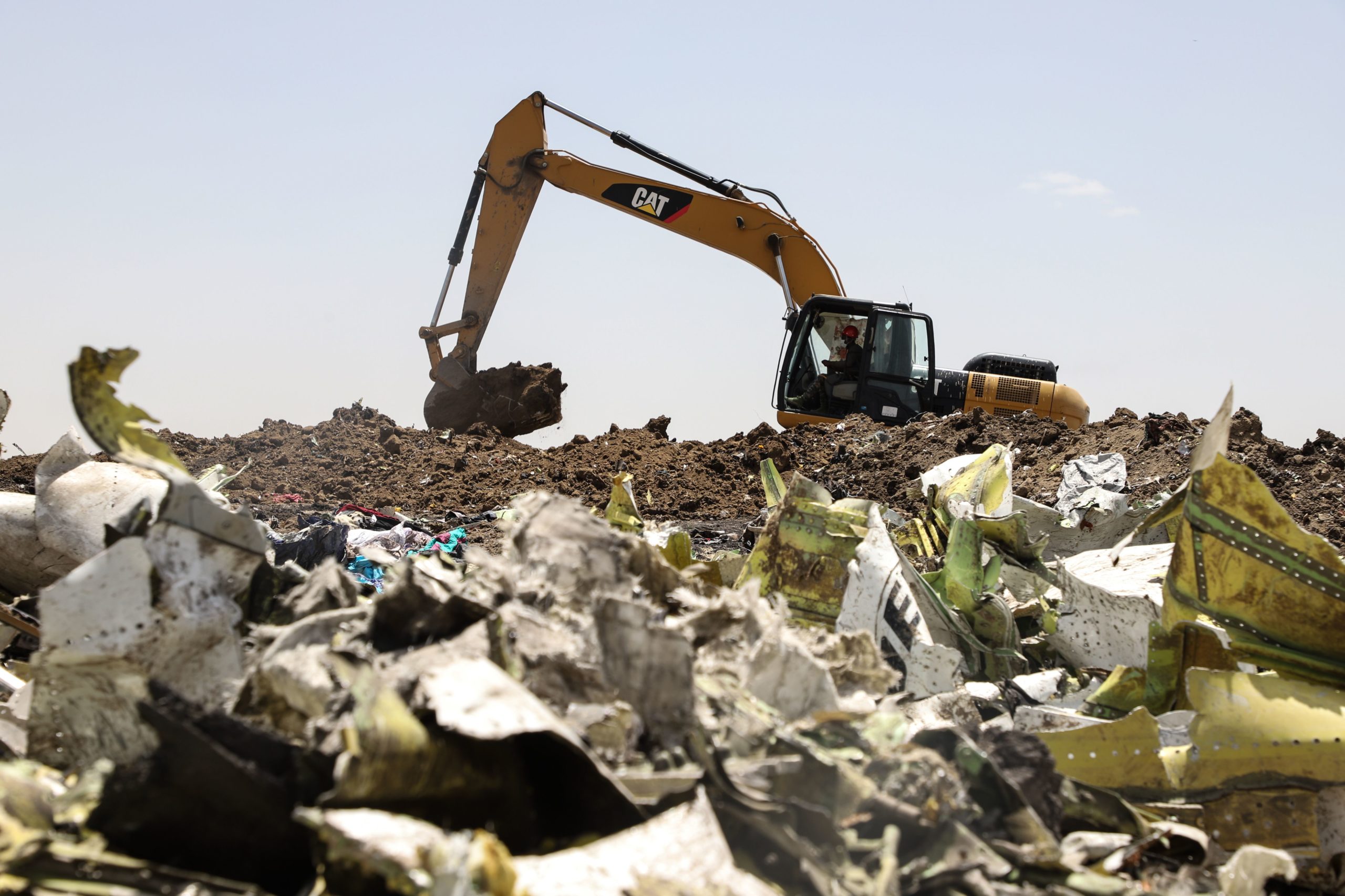 A power shovel digs at the crash site of Ethiopia Airlines near Bishoftu, a town some 60 kilometres southeast of Addis Ababa, Ethiopia, on March 11, 2019. – Airlines in Ethiopia, China and Indonesia grounded Boeing 737 MAX 8 jets Monday as investigators recovered the black boxes from a brand-new passenger jet that crashed outside Addis Ababa a day earlier, killing all 157 people on board. (Photo by Michael TEWELDE / AFP)

However, the jets won’t be expected to take flight anytime soon. Boeing still needs to complete technical and logistical tasks to bring the jets up to par after being grounded for nearly 2 years. Maintenance work and operational test flights are up to individual carriers, and the U.S. and European air-safety officials have warned airlines of possible hazards of fuel contamination and sensors obstructed by debris due to their inactivity, according to The Wall Street Journal (WSJ). (RELATED: Boeing Cuts Thousands Of Jobs, Prepares For Air Travel Slow Down Amidst Coronavirus Surge)

Pilots also have to go through new training which includes a near two-hour session in flight simulators that replicates the accident scenarios. The jets aren’t expected to be in use in the U.S. until 2021 as they will be phased in, according to the WSJ.

After an 18-month investigation, the House Committee on Transportation and Infrastructure blamed the two MAX crashes on “a horrific culmination of a series of faulty technical assumptions” and “grossly insufficient oversight by the FAA.”

The report indicated that Boeing and the FAA did not ensure the planes were safe, noting that the MCAS software was designed to push the airplane’s nose down in certain conditions. Boeing incorrectly expected pilots to handle any potential malfunctions. However, MCAS was activated by faulty sensors in both crashes, sending the flights into deadly nosedives.

The report also alleged Boeing concealed from the FAA that during simulated flights, it took Boeing test pilots more than 10 seconds to respond to MCAS activation, which was described as “catastrophic.”