President-elect Joe Biden’s transition website does not disclose that his secretary of state pick, Tony Blinken, co-founded a corporate consulting firm in 2018 that he allegedly used to cash in on his experience working in the Obama administration.

Blinken co-founded WestExec Advisors in 2018 following his service as Biden’s national security advisor from 2009 through 2013 and former President Barack Obama’s deputy national security advisor and deputy secretary of state from 2013 through 2017. WestExec’s co-founder Michèle Flournoy told The Intercept in 2018 the firm was staffed with “people recently coming out of government” who can help corporations “figure out how to sell in the public sector space, to navigate [the Department of Defense], the intel community, law enforcement.”

Blinken’s biography on Biden’s transition website does not mention his involvement with WestExec, nor does it mention Blinken’s work with the private equity firm Pine Island Capital Partners, which was also founded in 2018. (RELATED: Joe Biden Has Picked Tony Blinken For Secretary Of State)

Blinken’s role as a partner with Pine Island was to capitalize on his “influential networks” and work in tandem with the firm’s investment professionals to “source deals, conduct analyses, win bids, close transactions, and directly advise the companies” it invests in, according to the company’s website.

In August, the progressive wing of the Democratic Party urged Biden to cut ties with Blinken.

“We ask you not to rely on foreign policy advice from those who may have a conflict of interest as a result of their relationships and lobbying on behalf of merchants selling weapons and surveillance technology,” said a letter signed by more than 275 delegates to the Democratic National Convention, according to HuffPost. The letter specifically mentioned Blinken and his work with WestExec.

The Biden transition team did not immediately return a request for comment. 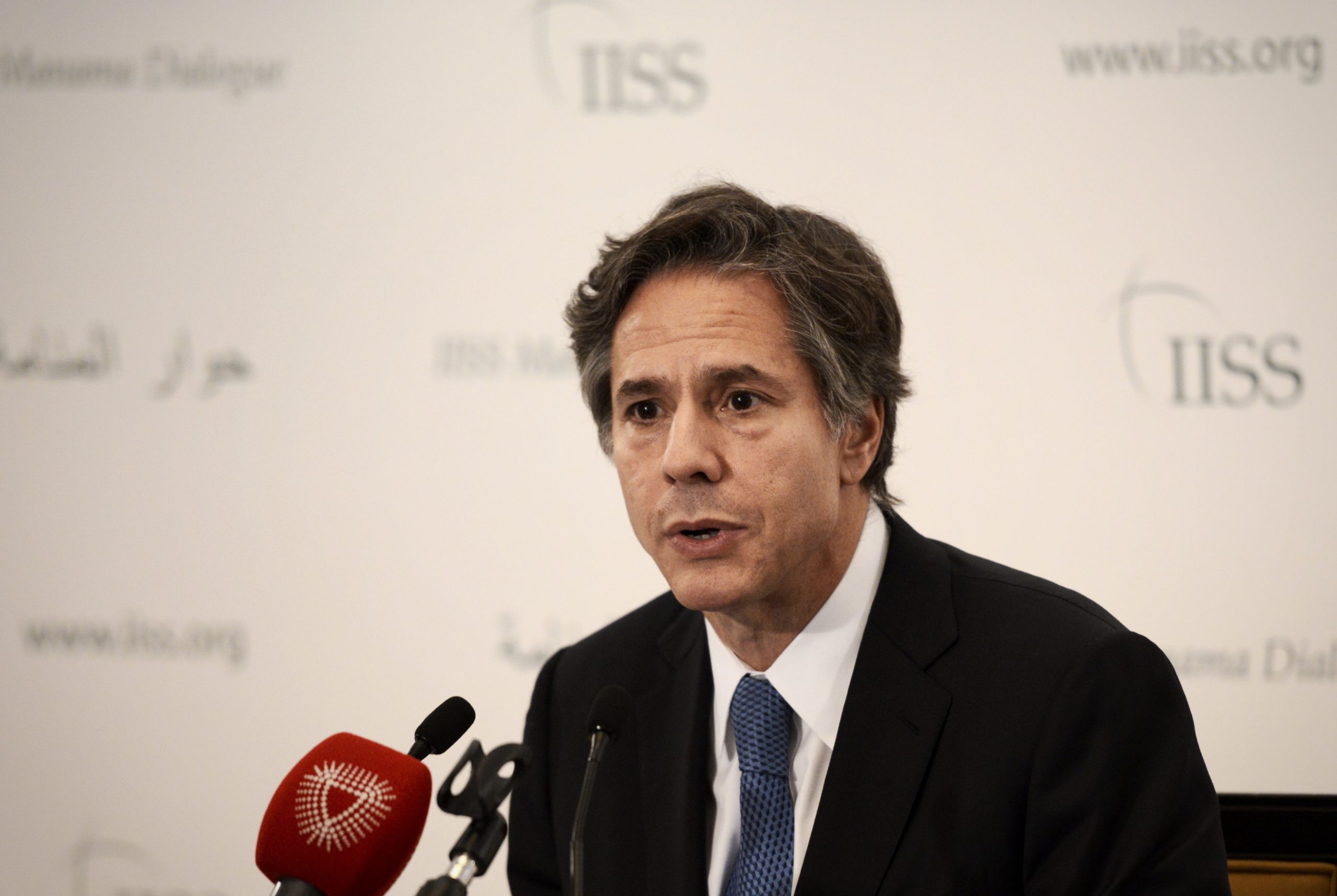 US Deputy Secretary of State Tony Blinken, speaks to the press during the 11th Manama Dialogue Regional Security Summit organized by the International Institute for Strategic Studies in the Bahraini capital, Manama, on October 31, 2015. (MOHAMMED AL-SHAIKH/AFP via Getty Images)

WestExec’s website states its name is derived from the closed street that runs between the West Wing of the White House and the Eisenhower Executive Office Building. The firm tells prospective clients they will be able to harness the “expertise and insight” that its practitioners gained from their work in the White House to help guide their business decision-making process.

“What really makes us different is that all of us have been at the front lines of working at the highest levels of government so what we try to do is bring that experience and some of the methodologies that we’ve used in the situation room to the board room,” Flournoy said in 2018 after the firm’s launch.

WestExec does not publicly disclose its clients, but the progressive magazine The American Prospect reported that the firm has consulted for the Google-affiliated think tank Jigsaw and a philanthropy run by Google founder Eric Schmidt.

The firm has also acknowledged doing work in China. WestExec boasts on its website helping a “leading American pharmaceutical company” and a multi-billion dollar American technology firm expand their market access in China by identifying and facilitating American and Chinese stakeholders to engage as part of a targeted communications strategy.

The Prospect also reported that WestExec built a clause into the lease for their Washington D.C. office situated near the White House that allows the lease to be terminated without penalties if Blinken or the firm’s other principals secured jobs in a Democratic administration in 2021.

Blinken was placed on a leave of absence from WestExec and Pine Island around August, according to the Prospect.

The executive director of the government watchdog group Project on Government Oversight, Danielle Brian, told The New York Times that corporate consultants like Blinken are “exactly the kind of people who should not be in an administration.”

“Those kinds of consulting shops take advantage of weaknesses in current laws, so there is no transparency in their clients and how they are trying to influence public policy for them,” Brian said.