Forty-nine people were gunned down, 5 fatally, from Friday to Sunday in another bloody Chicago weekend that included a mass shooting.

A total of six victims, two men and four women, were shot while standing on a sidewalk in one incident, according to CBS Chicago. A witness of the violence told the local outlet he “had to hide because it sounded like it was so close that it was going to bust through my window.”

Additionally, two 16-year-old boys and three 17-year-old males were hit by gunfire — all in separate incidents — throughout the three-day period, according to CBS Chicago. 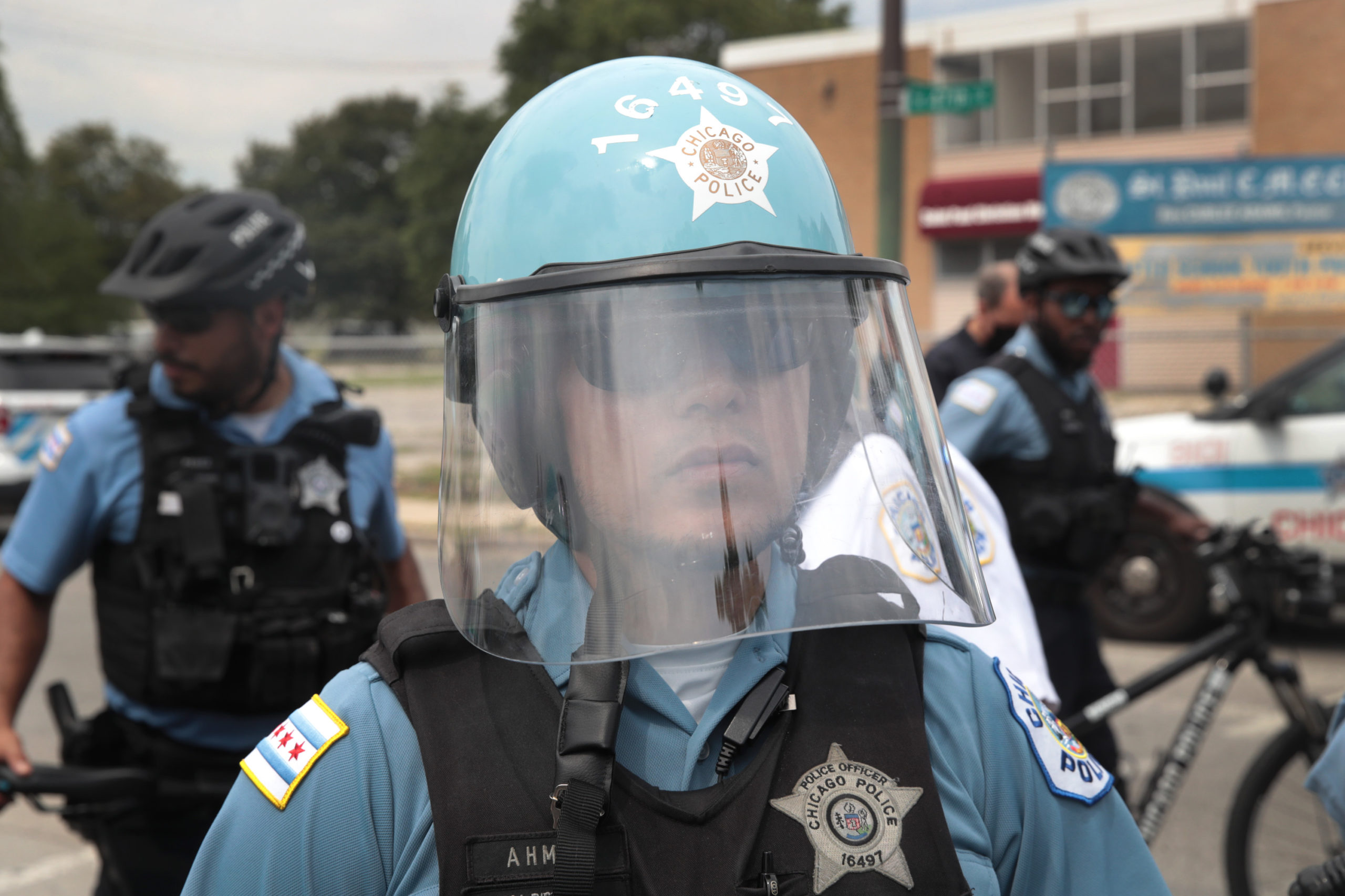 Police block a street to prevent demonstrators, protesting police brutality, from marching toward the freeway on August 15, 2020 in Chicago, Illinois (Photo by Scott Olson/Getty Images).

A 28-year-old man died after he was shot in both his body and arm and three others were wounded in a quadruple Sunday gunfire incident, the local outlet reported. Another man, whose age was not provided, died after being shot in his chest on Friday, according to CBS Chicago. (RELATED: 20 Shot, 1 Dead In Bloody Chicago Weekend Where Children Were Hit By Gunfire)

A woman, 35, also died on Friday after she was shot in the head inside her car on Chicago’s Southside, the local outlet reported. A 32-year-old man was killed while sitting inside his vehicle on Saturday and his co-passenger, 34, is in critical condition at a local hospital, according to CBS Chicago.

The final homicide victim, a 30-year-old man, was shot at least four times in the chest, back and arms, the local outlet reported.