A total of 43 people were shot, six fatally, in Chicago over the weekend, according to the Chicago Sun-Times.

Among those shot, four teenage boys aged 15 to 17 were hit in separate incidents, Chicago Sun-Times reported.

A 20-year-old man was found dead with a gunshot wound to his face inside the driver’s seat of a car that hit a tree, according to the Sun-Times. A 24-year-old male was pronounced dead at a local hospital after being shot in the back.

Another 24-year-old, a woman, was struck in the shoulder, the Sun-Times reported, and a 25-year-old man was fatally shot gunned down in a vacant lot. 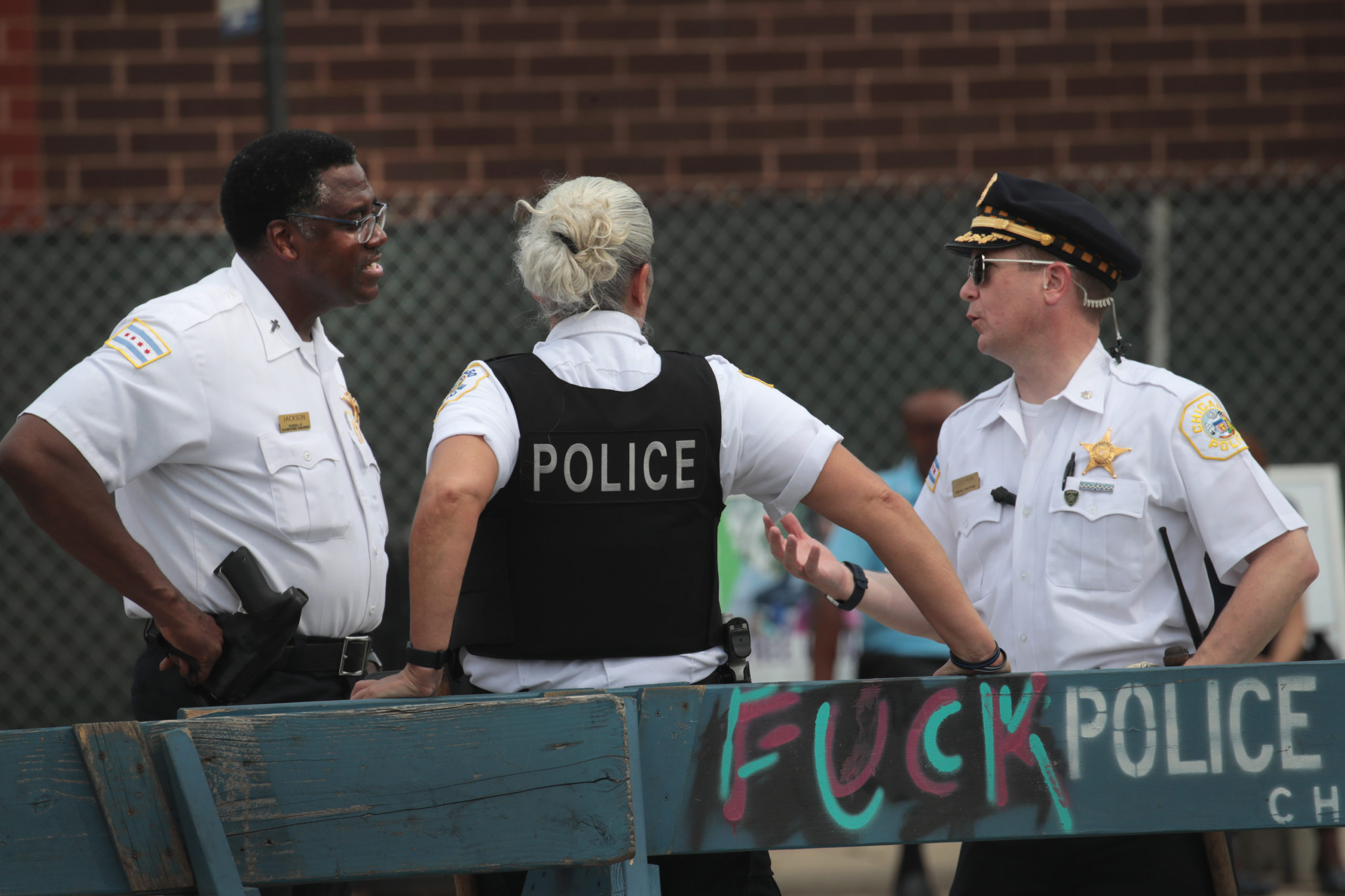 Police stand guard at a “back the blue” rally near the Homan Square police station on August 15, 2020 in Chicago, Illinois (Scott Olson/Getty Images).

Another male was killed after he was riddled with bullets while sitting inside his car, according to the Sun-Times. Two more men were shot to death in dual incidents less than two hours apart during the weekend, the local outlet reported. (RELATED: ‘Senseless’: 51 Shot, 10 Dead In Bloody Chicago Labor Day Weekend, Child Among The Dead)