President Donald Trump stated on Thursday that he plans to hold a rally in Georgia in support of Republican Sens. Kelly Loeffler and David Perdue on Saturday, December 5.

Trump committed to traveling to the Peach State following a Thanksgiving teleconference at the White House with U.S. military members overseas. It was his first time answering questions from reporters since Election Day, and he claimed people in Georgia are “very disappointed we were robbed” and that he is “very worried” that the Senate runoff will similarly be illegitimate. 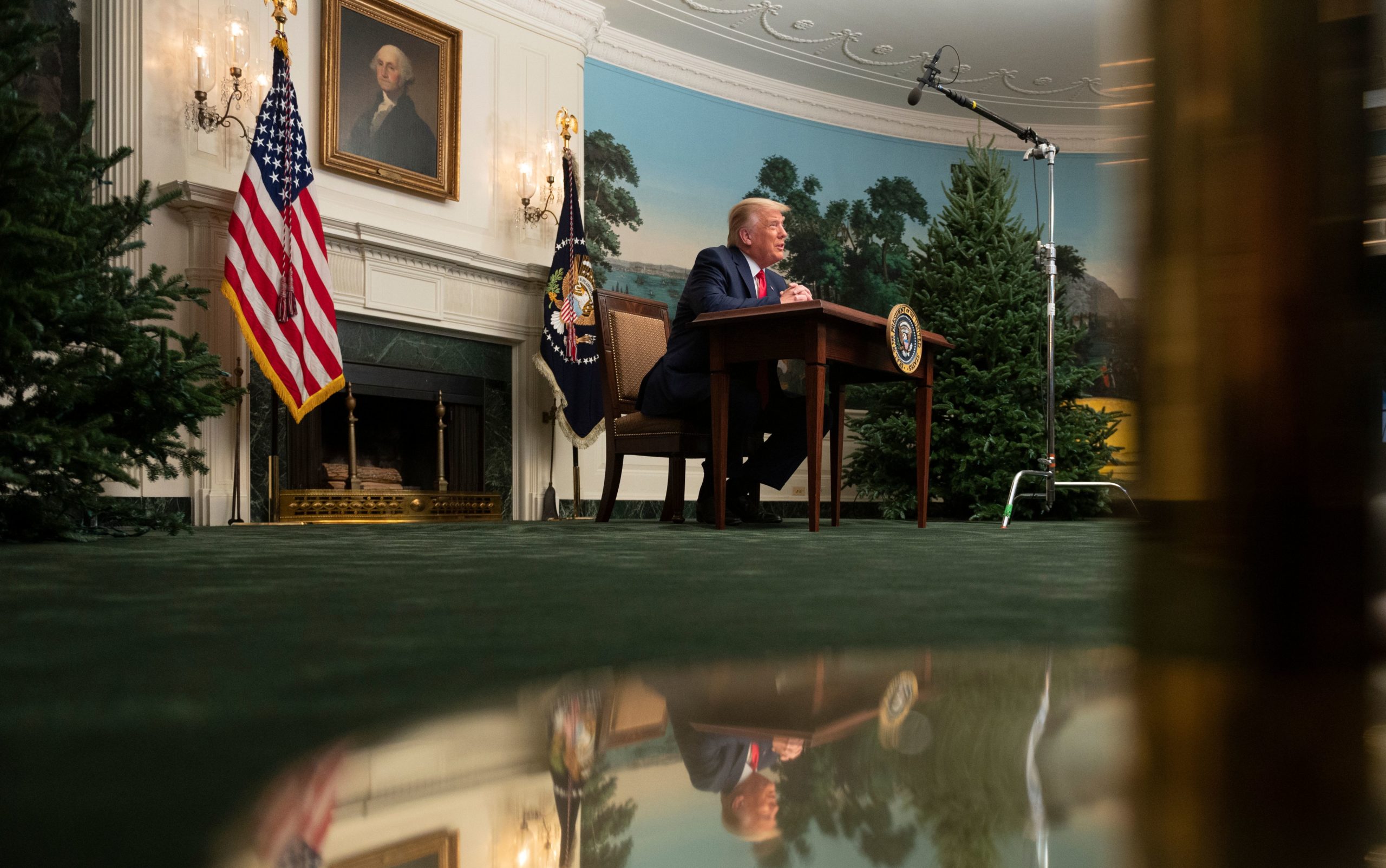 US President Donald Trump speaks to reporters after participating in a Thanksgiving teleconference with members of the United States Military, at the White House in Washington, DC, on November 26, 2020. (Photo by ANDREW CABALLERO-REYNOLDS/AFP via Getty Images)

“You have a fraudulent system,” he continued. “I think it’s very dangerous.” (RELATED: All The 2024 GOP Presidential Hopefuls Are Campaigning Down In Georgia’s Runoffs — With One Notable Exception)

During the pool spray, the president signaled that he may never formally concede the election to President-elect Joe Biden but did state that he will “certainly” take part in a peaceful transfer of power if the Electoral College backs Biden.

Georgia’s Senate runoff elections are scheduled to take place on Jan. 5. Incumbents Loeffler and Perdue are squaring off against Rev. Raphael Warnock and Jon Ossoff respectively.

A swathe of potential 2024 Republican presidential candidates have spent the weeks since the 2020 election campaigning in the state.

A spokesman for Donald Trump Jr. — widely recognized as having political aspirations of his own — told the Daily Caller in mid-November that he too plans on campaigning ahead of the Georgia runoffs.