Gable, who won two national championships wrestling for Iowa State University and a gold medal in the 1972 Olympic games in Munich, Germany, campaigned for the president in Iowa ahead of the 2020 election. After the conclusion of his own career, Gable took over as head coach at the University of Iowa and from 1976 to 1997, guided the Hawkeyes to 45 individual national championships and 15 program titles.

He joined Trump onstage at a rally in Des Moines in October, where the president first announced he’d be honoring Gable at the White House. (EXCLUSIVE: Trump Allies Go To War With Former Democrat ‘Con Artists’ Lin Wood And Sidney Powell Over Senate Runoff Comments) 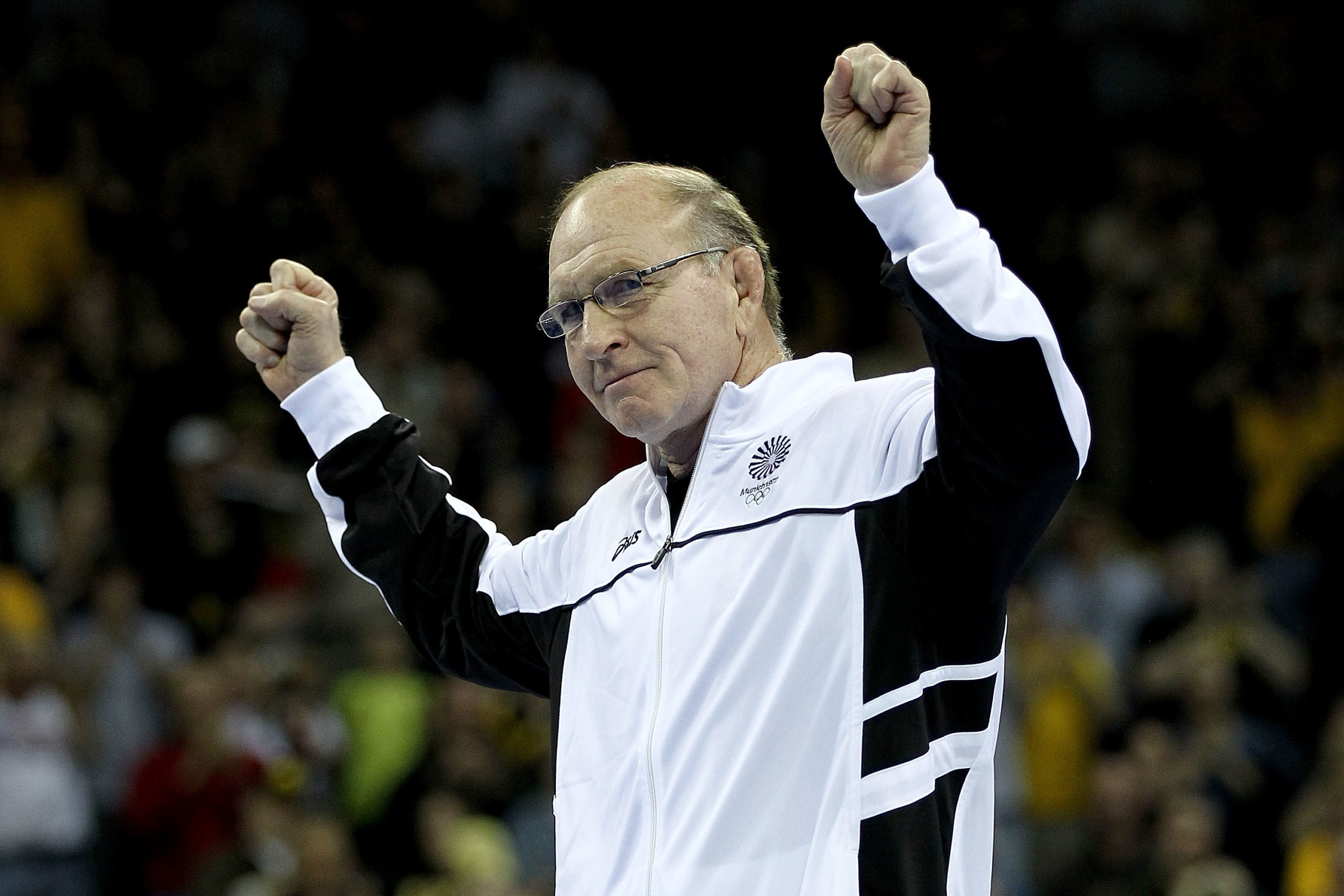 IOWA CITY, IA – APRIL 21: Dan Gable acknowledges the crowd after being introduced as part of the 1972 Olympic team during the finals of the US Wrestling Olympic Trials at Carver Hawkeye Arena on April 21, 2012 in Iowa City, Iowa. (Photo by Matthew Stockman/Getty Images)

“He had to wrestle against the six greatest wrestlers in that weight class in the world,” Trump said at the time of Gable’s 1972 gold medal run. “He did something never done before: He didn’t yield one point throughout the whole thing.”

“This guy’s already a one-time champion,” Gable in turn said of Trump. “But because he’s open for learning and he’s already very competent, he’s going to be a multi-champion president of the United States of America.”

“It’s the highest honor or award you could possibly receive and I receive it with mixed emotions. First of all, I’m humbled,” Holtz told Fox News of receiving the award. “There are many more people far worthy than me I can assure you. Nobody is more appreciative than me. So, I’m excited to have this opportunity and at the same time, I’m excited to receive it from President Trump. The president I admire and respect. I think he did a tremendous job.”